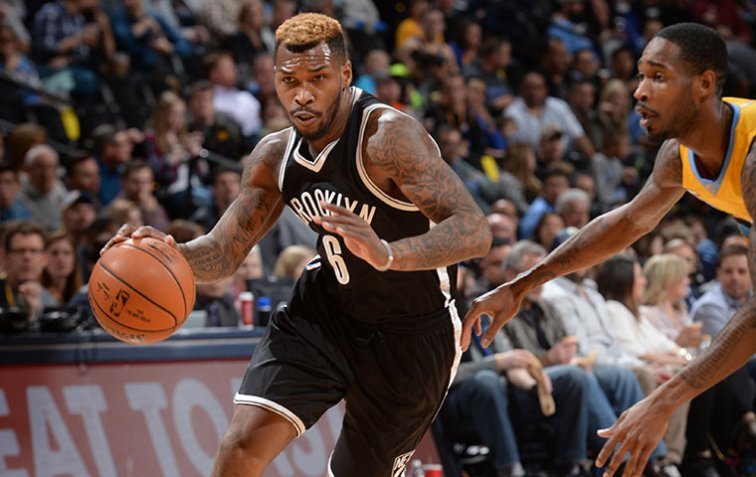 Ask any undrafted basketball player: carving your way into the NBA is a tough racket. No matter how good you were in college, the NBA is a different beast entirely, and there’s only a limited number of spots on each team. Sure, if you show you can play in the D-League, some team might offer you a 10-day contract. However, it’s important to note that the percentage of players who signed a multi-year contract afterwards is about one percent. That’s why Sean Kilpatrick, a 6-foot-4, 26-year-old shooting guard is such a success story. But, as they say, let’s start from the beginning.

In college, Sean Kilpatrick was a bonafide star. In his sophomore season with the Cincinnati Bearcats, he led the entire Big East Conference in 3-pointers made. In both his sophomore and junior season, he was selected to the All-Big East Second Team. Somehow, his senior season with the Bearcats was even more impressive. With an average of 20.7 points per game, Kilpatrick made it to the second place on an all-time Bearcats scoring list, behind only the great Oscar Robertson. He missed the All-American First Team by a single vote, and was named one of the ten Naismith Award finalists.

Despite his immense collegiate success, Kilpatrick went undrafted at the 2014 NBA draft. After numerous stints in the D-League and a couple of 10-day contracts with the Minnesota Timberwolves and the Denver Nuggets, Kilpatrick had enough name recognition to make the 2016 D-League All Star Game. That game was one of the most important reasons the Brooklyn Nets decided to give him a shot. During his two 10-day stints with the Nets, Kilpatrick scored 19 points in three different games. He impressed the Nets brass so much that they decided to reward him with a three-year deal. He continued to be one of the rare bright spots on an underachieving Nets roster during the rest of the season, scoring a career-high 26 points against the Indiana Pacers. This was Sean Marks‘ first major signing since he took over as the general manager.

Sean Kilpatrick’s greatest strength is undoubtedly his scoring prowess. Despite his average athleticism, he is incredibly efficient at the rim, putting many of the league’s starting centers to shame. His mid-range game is also promising, and he hit a solid 45% of the long twos he attempted. His outside shooting could use improvement, but it’s reasonable to assume he’s still getting used to the NBA three-point line. Even as it stands, his 34.2% behind the line means his defenders can’t just forget about him on the perimeter. His overall shot selection is great, which is hardly a surprise for someone who learned the trade in the D-League. If Kilpatrick continues to work on his shooting touch, he could have a long and successful NBA career. He also seems like a good cutter, though we haven’t seen much of him in that role so far.

Most of the other aspects of his game are a work in progress. He’s not a good defender, as evidenced by the fact that the Nets allowed a horrible 1.22 points per possession with him on the floor. Some of his struggles can be attributed to the Nets abysmal team defense, but that was not the only problem. He’s also an average dribbler and passer, which makes his game seem rather one-dimensional. Players like Lou Williams and Jamal Crawford have enjoyed long NBA careers with very similar games, but Kilpatrick is still young enough to work on his deficiencies.

Considering the glut of guards on the current Nets roster, Kilpatrick’s situation is slightly unclear. It doesn’t help his case that he can only play at the shooting guard position, as he’s too small for a forward and doesn’t have much of a playmaking instinct for a point guard. He’s a high-energy guy, which makes him ideal for the role of a shooter off the bench. The only problem is he’s going to have a lot of competition for those minutes. The preseason games should give us some more insight on this particular conundrum.

As the team’s first signing of the Sean Marks era, Kilpatrick probably holds a special spot in the fans’ hearts. The confidence he’s shown during those two months with the Nets should immediately endear him to Kenny Atkinson, as well. And no matter what his future in the Nets holds, Kilpatrick can be proud about being the one percent.