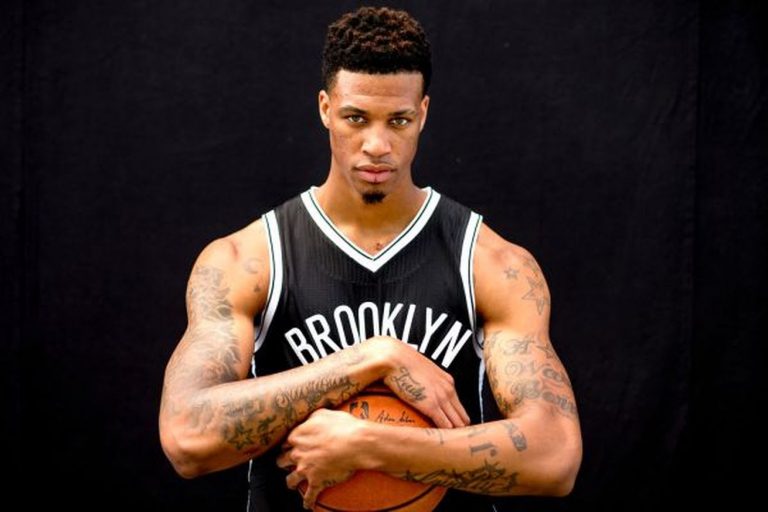 Considering their precarious lack of lottery picks, the Brooklyn Nets‘ best draft strategy consists of taking risks. In general, there are two basic roads a team can take: draft for fit or draft for pure potential. Most teams are fairly settled, and they normally use their first round pick to shore up a position of need.

The Nets are different. Since they’re not in real contention yet, they can afford to gamble on guys who slip through the cracks. That’s what they did in the 2016 draft by taking a flyer on Caris LeVert, a potential star with a worrisome injury history. It was the same logic they used the year before, when they drafted Chris McCullough.

Coming out of high school, Chris McCullough was a player in high demand. However, it didn’t take him too long to decide he wanted to join the Syracuse Orange, one of the most revered basketball programs in the country. He immediately jumped into the starting five, but his promising freshman season was cut short after an ACL injury. He ended up playing only sixteen games for the Orange, averaging 9.3 points, 6.9 rebounds and 2.1 blocks per game. Though still recovering from the injury and thus unable to do any workouts, McCullough decided to declare for the draft.

Due to the fact that the nature of his injury would see him miss the majority of his rookie season, he was expected to be taken somewhere in the second round. Of course, the Nets had no intentions of waiting that long, selecting him with the 29th overall pick. As expected, he didn’t make his NBA debut until early February, when he came off the bench against the Denver Nuggets. He continued to get playing time until the end of the season, eventually making appearances in 24 games. He averaged 4.7 points, 2.8 rebounds and 1.2 steals in 15.1 minutes per game.

With his 6’11” frame and 7’4″ wingspan, McCullough has the looks of a prototypical modern power forward. It doesn’t hurt that he’s also very athletic and fluid for his size. His shooting stroke looks good, and he’s clearly putting in work towards extending his range. Add some nice post moves and the ability to attack off the dribble, and you get a fairly versatile – though unpolished – offensive talent. In a couple of years, he might be one of the league’s most efficient stretch fours. His combination of length and foot speed allows him to switch onto anyone if the situation calls for it. His feel for the game is outstanding, as evidenced by his steals and blocks per game.

The biggest problem with McCullough seems to be his motor, as he’s very prone to coasting through games. On the defensive end, he gives up his position in the paint too easily. He’s still extremely raw, frequently forgoing his defensive assignments in order to chase steals. His lack of discipline and strength means it will probably take him a few years to fulfill his true potential. On offense, his efficiency around the basket leaves something to be desired. He’s also a dismal free throw shooter, hitting a mere 11 of 23 free throws with the Nets. Most of all, he needs to work on his indifferent approach to the game.

Given that McCullough started the final four games of the 2015-16 season, it seemed pretty obvious that the Nets had big plans for him. With the additions of Trevor Booker, Luis Scola and Anthony Bennett, his status is less clearly defined. Considering he needs to improve his fundamentals in order to have a chance in the league, he will probably start the season behind Booker and Scola. Naturally, his development during the season should have a big effect on his playing time. If he can turn into a consistent 3-point shooter, his chances of making the rotation will be that much better.

Before his ACL tear, McCullough was mostly seen as a lottery pick. After all, athletic power forwards with his kind of an offensive skill set don’t exactly grow on trees. Though his injury history is far from the only red flag related to his game, McCullough shows enough promise that he’ll be able to overcome those issues and turn into a decent NBA player. And of course, the fact that he’ll be working with Kenny Atkinson makes his future that much brighter.