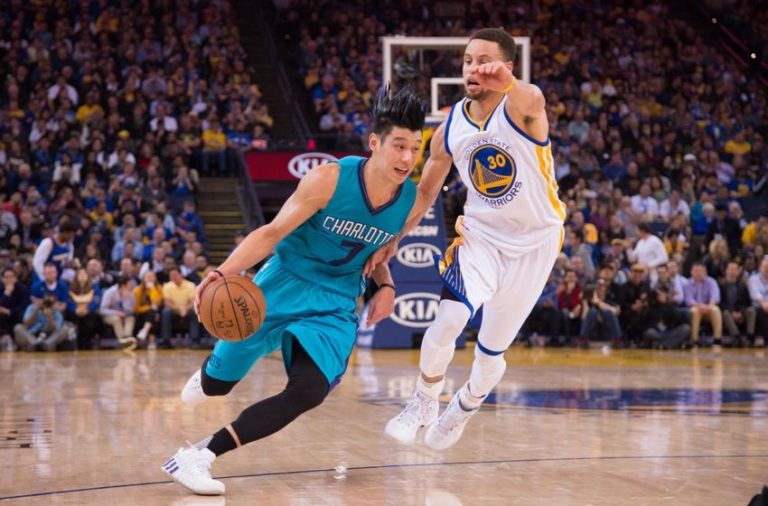 Reasons to Be Excited for Jeremy Lin

Reasons to be excited for Jeremy Lin

First and foremost, I would like to say I’m over the moon that Jeremy Lin signed with the Brooklyn Nets during free agency. It has been a pretty tough 4 years for Jeremy Lin since Linsanity occurred. He said in an interview during the Nets media day “those 4 years have been very good learning experiences”, but ultimately we haven’t seen the best of Lin and what he is capable of due to the situation and circumstances he found himself in.

Signing with the Brooklyn Nets has given Lin a great opportunity to express himself and will allow him to see how good he can be. Over the course of the last 4 years Lin hasn’t been in the ideal situation for various reasons. This is down to his coaches lack of believe in him and also when he was a Laker his team were busy tanking for that high draft pick. The majority would agree that it’s extremely tough to succeed if you don’t have the coaches believe. I have to exclude the Charlotte Hornets out of this equation because they are a classy team with a good coach in Steve Clifford who treated Lin with great respect and allowed Lin to rebuild his reputation and market value which has lead him to signing with the Nets.

Lin’s role has been restricted since Linsanity, some of it is down to his own doing but somethings are out of his control. He is a point guard who has been played out of position for the majority of those 4 years and it is now time for him to play in his favoured position where he flourishes and that is with the ball in his hands, with the offense running through him. This will give Lin the chance to show he can be a leader which he is destined to be. Nets coach Kenny Atkinson has confirmed Lin will be his full time point guard and that was great to hear. This gives Lin reassurance and believe and it bodes well for his confidence.

It’s very fair to say Lin hasn’t been able to utilise his skillset that he possesses. He has many weapons in his arsenal where he can hurt opponents which we haven’t seen enough of. Making him stand in the corner as a spot up shooter is not his game. It has been frustrating to watch, especially last season where he only made 33.6% of his 3 pointers. Being the full time point guard, Lin does not have to stand in the corners waiting for the ball to come, he will be the one dishing the ball to the more prolific shooters.

Lin is a decent shooting guard, he has showed he can be effective in that position and hold his own and can do a decent enough job for his team. However, when he plays as the point guard he is a different animal altogether. He has so much more freedom and control, he can dictate games when he has possession. In recent memories, the game against current champions Cleveland Cavaliers where he was phenomenal playing as the point guard leading the Hornets to a memorable win. I am very confident that we will see these kind of performance more regularly with Lin being the point guard.

Looking through the Nets roster, realistically they don’t have a team that looks like will be able to get into the playoffs. That doesn’t mean they will be push overs because Kenny Atkinson will get them battling hard. They have some talented players who still have to prove themselves. The Nets have a vision and it is a process, they won’t transform into a winning team overnight, it’ll take time and we just have to be patient for the mean time.

The Nets will be relying heavily on Lin and centre Brook Lopez if they’re to be competitive each and every night. I expect a lot of pick and rolls between those two which should be extremely fun to watch. This duo has the potential to become deadly combination.

A player of Lin’s calibre has not played nearly enough minutes in his career. He has only averaged 28.3 minutes in the past 4 seasons. I suspect his minutes will rise into the thirties. More minutes will mean a bigger role. He will have a huge part to play for his new team, he’ll be a much more important player compared to when he was coming off the bench for the Rockets, Lakers and Hornets. Lin will know what his role will be each night unlike the uncertainties with coming off the bench. Consistency is a word that gets linked a lot with Lin. With a consistent role we will should see a more consistent Jeremy Lin.

Last season with the Charlotte Hornets I saw a coach who wanted Lin on his team and was excited to work with him. Coach Clifford wanted to utilise Lin’s skillset, whether Steve Clifford could have done a better job? There is always room for improvement. I had the feeling Lin’s previous coaches when with the Lakers and Rockets never really wanted Lin on their roster, they didn’t appreciate the skills he brings.

Nets coach Kenny Atkinson wanted Lin as his full time point guard. He will invest his time in developing Lin and give Lin the best opportunity of succeeding. Kenny Atkinson has worked with Lin during the Linsanity days, he knows what Lin can achieve when the system is right and when the coaches allows him to play his game.

The partnership with Coach Kenny Atkinson and Jeremy Lin excites me and should excite Lin and Nets fans too. They both know and have worked with each other before and they both seem to trust and see eye to eye. Lin will not be treading on egg shells when working with Kenny Atkinson, he will know where he stands. I’m positive it will not be anything like playing under Kevin McHale. Lin will have a much longer leash and will not be pulled to the bench after every little mistakes he makes. He will be able to play through his blunders.

I’m not someone who rocks a crazy or creative hairdo. I’m a very simplistic kind of guy when it comes to hair styles, but I’m intrigued by Lin’s hairstyles. Just when we thought it couldn’t get any funkier than the Mohawk he then rocks a double man bun. I can’t even imagine what Lin will be rocking on the court next season. I’m sure he has some surprises under his sleeves.

I’m itching for the new season to start it could not come soon enough because there is so much to look forward to. This is a new chapter in Lin’s career and it is a very important one. He has to grab this opportunity with both hands and make his mark felt. There are many reasons to be excited, all Lin can do now is work on his game and keep on improving each and every day.