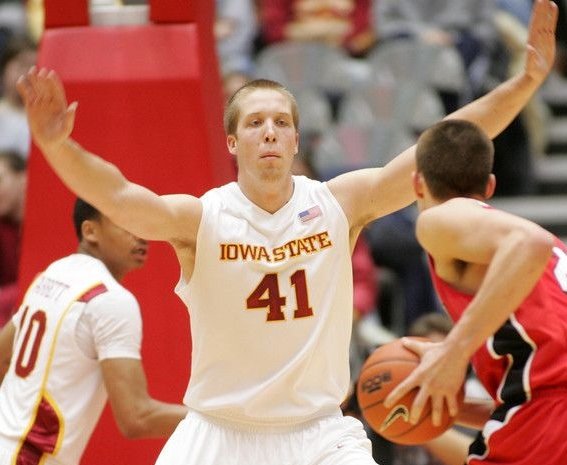 After the first day of free agency, the biggest Brooklyn Nets-related story was undoubtedly the signing of Jeremy Lin. However, the Nets made another move that day by signing Justin Hamilton to a two-year, $6 million deal. The 7-foot center is far from a household name, but it seems like Sean Marks and Kenny Atkinson are enamored with him. A month has passed, the Nets roster is more or less settled, and Hamilton is still the only true center the team has, other than the irreplaceable Brook Lopez. As it stands right now, Hamilton looks poised to get his first real chance in the NBA.

After receiving limited minutes in his first two years of college career at Iowa State, Hamilton wanted a change. He decided to transfer to the Louisiana State University, where he was forced to redshirt the 2010-11 season. The following season saw him become one of LSU’s most important players. He averaged 12.9 points, 7.2 rebounds and 1.3 blocks per game, while shooting an excellent 61.7% from the field. He decided to forgo his senior season and declare for the 2012 draft, where he was selected as the 45th overall pick by the Philadelphia 76ers.

For a long time, Hamilton couldn’t get a chance in the NBA. After being waived and sent to the D-League numerous times, he decided he’d had enough and went to Europe. His one-off season with Valencia Basket proved to be a shrewd move, as it led to him improving his overall game and being selected to the All-ACB First Team. More importantly, NBA teams now had a better idea what to expect of him. As soon as free agency opened, Hamilton signed his first multi-year contract in the NBA with the Brooklyn Nets.

As Red Auerbach once famously said, you can’t teach height. As a 7-footer with a 7’2″ wingspan, Justin Hamilton certainly excels in that regard. Of course, that’s far from his only NBA skill. For a man of his size, he’s surprisingly mobile and capable of running the floor in transition. His shooting stroke looks pretty good, with a light touch and a high release point. His right-handed hook is his main go-to move around the rim, and he seems very comfortable with it. While at Valencia, he connected on 40% of his outside shots, though the shorter three-point line likely helped a bit. He’s an excellent free throw shooter for a center, converting close to 80% of his attempts at the line. On the defensive end, his solid fundamentals go a long way towards covering his weaknesses.

Still, Hamilton will likely never be a plus defender due to his lack of elite athleticism and explosiveness. He could also stand to gain some muscle, as he often gives up the post position too easily. Other than his right hook, his arsenal of post moves is lacking. As a result, his finishing around the rim is noticeably mediocre. Considering that area is his bread and butter, this is a pretty serious issue. He’s still an unproven commodity in the NBA, and it remains to be seen whether he can stand out once he gets the chance.

As one of the only two true big men a team filled with power forwards and combo guards vying for minutes, Hamilton will more than likely be the team’s backup center to start the season. From there on, everything will depend on his performances. His shooting makes him a good pick-and-pop target, so expect plenty of those when he’s on the court. If his season at Valencia is anything to go on, he might even bring some 3-point shooting into the equation. He still needs to get used to the NBA 3-point line, but the potential is clearly there.

The fact that the Nets decided to sign Hamilton as soon as the transfer window opened instead of chasing bigger fish is certainly interesting. Sean Marks didn’t mind focusing on his positive characteristics, citing his energy and the ability to stretch the floor as important weapons in today’s league. On the other hand, signing him to a multi-year deal is a pretty risky move. Justin Hamilton’s overall inside-outside game shows promise, but his NBA career consists of a mere 49 games. European basketball is a nice litmus test of one’s basketball prowess, but it’s not a guarantee of success. If Hamilton wants a place in the NBA, he’s going to have to use his playing time wisely.