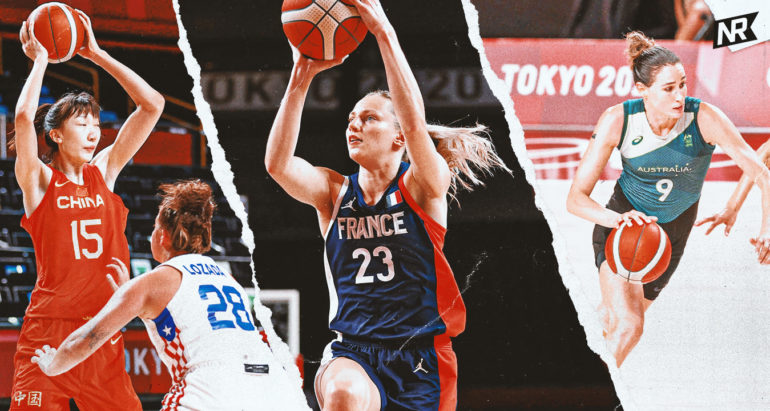 Women’s basketball group action in got underway at the 2020 Olympic Games on Monday in Tokyo, leading into the wee hours of Tuesday morning in New York City. NetsRepublic has you covered on the latest New York Liberty happenings at Saitama Super Arena…

(All games can be seen on the NBC Sports app)

In France’s opener against host nation Japan, Marine Johannes sank three of her first five attempts in the first half but was held scoreless in the second (0-of-3 from the field). Curiously, as a three-point shootout erupted in the final quarter, Johannes was mostly kept on the bench, only entering for the final 18 seconds. Japan won the opener 74-70 to take an early lead in Group B play.

Elsewhere for the French, the Liberty’s 2021 third-round pick Marine Fauthoux earned a point, assist, and rebound each over nine minutes of play.

In her Olympic debut, Bec Allen shot 3-of-11 from the field (2-of-6 from three-point range) as Australia fell to Belgium by an 85-70 final. Despite the defeat, Allen was one of four Opals in double-figures, while she also added a block and a steal. Australia as a whole struggled in the final frame, where they were outscored 29-13. Washington’s Emma Meeseman led the way with 32 points for the Belgians.

China shares the early lead in Group C play thanks in part to a double-double effort from Han Xu, the Liberty’s second-round pick from 2019. Han’s 14 rebounds are an Olympic-high through the first games of stage play and she also added 11 points (5-of-7 from the field) over 19 minutes in China’s 97-55 win over Puerto Rico.