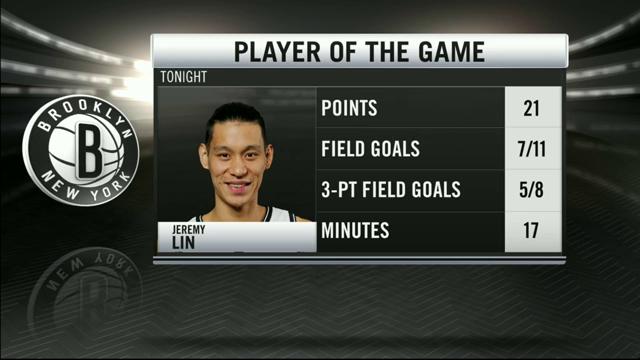 It has been a long summer, but Nets basketball is almost back. Unlike some previous years, however, the fans have every right to be hyped for the upcoming season. With Sean Marks taking over as GM and Kenny Atkinson as the new head coach, the Nets are standing on the precipice of a new era. They will start off the six-game preseason schedule on Thursday, when they welcome the Detroit Pistons to Barclays Center.

Among other things, this will allow us to take a first look at the Brook-Lin combo. Their pick-and-roll play should be a staple of the team’s offense, and all the reports are saying they gelled quickly. It will be interesting to see whether they can be efficient enough in their roles. They are both likely to be a part of the Nets’ DNA for the foreseeable future, and developing a connection would be a good first step towards the franchise’s return to prominence.

Another thing to watch out for is what the rest of the Nets’ game plan will look like. Recent drills and scrimmages have revealed that Kenny Anderson is serious about installing a motion-heavy offense. Screening, spacing and ball movement was the name of the game, and almost everyone on the team attempted some three-pointers. This system is very reminiscent of Mike Budenholzer’s work in Atlanta, and it can be incredibly effective if executed correctly. The only question is whether the Nets have the right personnel to make the best of it.

The rotations themselves are far from set in stone. For this particular game, Atkinson might opt to rest Bogdanovic, who enjoyed a busy summer with the national team. If not, Bogdanovic should be the team’s starting shooting guard. Lin, Hollis-Jefferson, Booker and Lopez should form the rest of the starting lineup. With Caris LeVert struggling with a foot injury, the team’s backup small forward spot is seemingly up for grabs. The most obvious candidate to fill in is Joe Harris, who has been very impressive during the team’s practices.

As this is preseason, we should expect the players on non-guaranteed contracts to get some playing time as well. The Nets have five of them: Yogi Ferrell, Jorge Gutierrez, Beau Beech, Chase Budinger and Egidijus Mockevicius. While they’re not too likely to make the final roster, the preseason offers them a chance to impress the coaches. Ferrell has been very energetic and deadly from long range in the scrimmage recently, which bodes well for him.

As for the Pistons, they have just announced Reggie Jackson will miss 6-8 weeks due to left knee tendinitis. In his absence, Ish Smith will take over as the team’s starting point guard, with Ray McCallum, Jr. and Lorenzo Brown fighting for backup minutes. The Pistons have retained their entire core from last season, which gives them an edge in familiarity with the system. This is always a big plus early on in the season. Defending the Smith-Drummond pick-and-roll will be a big test for the Nets.

Well, that’s one way to kick off your season.

With so many new faces getting playing time in their preseason opener against the Pistons, the Nets were expected to be a bit rusty and unorganized. And to be fair, they were – but only on the defensive end. Kenny Atkinson’s motion offense clicked from the start, and the Nets’ constant movement got them a lot of easy looks. Sure, it’s only a preseason game, but the Nets haven’t looked this good in a long time.

After an early Pistons 14-6 lead, Atkinson decided to call his first time-out. In what would become the theme of the night, the Nets returned to the floor with a newfound fervor. Following a 7-0 run, Lopez scored a hook shot to give the hosts their first lead of the game. Both teams finished the first quarter with 32 points.

The back-and-forth continued in the second quarter, with neither team able to run off with the game. Jeremy Lin was shining bright during this period, looking every part like the leader the Nets want him to be. Luis Scola was working his old man magic, hitting three-pointers out of pick-and-pop like it was nobody’s business. Both teams ended the first half shooting over 50 percent from the field, with Detroit having a slight 59-57 lead.

Thanks to Lin’s outside shooting and facilitating, the Nets managed to establish a double-figure lead in the second half. It didn’t last long, however, as Detroit clawed back to take a 78-77 lead before the end of the quarter.

Like in most preseason games, the fourth quarter was a chance for the bench units to prove their worth. The Nets didn’t disappoint in this regard, either. Yogi Ferrell, Jorge Gutierrez, Chase Budinger, Anthony Bennett and Chris McCullough closed the game out by outscoring the Pistons 24-16 in the final stretch. The final score was 101-94, with Kenny Anderson starting off his head coaching career with a well-deserved victory.

Jeremy Lin led the Nets with 21 points on 7-of-11 shooting and 5-of-8 shooting from three-point territory in just 17 minutes of action. However, it seems Lin’s only highlight shown in videos is an air ball layup off a steal. Joe Harris and Scola were the only other Nets players in double figures, with 12 and 10 points respectively. Andre Drummond led the Pistons with 17 points and 21 rebounds in 24 minutes of play.

With Bojan Bogdanovic rested, it was Randy Foye who took over the starting shooting guard spot. Atkinson utilized fifteen players in this game, with nobody getting more than 21 minutes. Somewhat surprisingly, Brook Lopez clocked only 13 minutes – all in the first half. Still, he was a focal point of the team’s offense during that period, scoring 8 points and grabbing 2 rebounds.

The biggest takeaway from this game is the Nets’ willingness to shoot from the outside. Out of fifteen players who took part in the game, twelve of them tried at least one three-pointer. They were also quite efficient while doing it, finishing the game with 14 threes out of 34 attempts.

As far as new eras go, this looks to be a beginning of a good one. The ball were moving among the teammates, the pace was rapid. Congratulation goes out to Landry Fields, Lin’s team mate from Linsanity era who welcome a new son Kai David Fields yesterday.  The Nets continue their preseason schedule on Saturday, when they take on the Knicks at Madison Square Garden.

Jeremy Lin puts up 21 in his @BrooklynNets #NBApreseason debut! pic.twitter.com/cLRTvXATTf

Your feedback below my article would help improve the quality of future articles.