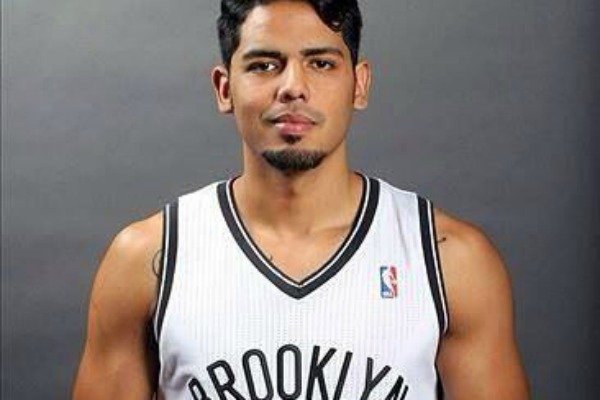 Fighting for a Spot: Jorge Gutierrez

On September 21, the Brooklyn Nets made their final off-season move by signing Jorge Gutierrez to a training camp deal. This brings their roster to the maximum of 20 players, just a week before the training camp officially opens. The 27-year-old Gutierrez and Brooklyn already have a bit of a history. He played with the Nets on two separate occasions in 2014, before eventually getting traded to the 76ers. Gutierrez is the fourth Mexican to play in the NBA league.

After a four-year college career with the California Golden Bears, Gutierrez was selected by the Canton Charge in the second round of the 2012 D-League draft. In 2013, he made the D-League All-Rookie First Team. He signed a multi-year deal with the Nets in 2014, but was soon traded and waived by the 76ers. In 2015, he signed a multi-year deal with the Bucks after proving himself during two 10-day contracts. However, he was waived before the beginning of the 2015-16 season. His final NBA stop were the Hornets, where he was signed to a rest-of-season contract in March this year. Gutierrez played 53 games during his NBA career, averaging less than 3 points per game. He’s been more successful at the international level. At the 2014 World Cup, he averaged 9.6 points and 2.3 assists in 10 games with Mexico.

Standing at 6-foot-3, Gutierrez can boast with a decent size for a combo guard. He is a plus defender on the NBA level, playing with consistent effort and intensity on every possession. His solid lateral quickness and awareness allows him to help and recover effectively. He has a knack for coming up with steals, though he sometimes gambles too much. On the offensive end, he displays a solid understanding of the game. He’s not incredibly creative, but he does have decent court vision and ball-handling skills. He is a hard worker and an excellent locker room presence.

Though he can make a jumper if the opposing defense ignores him, Gutierrez has never been much of a shooter. To make matters worse, most of the other elements of his offensive game are distinctly average. His lack of explosiveness prevents him from being an efficient finisher around the paint. He’s not a true floor general either, which makes his offensive limitations all the more apparent. His drive-and-dish game shows some promise, but the opponents will usually just go under every screen, daring him to beat them from the outside. At 27 years old, he’s pretty much a finished product.

Given that Greivis Vasquez is still battling a foot injury, it’s not a surprise to see the Nets take a glance at other options to fill in at the guard spots. Compared to the other combo guards on the roster, Gutierrez is certainly one of the best defenders. However, his struggles on the offensive end are probably too big of a hurdle to overcome. He would have to drastically improve his shooting prowess if he hopes to make the final 15-man roster. At this point of his career, that’s just not very likely. Of course, he’ll get a chance to prove himself during the preseason.