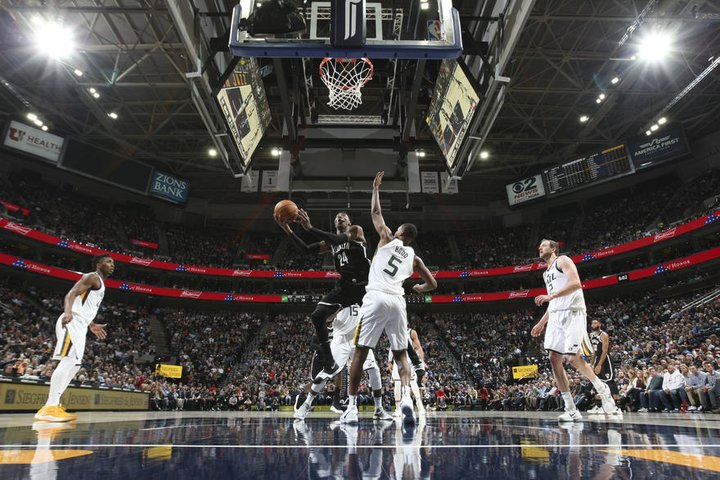 The Brooklyn Nets entered their game against the Utah Jazz with a matching 5-7 record. However, the two teams are polar opposites in every way but the win-loss column. The Nets play at the league’s fastest pace, while the Jazz play at one of the slowest. Brooklyn is an offense-first team, and Utah is a defense-first team. The Nets were arguably over-achieving at 5-7, while Utah has been disappointing after winning 51 games last season.

The Nets managed to win the pace battle, but ultimately lost the war as Utah won 114-106. While this game sadly ended in a Nets loss, there were some important takeaways from this game for the Nets to focus on in preparation for their upcoming clash with the Boston Celtics.

Just like the clash between the styles of their two teams, these young guards are close to complete opposites. Mitchell is already looking like one of the steals of this past draft after being taken with the 13th overall pick. His spectacular athleticism and defensive intensity mask a somewhat shaky jump shot. Russell, on the other hand, is a scoring machine with a beautiful jump shot who does not have elite NBA athleticism or all that much defensive intensity. Ultimately, however, both Russell and Mitchell used their strengths to finish the night with eerily similar stat lines.

Rondae Finding His Way (to the line)

Rondae Hollis-Jefferson’s leap has arguably been the biggest storyline of this young season in Brooklyn. His stats have jumped across the board, as has his defensive intensity. His confidence might be at an all-time high, as he has been more aggressive at attacking the basket than at any other point in his career.

Hollis-Jefferson showed that increased aggressiveness in driving to the rim in this game and was repeatedly sent to the stripe for his troubles. He went 11-of-12 from the free throw line in this game, increasing his free throw percentage to a career-high 85.5 percent. The forward is also now averaging 5.8 free throw attempts per game, a massive jump over his 3.2 free throw attempts per game last year. He has been on the attack far more this season than he has in the past, and he and his team are looking better as a result of that.