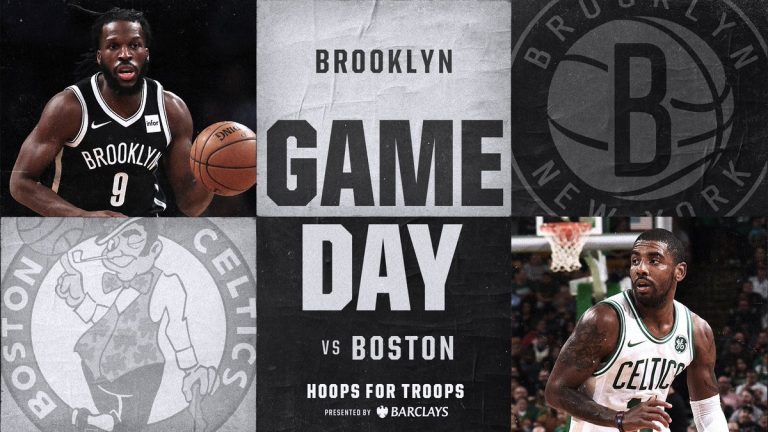 The Nets are finally coming home. And their first challenge is the Boston Celtics, who are riding a 12-game win streak and look like the best team in the NBA. Even without Gordon Hayward and Kyrie Irving, the Celtics have been able to separate themselves from the competition because of Brad Stevens. He’s cultivated an elite defense that stifles opponents. That helps immensely when the offense shuts down.

Brooklyn is going to have their hands full with this one. They aren’t struggling to put points on the board, but D’Angelo Russell, their most dynamic scorer, is out for the foreseeable future because of a knee injury. Moreover, Spencer Dinwiddie is fresh off a hamstring injury, and we don’t know how long he’ll need to find his rhythm.

If this game turns into a slugfest, the Nets have almost no chance. Boston is 26th in pace while Brooklyn is first. Slowing the game down is what the Celtics want to do, and they’ll maul Brooklyn, force turnovers and get easy points. The Nets best opportunities will come in transition, but Boston is also very athletic and could run with them. What’s going to make a difference is how often their defense can force Boston into missing shots.

The Celtics don’t have a scary offense. Irving is the most threatening and the supporting cast is capable, but, with 102.2 points a night, they rank 24th in the league. Boston going cold from the field isn’t as far-fetched as it sounds. But I wouldn’t bet anything on it because history hasn’t been kind to the Nets. During their five-game trip, they surrendered 110-plus points to three teams: the Lakers, the Nuggets and the Jazz.

It won’t be a miracle if the Brooklyn Nets snap Boston’s streak, but it will be surprising — very, very, very surprising. The laundry list of injuries and shaky defense to start the season doesn’t bode well, but it’s the NBA, and anything is possible.