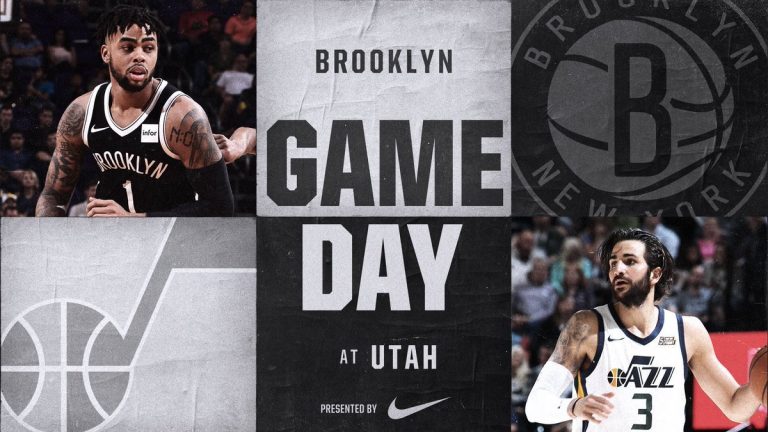 The Brooklyn Nets’ two-week Western Conference road trip is almost over. It has not been pretty, with the team accumulating a 2-3 record in November thus far. However, one of those two wins came against the Portland Trail Blazers in a rather thrilling showdown on Friday night. To cap off the week and road trip, the Nets travel to Salt Lake City to take on the Jazz in the second half of a back-to-back.

Utah has been battling struggles of its own, as the team is on the verge of a five-game losing streak. Its offense has been especially awful; most notably, the Jazz scored only eight points in the third quarter in their most recent loss to the Miami Heat. Yikes.

To make matters worse for the Jazz, starting center Rudy Gobert is questionable for this matchup against the Nets. The circumstances of his injury — Dion Waiters crashing into Gobert’s knee — have stirred some controversy, as Gobert has publicly stated he thinks “it was a dirty play.” It is good news for Brooklyn if Gobert will indeed not be active, as the Nets have established somewhat of a notoriety of being unable to contain an opposing team’s big man.

Keep in mind the Nets just played the prior night, however, and the game ended up going down to the wire. This back-to-back set marks Brooklyn’s second in the same week, though the team had three days of rest before hitting the floor at the Moda Center on Friday. Either way, back-to-backs are tough. It will be intriguing to see whether the Nets can come out on top in both games of a back-to-back set for the first time this season.

Head Coach Kenny Atkinson even implied the Nets were “being smart” by not playing Trevor Booker on Friday night. Booker’s status is probable against the Jazz (his former team), an upgrade from his questionable status the night prior. His presence on the floor would likely ease up Rondae Hollis-Jefferson‘s and DeMarre Carroll‘s roles in the rotation, as the two took up the bulk of minutes in Portland.

The Jazz’s offense is quite porous, as over the last four games, the team has had the fourth worst Net Rating in the NBA (per SLC Dunk). Brooklyn’s opponents have scored 114.6 points per game (second highest in NBA), so the fact that Utah is not so great at scoring might give the team some comfort. On the other hand, Utah’s defense is superb — the Jazz have only allowed their opponents to score 99.1 points per game (fourth lowest in NBA), and they are currently the third best defensive team in the league.

Brooklyn will have to fight through this excruciating defense to emerge with the victory, hopefully by displaying some of its excellent ball movement just one night ago. 39 of the Nets’ made field goals against Portland were assisted, with D’Angelo Russell (nine assists) contributing to a majority of this playmaking. Definitely watch out for the matchup between Russell and Ricky Rubio, as well.