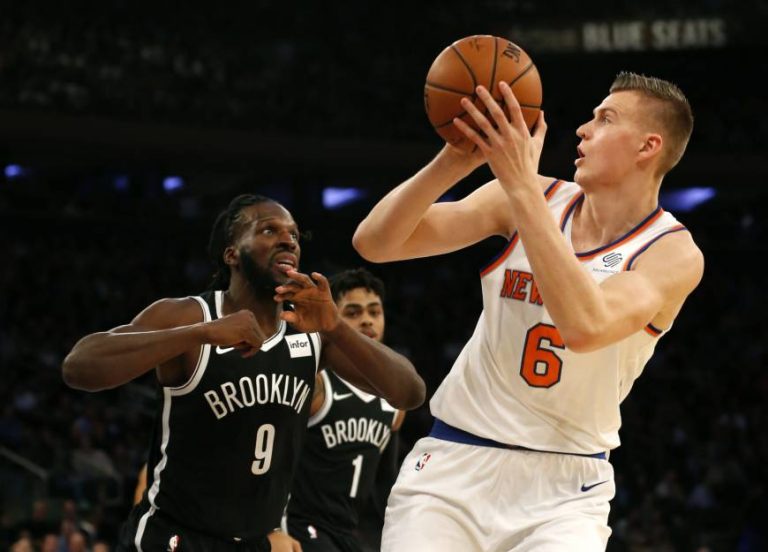 The Brooklyn Nets went into Madison Square Garden in clear control of the crosstown rivalry and left with far more questions than answers. Brooklyn started the game with a solid first quarter on both ends. The energy that led them to a strong start disappeared in a miserable second quarter, and things sadly did not get much better from there. Here are three points that stood out in a tough 107-86 loss to the Knicks.

Everything seemed to be going well for the Brooklyn Nets to start this game. They outscored the Knicks 28-23 in the first quarter, as Quincy Acy lit up his former team with three quick triples.

After that, everything fell apart for the Nets in the next three periods. Their offense slowed down to a standstill, as players (with exception of Spencer Dinwiddie, who dished out 11 dimes in just 20 minutes) would dribble the air out of the ball with barely any player movement around them. The Nets barely managed to double their first quarter scoring in the final three periods, putting up just 58 points in that stretch. Furthermore, they only scored 14 points in the second quarter–their lowest point total of the season thus far. Brooklyn’s stellar offense and pace over the first five games is far more telling than its putrid performance in this game, even if it stung to suffer its worst game of the season against its previously winless crosstown rival.

Return of Ice (in his Veins)

D’Angelo Russell has been a revelation for the Brooklyn Nets in this young season, so it was more than a little concerning when he sat out the game against the Cleveland Cavaliers with a right knee sprain. Luckily for the Nets, his injury was not serious enough to keep him out of this game. While the final score was troubling, DLo’s return assuaged most of those concerns.

Russell put up 15 points on 10 shots in 24 minutes of playing time. His passing was not particularly locked in, however–his lone assist does somewhat understate his passing performance, but Russell also worked the shot clock into the single digits multiple times without searching for his teammates. That being said, Russell can be forgiven for hunting his shot, given the miserable offensive games from his teammates.

The primary offenders on the miserable offensive game front were the two starting forwards. Rondae Hollis-Jefferson and DeMarre Carroll combined to shoot 3-of-13 and 1-of-4 from deep. Carroll looked lost on offense throughout the game, even as he was one of the few Nets who showed any defensive intensity in the third quarter. RHJ sat on the bench for most of this game, as Kristaps Porzingis demolished him on both ends of the floor en route to 30 points.

Hollis-Jefferson’s and Carroll’s poor nights appeared in even more stark relief in comparison to the solid games from Trevor Booker and Quincy Acy off the bench. Neither RHJ or Carroll is (or should be) in fear of their starting jobs after one tough game. After all, they have been two of the most pleasant surprises of this young Nets team. Like the rest of this Nets offense, they should expect to quickly bounce back from this one poor outing.