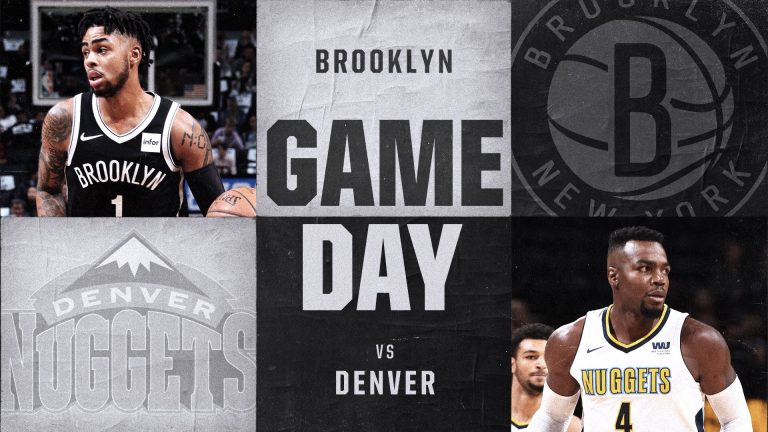 The Brooklyn Nets return home to take on the Denver Nuggets, after a disappointing loss against their cross-town rivals, the New York Knicks. With that defeat being a complete disaster, Brooklyn should be hungrier than ever for a triumph that will once again push it above the .500 mark.

Heading into the 2017-18 season, many saw Denver as a team that could potentially sneak its way into the playoffs. This was of course spearheaded by those who were excited about Nuggets big man Nikola Jokic, who had quite a sophomore year last season. “The Joker” averaged nearly a double-double in the 2016-17 campaign: 16.7 points and 9.8 rebounds per game, to accompany 4.9 assists, 0.8 blocks and 0.8 steals per game.

After five games this season, the Nuggets find themselves with a 2-3 record. And, while Jokic is already averaging a double-double through five games this season, he struggled in his first two contests. As much hype as “The Joker” has gotten coming into the year, he probably got as much hate after his scoreless performance in Denver’s victory over the Sacramento Kings on October 21. However, he bounced back with a 29-point performance, to go along with nine rebounds and five assists, in the following game. Jokic has capped off his five games with two more 18-point performances and some ridiculous rebounding totals of 11 and 15, respectively. Considering the Nets’ potential vulnerability down low with their lack of size, it is quite possible for Jokic to continue on his rampage of double-doubles.

As for the Nets, look for Caris LeVert to have a bounce-back game. It may have only been six games, but LeVert, in particular, has yet to show major strides in his shooting capabilities. The Nets sophomore is struggling especially from long distance, shooting just 19.2 percent (the caveat here is this has only been on 26 attempts).

LeVert’s counterpart on the wings, Allen Crabbe, has displayed his lethal shooting in various games, but has also somewhat alternated between having good and bad games. It may be unfair to put him entirely at fault in the Nets’ blowout loss against the Knicks since he only attempted two field goals in 20 minutes of action, but Brooklyn drastically needs its second unit to continue to show up. The Nets’ reserves are averaging 48.8 points (second-highest in NBA) through six contests. With DeMarre Carroll (incredulously Brooklyn’s second-leading scorer behind D’Angelo Russell) out for this match-up due to right ankle soreness, the Nets will look for other faces to pitch in.

Russell, in his second game back, also deserves your attention. In most of Brooklyn’s games already, the guard has shown his scoring abilities, but his assist totals have been low in the last couple of contests. He dished out just one assist in each of the Nets’ last two games.

Brooklyn has had a relatively lax schedule thus far and should try to finish October with a couple of more wins before undertaking its nightmarish November schedule. The most difficult of its opponents was the Cleveland Cavaliers by far, though the Nets came out on top in that match-up. They close out October against the Suns on Tuesday night in their final home game for a while, as a five-game road trip commences their November schedule. Both the Nuggets and Suns could potentially be winnable match-ups for the Nets, so hopefully, they will be able to power through even with recently-battered players.