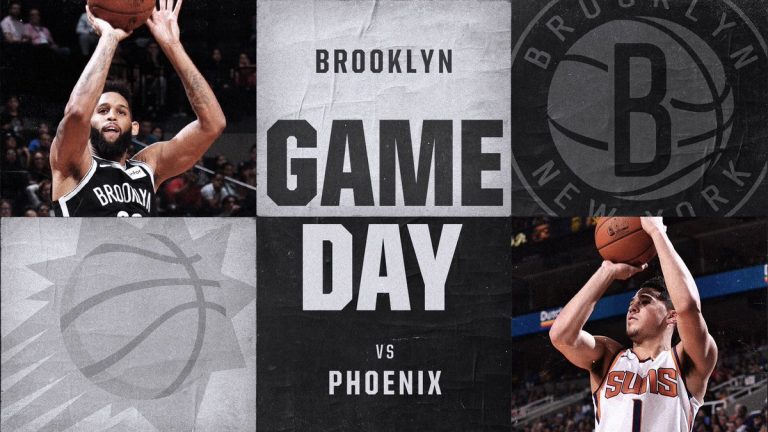 There are only a few things more frightening than Pennywise the clown, and one of them is the Brooklyn Nets potentially losing to the Phoenix Suns. I do not see it happening, but anything’s possible, especially since they got throttled by the New York Knicks on Friday, after I predicted them to win.

Phoenix has started this season as one of the NBA’s most dysfunctional teams. The front office is a mess, and the team is not playing well on either side of the ball. They are also riddled with injuries, and Devin Booker is one of the only optimistic things about the Suns. He is the Nets’ biggest priority on Tuesday. Through six games, he is averaging 20.5 points and shooting 44.2 percent from the field, but this is a different Booker. He is more engaged in other parts of the game. His 5.8 rebounds and 4.3 assists are on pace to be career-bests. With that said, Phoenix does not have much surrounding him, and that bodes well for Brooklyn.

The Nets’ defense has been terrible to start the 2017-18 campaign. With the Suns coming to Brooklyn, Kenny Atkinson can focus more attention on Booker because no one else matches the consistency and volume. (T.J. Warren is the closest and putting up 14 points a night on 45.5 percent shooting.)

If the Suns can hang a lot of points on the board, the Nets’ offense has to be firing on all cylinders. That, however, should not be too challenging against this defense. Phoenix is allowing the fourth-fewest attempts from three (24.8), but contradicts that by allowing its opponents to make 43 percent of their triples. That is last in the league. As we all know, Brooklyn loves to be reckless from behind the three-point line.

Brooklyn should be favorited to win this game because of who Phoenix is. The NBA is off to a weird start and, after all, the Nets did manage to beat the Cleveland Cavaliers somehow. One of my concerns — and this applies to any team that shoots the three heavily — is them going cold. That, however, fades a bit now that D’Angelo Russell is healthy, because he is someone who can create a shot for himself when the time comes.