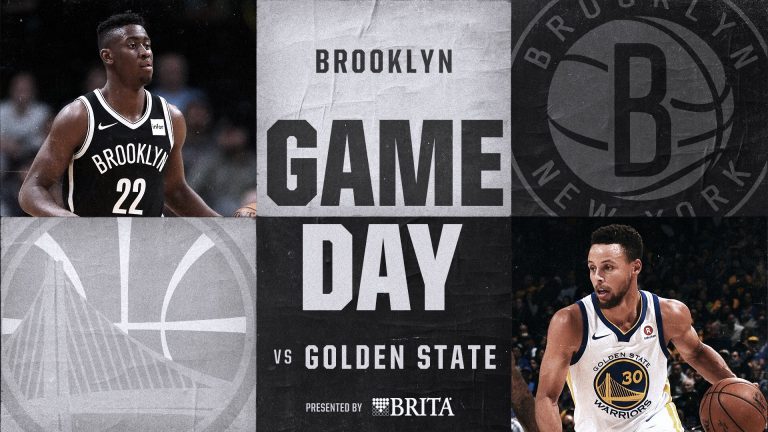 The Brooklyn Nets cap off the week in a matchup against the NBA’s defending champions. They are boasting a 6-9 record after a win against the Utah Jazz on Friday. In that game, despite D’Angelo Russell‘s absence, Spencer Dinwiddie went off and even set a new franchise record stat line in the process. Brooklyn could sure use some more record-setting on Sunday.

Meanwhile, the Dubs are coming off a close win against the Philadelphia 76ers on Saturday. They surprisingly trailed by as much as 24 points, but were able to claw their way back. Golden State fortunately outscored Philadelphia 47-15 in the third quarter to The Warriors will be pulling a double shift over the weekend, however, as they face the Nets in the second half of a back-to-back. Back-to-backs are not easy to pull off for any team, so this may play a role in how drained Golden State is coming into Brooklyn.

Most fans may be counting out the Nets already. This is understandable considering the Warriors’ status as the defending champs and at the moment, the second-best team in the West. It would not be the first time the Nets pulled off something near-miraculous and unbelievable, though. On October 25, Brooklyn defeated the Cleveland Cavaliers, 112-107, in a game that went down to the wire until the very last second. Before you say the Nets are even more crippled now without D’Angelo Russell, I will point out they did not have Russell against the Cavs, either. (Cleveland was also missing Dwayne Wade.) That makes things even more interesting.

It will be a tough feat for Brooklyn for sure, but the team is up for the challenge. DeMarre Carroll, who NetsDaily’s Anthony Puccio pointed out does not sugarcoat anything, has been the most vocal about the contest. “Just like we did against Cleveland, everybody doubted us and counted us out, but we gotta go out and show who we are,” he said after the Nets’ win over the Jazz, via Puccio/NetsDaily. Players on the Nets have never let preconceived notions define them and the team, so Carroll’s candidness is not too surprising.

Update: Kevin Durant will not be playing due to an ankle injury, so that is somewhat of a break for the Nets.