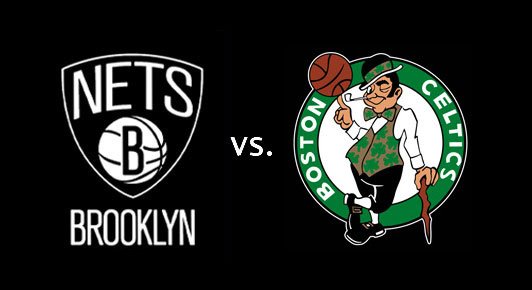 It’s only fitting that the Brooklyn Nets will play host to the Boston Celtics on St. Patrick’s Day, but hopefully Irish eyes will smile on the Nets as they try to establish their first winning streak of the season.

Boston rides into Brooklyn fresh off of a victory against a familiar foe in Tom Thibodeau and his Minnesota Timberwolves. The victory came with a price, as All-Star point guard and professional Nets assassin Isaiah Thomas suffered a knee injury that will sideline him for their current road trip. In his place, Brooklyn will most likely see the defensive minded Marcus Smart start in his place.

Smart has made a name for himself on playing enthusiastic defense and mastering the art of the flop. Smart is a gifted player in many ways, but his lack of polish on offense has limited how impactful he can truly be. Brooklyn Nets point guard Jeremy Lin will have his hands full on offense because Smart will make him work for everything he gets. Every entry pass is going to be contested, every drive is going to have Smart attached at the hip, every jumper is going to have him right in his face.

If Brooklyn wants to walk out of this one with a win they will need to focus on not getting disrupted by Boston’s defense, trying to exploit Smart’s lack of polish on offense, and getting Brook Lopez involved early and often.

Boston has one of the most formidable defenses in the league. Featuring lockdown defenders like Smart, Avery Bradley, and Jae Crowder, they can shut down and disrupt an opponent’s offense before they can even set things up because their guards and wings can attack the ball aggressively as they get into the half court. Once teams are set up, they are long and fast enough to keep everyone in front of them as they run plays.

Jeremy Lin will need to have a steady hand tonight and be sure to calmly run through the offense tonight. Hollis-Jefferson has a chance to play a good game against Amir Johnson and Brook Lopez can more than hold his own versus Al Horford, but the rest of the team will face an uphill battle. Avery Bradley will most likely eliminate Randy Foye from this game and Jae Crowder’s veteran bag of tricks stands to really disrupt LeVert, despite his recent hot streak.

The Brooklyn Nets defense will have to focus on trying to mess with Marcus Smart as much as possible when he is on offense. He is a career 36 percent shooter overall and only shoots 28 percent from deep on the season while taking almost ten shots per game. Lin will have to try to disrupt him while others stick close to their man. If Brooklyn can get him into situations where he has to shoot, that will be considered a victory on that possession.

Lastly, Brook will have to get involved early and often. When he gets rolling he can’t be stopped and the Nets could really use that kind of momentum in this game. They are coming off of their best stretch of games on the season but without key bench cogs like Kilpatrick and Booker, the production is going to have to come from elsewhere. Horford is by no means an easy assignment but given how skilled Brook is, he should have no problem finding his shot.

Any time Amir Johnson switches onto Brook, the ball should immediately be given to him and let him go to work. Jeremy Lin is very savvy, he should have no problem spotting the mismatches and finding Brook as he gets open. The chemistry between Brook-Lin is getting good enough that the team should seriously consider keeping this pair together as long as possible.