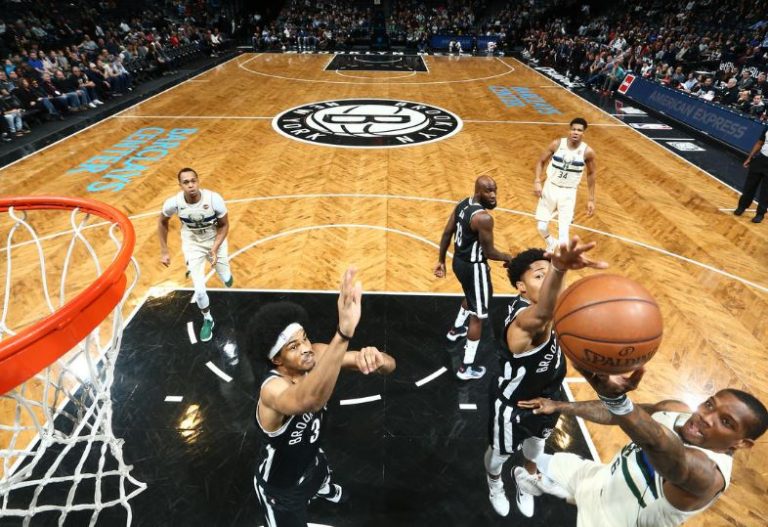 On a day when many Nets fans may have looked to the team’s game to avoid the impending horror of an Eagles-Patriots Super Bowl, Brooklyn faced the Milwaukee Bucks for the second time in the last ten days. The game ended with a slightly better result for Nets fans, but the team still lost in depressing fashion with a final score of 109-94 in a game that had very few positive takeaways.

With that, let’s look at some takeaways from this loss.

Jarrett Allen h his worst performance from the floor as a starter in this game. However, the standard of his previous three starts was an almost impossible bar to climb, and Allen was still impressive in this game.

He made seven of his 11 shots and was enough of a threat running down the lane that the Bucks started to alter their defense towards the end of the game to make sure someone was on Jarrett at all times. Allen also managed to avoid getting into foul trouble, something he has struggled with this season, as he committed only two personal fouls in 27 minutes of playing time.

Allen’s biggest issue in this game was in the rebounding department. John Henson managed to grab 18 rebounds, including seven offensive boards, as Milwaukee outrebounded the Nets 54 to 36 in this contest. Allen still needs to grow into his frame, and some added bulk will be vital to his ability to affect games on the glass.

He still has some games (such as the Nets’ recent win over Philadelphia when he grabbed 12 rebounds) where he can overcome his relative lack of size with great energy. Sadly, this game was not one of those games. Nonetheless, Allen’s offensive performance almost led the team in scoring and was yet another positive sign for the rapidly developing big man.

The Brooklyn Nets have clearly been bringing D’Angelo Russell back from his injury in a slow and carefully controlled fashion. However, his play since his return from injury has been troubling, to say the least. This game continued that trend of rough performances from Russell, as he finished the night with just three points on 1-8 shooting and fouled out in only 18 minutes of playing time.

Russell also deserves some of the blame for Eric Bledsoe‘s 28-point outburst and did little to counteract the strong play from Milwaukee’s starting point guard. Russell did at least dish out seven assists in this game (almost double his previous best since his return to action), and looked more involved as a playmaker than he had in recent games.

Russell’s willingness to actively facilitate instead of just hunting his own shots is a positive sign, but his play in this game showed that he has a long way to go before he is back at something close to full strength.

The Milwaukee Bucks took the lead at the 11:18 mark of the first quarter with a John Henson free throw. They never relinquished that advantage, as they scored the game’s first six points en route to a dominant first quarter.

The Bucks outscored the Nets 36-22 in the first quarter, and their largest lead of the night was 28 points. The Bucks took a crushing 62-41 advantage into the locker room at halftime.

Even though the Nets did manage to fight back with a strong third quarter and cut the lead to seven in the fourth quarter, this game was effectively over after the first period.

The Brooklyn Nets have lost a number of games this season in exactly that fashion–they have come out flat in the first quarter and failed to make up for it despite playing much better down the stretch. While the Nets might never have had a chance in this game, they certainly made it a lot harder on themselves by not matching their opponents’ intensity early in this one.