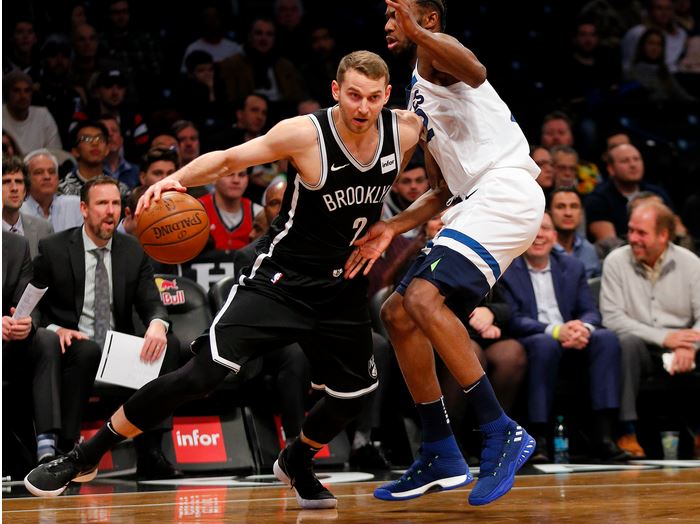 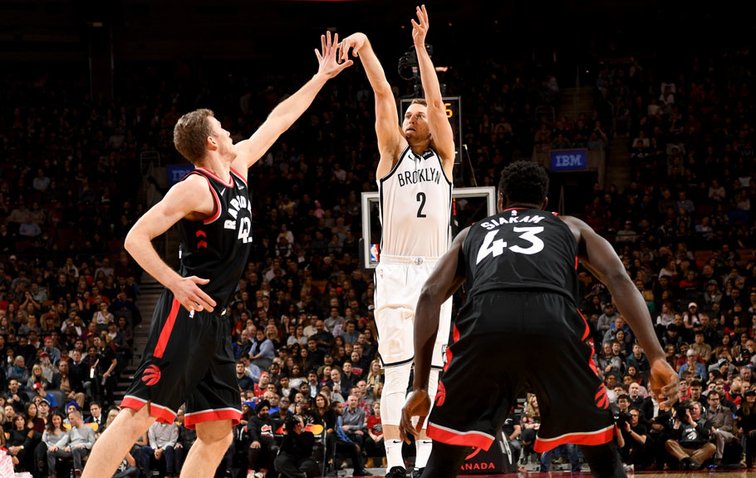 One of the newest faces to the Brooklyn Nets organization, Nik Stauskas’ inconsistency interferes with his playing time. The second half of the season provides him with an opportunity to prove he is worthy of regular minutes.

At 24 years old, Nik Stauskas is fast approaching journeyman status. Playing on his third club in four seasons, the eighth pick in the 2014 draft continues to struggle with inconsistent play. At one moment, Stauskas plays true to his nickname Sauce Castillo and puts up staggering numbers in limited minutes. The next he’s shooting 1-8 for three pointers with two turnovers in 20 minutes. The Canadian’s biggest issue is finding the happy medium and being able to consistently contribute to the team.

To be fair, he has played for two of the biggest circus’ in town. The Sacramento Kings and Philadelphia 76ers are the definition of instability. The Kings haven’t been relevant since Vlade Divac and Chris Webber in 2004 while the 76ers were allergic to winning under Sam Hinkie.

After playing a whopping 46 minutes in 23 games this season for the 76ers, Stauskas was traded to the Nets. Stauskas has been featured in 16 games for Brooklyn, let’s examine how he has fared compared to his 2016-17 season.

*These stats refer to his time in Brooklyn only.

Since his arrival, Stauskas has shot a ridiculous 46.1 percent from three. Is this sustainable? Probably not. However in Kenny Atkinson‘s spread offense, he will see a number of open looks. The Canadian is shooting a solid 40.1 percent on open shots (defender within 4-6 feet) and a scorching 51.9 percent on wide open looks (no defender within 6 feet). Get him open and there’s a high possibility its going down.

Possessing average athletic ability, speed and very little strength, Stauskas struggles to beat or take defenders to the rim. At times, his 205 pound frame resembles 170 pounds. Defenders bully him off his desired spots and every shot at the rim is difficult. He completes a lowly 33 percent of his drives to the cup with defenders often teasing him with open lanes.

The same applies in shot creation and shooting off the dribble from mid-range. He is shooting 27.3 percent inside the arc, often struggling with size and length. When Stauskas attempts to push off, the defender remains on top of him forcing a tough shot. His ability in college to create space has not translated into the NBA and appears to be best served as a spot-up shooter at this juncture.

The Canadian needs to put on some muscle to increase his confidence going inside. As long as he remains perimeter oriented and one dimensional, he is a difficult play as opposing defenses will key in on him knowing he won’t take it to the hole.

Defensively, the Canadian is paper mache on legs. Standing 6’6, 205 pounds with a 6’7 wingspan, Stauskas’ skinny frame, average length and low defensive IQ make him an easy target for opposing teams. He isn’t fast, doesn’t move his feet well or possess any defensive nouse, making him a liability in every defensive category.

Stauskas is the definition of a matador defender. Although he tries, he simply has no defensive chops and needs solid defenders around him. Until he improves this area, his playing time will always be capped.

His most impressive performance came in his season debut for the Nets against the Toronto Raptors. Hot Sauce came out firing, posting 22 points (6-9 from the field, 5-7 3PT, 5-5 FT), 7 rebounds and 2 assists in 28 minutes.

In theory, Stauskas is a perfect fit in Atkinson’s run and gun offense. The Nets throw up an average of 34.1 triples per game (2nd) but convert on just 34.6 percent of them (28th). Hot Sauce ability to hit the long ball will certainly help Brooklyn’s terrible three point percentage. The Nets willingness to get in transition and score buckets helps Stauskas as it appears that he is just a spot-up shooter at this juncture in his career.

However as long as he continues to be a terrible defender, his minutes on court will always be capped. In his performance against the Toronto Raptors, Stauskas was seen saying “he can’t guard me”. Well, he can’t guard anyone either. If he is able to become an average defender then Brooklyn have themselves a future piece.

Until then, his time on-court is limited at 10-15 minutes per night.