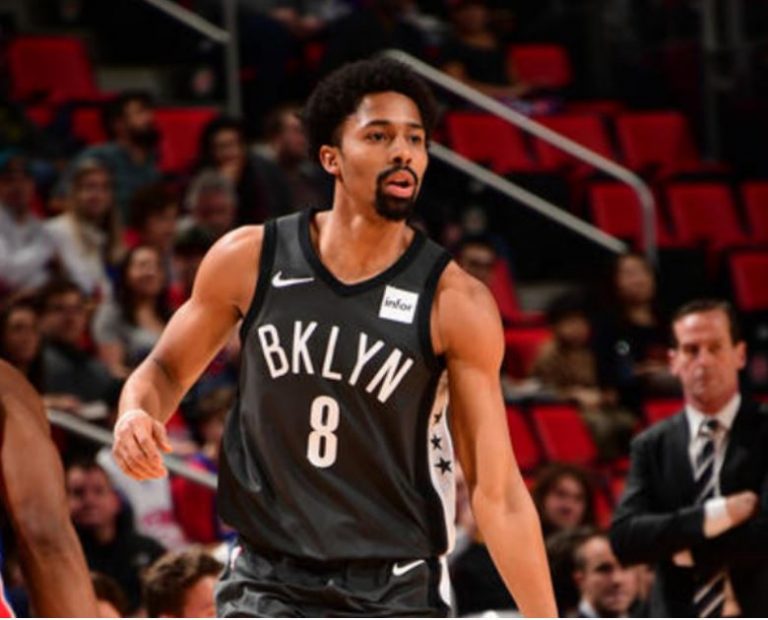 The Brooklyn Nets faced a team on a four-game losing streak on Sunday, but that did not make the challenge any less perilous. Still, the Nets charged out to an early lead, which they held for most of the contest. However, their double-digit leads in the first and third quarter both evaporated, and Detroit took the lead for the first time since early in the first quarter with just 4.7 seconds left on an Andre Drummond basket. Luckily, Spencer Dinwiddie was there to save the day. Dinwiddie’s late game brilliance led Brooklyn to a 101-100 victory, but his play was not the only crucial element in this Brooklyn Nets win.

D’Angelo Russell played miserably in his first game back against the Heat, missing all of his shots and scoring just one point in 14 minutes of playing time. Russell was marginally better in this contest, but still did not live up to his usual standards. He made one three-pointer, but made just one of his five shots from the floor. He also turned the ball over twice while dishing out only one assist, and committed three fouls during his short stint on the court.

Russell is clearly still adjusting to being back in game action. He looked more tentative in this game than he did in any of his first 12 games in Brooklyn, and still was not effective when he did decide to shoot. The Nets were already looking to re-incorporate Russell slowly, so he may have a few more poor games ahead before he gets back into the thick of things for the Nets.

Spencer Dinwiddie already has his share of late-game heroics this year. He added to those heroics in this game with yet another game-winning shot. After Andre Drummond put the Nets in a bad spot with a clutch bucket of his own, Dinwiddie clinched the win for Brooklyn with a basket with 0.9 seconds remaining.

Dinwiddie put up 22 points on just 13 shots, knocking down four of his six three-point tries in the process. While he was uncharacteristically sloppy with five turnovers, Dinwiddie led the team in scoring while nailing the crucial shot with time winding down. With D’Angelo Russell’s seemingly slow recovery, Dinwiddie remains just as critical as ever to the Nets’ success.

Spencer Dinwiddie may have been the late-game hero, but Rondae Hollis-Jefferson might have been even more important to the Nets’ victory. Rondae put up 21 points on 15 shots, and led the team with seven assists while also pulling down eight rebounds–more than anyone besides Tyler Zeller.

In addition to almost leading the Nets in the three triple-double stats, Rondae played a crucial role in the Nets’ defensive effort. The Nets managed to shut down Andre Drummond despite a bad night from Jarrett Allen, and RHJ and DeMarre Carroll were critical to the help defense that (mostly) kept Drummond in check. At this point in the season, it is clear that Rondae has taken a big leap this year–his improvement on both ends of the floor is above and beyond a hot start at this point. Hollis-Jefferson once again showcased his importance to this team with a top-notch effort.