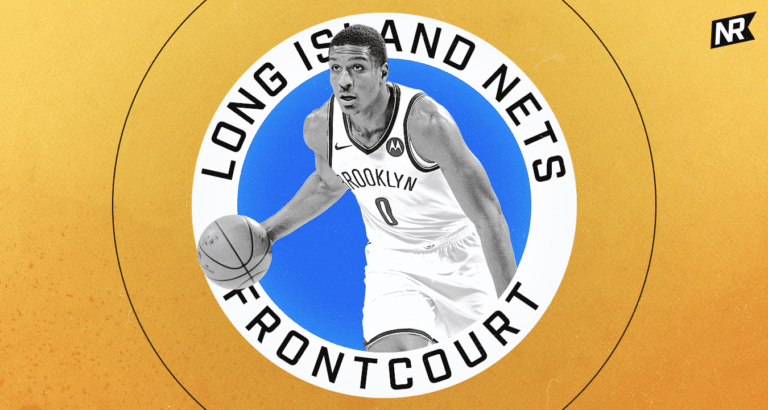 The Long Island Nets have put together a diverse roster for a 2021 season like no other. With a few G League rookies alongside more seasoned veterans who have some NBA experience and a foreign prospect or two, the Nets appear set to challenge for a title.&nbsp;

With the Long Island Nets set to tip-off their 2021 season on Wednesday, February 10th in the G League’s Florida ‘Bubble’, I’m breaking down the Nets’ roster with individual player evaluations. First up, the frontcourt players.

Out of Mississippi State, Perry was the Brooklyn Nets’ second-round pick in the 2020 draft. In fourteen appearances so far this season has had some nice moments including a double-double against Oklahoma City last Friday. That said, Perry’s minutes have been more of an indication of the Nets’ need for more backcourt depth than anything else. Nonetheless, he’s still young and has shown nice flashes.

With Perry is on a two-way deal, Brooklyn has decided that he’ll join the Long Island Nets in the G League Bubble. Now that Perry is headed down to Florida, he’ll have more opportunities to continue to grow more comfortable in the professional game. With a higher volume of touches offensively and more minutes to establish himself defensively, playing in the G League Bubble is probably the best long term move for Perry.

Eboua, originally from Cameroon, played professional basketball in Italy for three years before declaring for the 2020 NBA draft. After going undrafted, he signed an Exhibit 10 deal with the Miami Heat in November but was waived in mid-December. After Brooklyn signed and then waived him in December, they included him on the Long Island 2021 roster.

As a prospect, Eboua is appealing because of his defensive abilities. He has a fairly limited offensive game, really only producing in the dunker spot. He’s not a very good shooter and, in Italy, took far too many mid-range pull-ups. That said, on defense he’s a real plus. With a 7’3” wingspan, he has great length and is capable of bothering opponents. He guards ball screens well and can switch onto smaller guards and stick with them. Eboua is a tad slow-footed, but he makes up for it with his length and solid footwork.

Gates spent three seasons at Xavier before going undrafted in the 2018 NBA Draft. He’s spent the last two seasons playing in the G League, first for the Windy City Bulls for the 2018-2019 season and then for the Maine Red Claws in 2019-2020.

An athletic wing, the Xavier product has a nice feel for the game. He’s an all-around intelligent player and a solid passer even if he doesn’t do a ton as a playmaker. His shooting motion is a bit odd, but Gates is capable of taking a high volume of three-pointers and has gained traction in the G League for just that. Defensively, he provides some nice versatility as he’s both lengthy and bulky enough to hang with bigs while also quick enough to guard on the perimeter.

A five-year college player, Sestina spent four seasons with Bucknell before transferring to Kentucky for his fifth year in 2019. Originally set to play professionally in the Russian VTB United League, Sestina entered the 2020 NBA Draft after the Russian league canceled its season. After going undrafted, he signed an Exhibit 10 deal with Brooklyn before being waived and then brought onto the Long Island roster.

Sestina is a skilled big who’ll help the Long Island Nets. He shoots well from the perimeter and can score in the post. That said, he’s slow and struggles guarding ball screens defensively which can make him a liability. Nevertheless, he provides an additional element as a potential scorer in the frontcourt.

Editor’s Note: Check out Matt Evans’ piece on Sestina that we published earlier this week.

The eldest of the Long Island bigs, Owens also spent five years in college, spending time at three different schools and finishing his career with a Texas Tech squad that made a run to the National Championship game in 2019. After closing out his college eligibility and going un-drafted in the 2019 NBA Draft, Owens spent a season with the Northern Arizona Suns in the G League and signed a two-way deal with the Phoenix Suns in January 2020. He made his NBA debut that February and would appear for Phoenix twice more before the pandemic cut the season short.

While he’s rail thin, Owens is a phenomenal athlete. He boasts a 7’4” wingspan and can jump out of the gym. He’s a great rim protector and can guard the pick and roll well as a result of his length and quickness. His offensive game is a bit limited, though, as he doesn’t have much of an outside shot but he’s dangerous as a roller to the rim.&nbsp;

With these five players, the Long Island Nets fill just about every possible need in the frontcourt as they have floor spacers, defensive stoppers, and interior scorers. The question of who will seize minutes out of this group should come down to which players can adequately multiple needs.