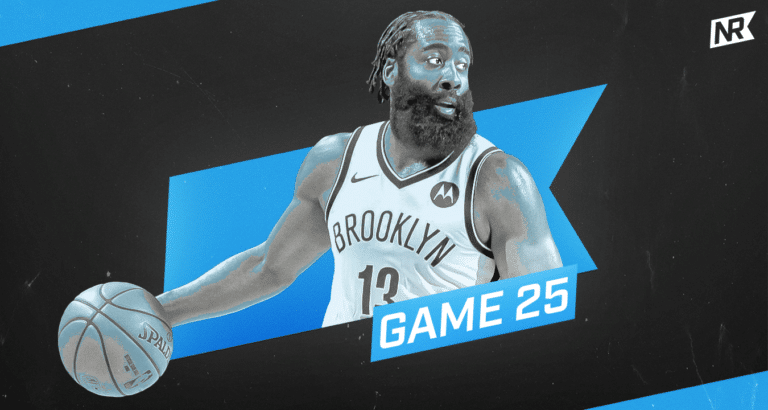 Three Takeaways From the Brooklyn Nets’ Loss To the Philadelphia 76ers

The Brooklyn Nets lost a tough one to the 76ers in Philadelphia, 116-102. Now, they’ve got a few days off until Tuesday when Brooklyn tips off in Detroit against the Pistons.

In a game where the Brooklyn Nets appeared doomed from the start, they stuck with the conference-best Philadelphia 76ers for the first two quarters before the wheels came off in the third. With the loss, I’ve got three takeaways.

The Nets need to put this loss behind them

This game sucked (who needs subtlety, overrated.) Even though Brooklyn stuck with Philadelphia for the first half with James Harden carrying the offense and aided by solid perimeter shooting, everything that has been an issue for this team came to be in the third quarter as the Sixers went on a 43-30 run in that 12-minute period. Without Kevin Durant or Kyrie Irving on the floor, the Nets turned the ball over a whopping 17 turnovers while also losing the rebounding battle to Philadelphia, 34-51, as the Sixers wracked up 13 offensive rebounds.

Once the outcome of the game was more or less decided early in the fourth quarter, Steve Nash conceded by pulling his starters. As a result, Landry Shamet and Timothee Luwawu-Cabarrot were the only Nets to play over thirty minutes against Philadelphia. That, along with the struggles the Nets endured without Durant and Irving points to the fact that Brooklyn needs to put this one behind them and move forward. There’ve been notable ups and downs since Harden’s arrival. We’ve seen flashes of greatness along with stretches of extreme mediocrity.

It’s clear that this team still has a way to go, but also that — as we always knew — this squad’s potential is off the charts.

Landry Shamet gets his revenge in a larger role

Playing against the organization that drafted him back in 2018, Shamet had by far his best game as a Net so far. In his 33 minutes, the former first-round pick put up 22 points on 7-17 shooting from the floor and 5-13 from behind the arc. In increased minutes, Shamet also took on a more significant role as he got opportunities to make some plays with the ball in his hands rather than solely being a catch-and-shoot guy on the perimeter.

It was encouraging to see Shamet have a night like this. While he struggled throughout the early parts of the season, he’s started to find a groove of late as he’s scored in double figures in four of his last five games while shooting 37.8 percent from three-point range compared to his 32.3 percent efficiency on the season. That type of sustained improvement could prove critical for the Nets down the stretch as Brooklyn searches for additional playable depth alongside their currently limited rotation. If Shamet can be a solid shooter and occasional playmaker off the bench, that would be huge for the Nets who lack significant depth as a result of the Harden trade and Spencer Dinwiddie’s season-ending knee injury early in the season.

With that in mind, this game pointed out how limited Brooklyn’s rotation truly is. In essence, there are seven guys who are solidified in that group and appear set to be contributors throughout the regular season and into the playoffs. That group consists of Kevin Durant, James Harden, Kyrie Irving, Joe Harris, Jeff Green, Bruce Brown, and Deandre Jordan.

Looking past those seven, Shamet, Luwawu-Cabarrot, and Norvel Pelle are all in the running for long term contributions while newly-acquired Iman Shumpert, Chris Chiozza, and Tyler Johnson appear to be on the outside looking in. Nic Claxton is likely the wild card of the group as, once he returns from injury, he should have an opportunity to earn a spot. Nonetheless, nobody in that group has proven themselves to be long term pieces.

Perhaps the potential buyout of Andre Drummond could alter the equation. Outside of that, a few of these end of the bench guys need to step up because a seven-man rotation is not going to cut it for an entire season especially considering Brooklyn has already fallen victim to issues resulting from COVID-19.