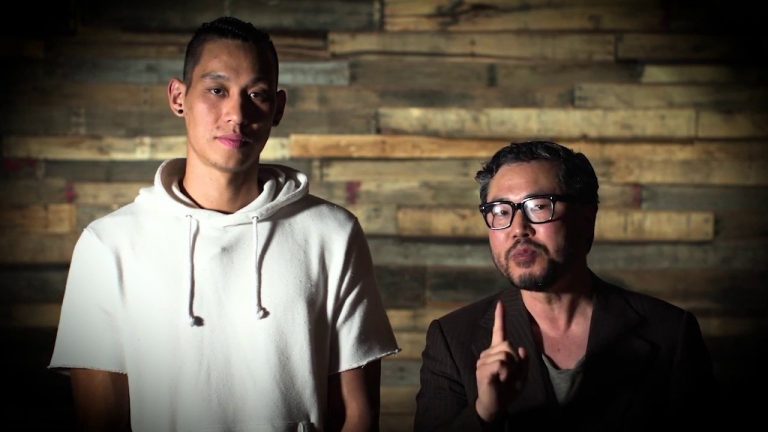 While Jeremy Lin‘s first season in Brooklyn didn’t go as planned, given all the time he missed with the hamstring injuries, he didn’t let it stop him from continuing to be the same generous person he always was.

Lin has always used his position in the public eye to give back, whether through his Jeremy Lin Foundation or others. One of the organizations he partnered with this season was One Day’s Wages, a foundation based around donated a single day’s wage of your yearly salary to combat issues facing humanity around the world.

One Day’s Wages is currently involved with providing clean water and sanitation to areas that don’t have access, ending human trafficking and global hunger, and providing funding for girls’ empowerment and education among other things.

Not only did Lin dedicate one game check (approximately $140,000) to girls’ empowerment, but he also donated $100 for every made three on the season (58 three pointers made at $100 comes out to $5,800). In an interview conducted by ODW founder Eugene Cho, Lin went into detail about why he gives back and why he chose to partner with One Day’s Wages.

“I feel like its one of those things where I’m very fortunate and blessed to be in the position I am in so one of the things I want to do is give back” Lin told Cho. “I think God has blessed me so much that one of the ways that I and the people around me, my friends and family, we just feel like its important to give back and to love the people who may not have as much.”

“Not only is it me participating,” Lin continued “but I feel like its something thats very practical for anybody to do and it will hopefully encourage more people to do that.”

According to their website, One Day’s Wages is involved with a total of ten global issues but Lin chose to specifically back the girls’ empowerment fund due to all the issues facing young women every day.

“They (women) come up and are slotted into certain things because they haven’t had the education or the chance to pursuit their dreams or break down the barriers and social barriers” Lin said. “This is an issue that I feel could use more awareness, could definitely use more resources and hopefully this makes an impact.”

To end the interview Lin said that being charitable isn’t always about giving but learning, to make an attempt to understand where people are coming from no matter their walk of life, and to learn about the real issues in the world. Lin ended the interview with the very true insight that charity work does not have the be monetary, it can be any time or energy put forward to better the world around you.

You can watch Eugene Cho’s entire experience in Brooklyn, along with the interview with Jeremy Lin below (Lin’s interview starts around the 2:02 mark).

I would also like to encourage everyone to visit the One Day’s Wage website and participate in any way you can. Not only are they one of the most practical ways to be charitable, but they are also completely transparent with their bookkeeping. Every dollar donated is going towards the cause and nothing else.