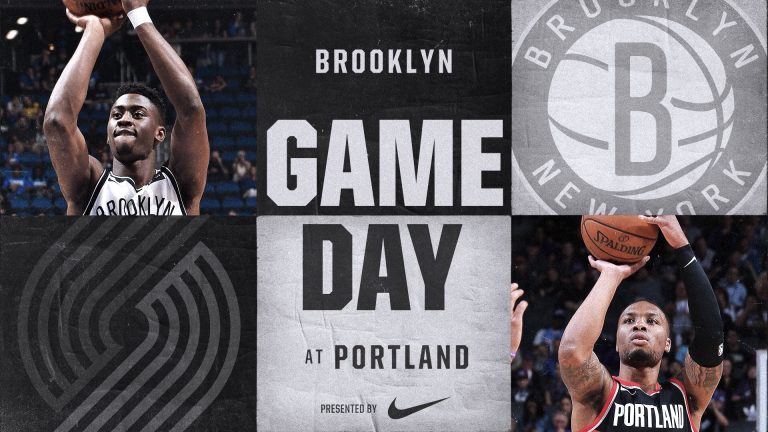 The Brooklyn Nets are two games away from wrapping up their West Coast road trip, and the Pacific Northwest is next on their list. Brooklyn is coming off a 112-104 loss to the Denver Nuggets on Tuesday. Portland also dropped its most recent game, a crushing 98-97 loss to the Memphis Grizzlies. The Nets are looking to get some momentum in the front half of their back-to-back.

It was a pretty sight in Denver. The Nets played sloppy basketball, and it started with D’Angelo Russell, who had eight turnovers in just 21 minutes of playing time. Moreover, he shot 6-of-14 from the field and was a minus-13. He will have his hands full going against Damian Lillard and C.J. McCollum. Both guys are playing incredible basketball to start the campaign, and they are carrying most of Portland’s offense.

Usually, I would say it is vital for Brooklyn to slow them down. But, that is not going to happen. Their defense is still atrocious. Instead, the Nets should focus on forcing them into tough shots. What is in their favor is Lillard’s poor accuracy to start the season. He has the volume (25.7 points a night), but boasts an effective field goal clip of 46.9 percent, the lowest of his career.

On the flip side, it will be refreshing to have Trevor Booker and Rondae Hollis-Jefferson back on the court if they indeed suit up. Portland’s defense has been elite to start the season, but that might be a fluke. The Nets’ offense has not struggled to shoot the ball the last couple of games, and it is tough for them to compete when there is a lid on the rim. Both Booker and Hollis-Jefferson bring the necessary energy to both ends of the court.

The starters’ struggles have opened up the rotation, and the bench played an exceptional game against the Nuggets; Tyler Zeller scored 21 points on 8-of-10 shooting. Portland’s depth is questionable, and Brooklyn can steal this game if the bench shows up.