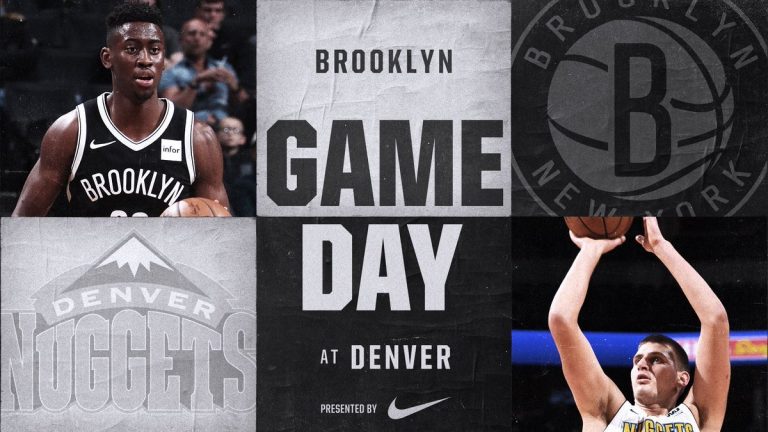 The last meeting between these teams was a little more than a week ago, and it resulted in a crushing loss for the Nets. A horrendous third quarter sealed Brooklyn’s fate, and Denver’s polished offensive attack was too much for the Nets’ woeful defense. All five starters cracked double-digits, led by Jamal Murray, who poured in 26 on 8-of-14 shooting.

For this game to be unlike the last, Brooklyn’s offense will need to show up. Spencer Dinwiddie was the high scorer in the previous meeting with 22 points, but everyone else left much to be desired. There is added pressure on the offense because the Nets have not been able to stop anyone this year, and I do not see that changing against a team like Denver. However, Quincy Acy and DeMarre Carroll are active for this contest, and that should have a positive effect on Brooklyn’s play.

They can match up with various positions because the Nuggets play relatively small, and their ability to stretch the floor was missed dearly. Denver let the Nets shoot 38.7 percent from downtown when they last played, but it is paramount they do everything they can to create shots for their shooters; Allen Crabbe got only eight looks from the field, and he is one of their most consistent snipers.

My biggest concern for this game is the poor shot selection. Sometimes, the Nets settle for tough, contested jumpers when it is not late in the shot clock. That kills momentum and confidence. However, it should be expected when the team has young guys trying to cultivate chemistry. Last time out, Russell was guilty of this and finished just 3-of-12 from the floor. Denver does not have an elite defense, so such a lousy showing was perplexing.

The Brooklyn Nets have an offense that is potent enough to shoot out with the Nuggets. What is going to dictate the outcome of the game is their defense. And, I am not too confident in that happening.