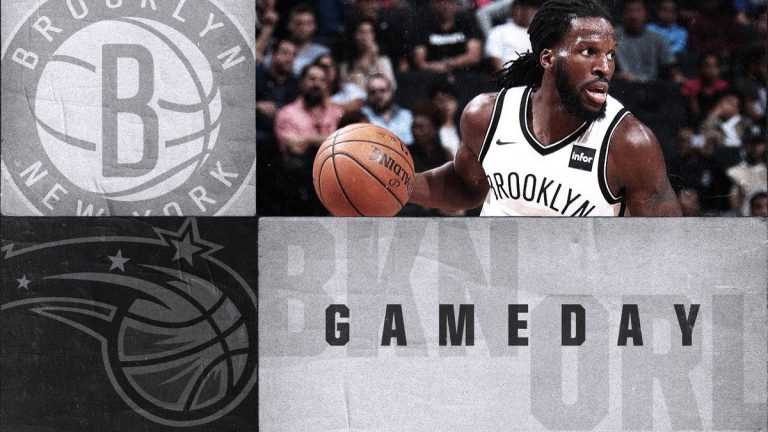 It was against the Orlando Magic last Friday when the Brooklyn Nets picked up their first win of the season. Both squads are 2-1 heading into Tuesday’s contest. Their first meeting was devoid of defense and was a wire-to-wire battle until Brooklyn pulled away in the fourth quarter and outscored the Magic 37-30. The final 126-121.

The Nets did a decent job of moving the ball and recorded 22 assists on their 46 field goals. On top of that, six guys the night with double-digit point totals: DeMarre Carroll (17), D’Angelo Russell (17), Trevor Booker (17), Spencer Dinwiddie (16), Rondae Hollis-Jefferson (15) and Joe Harris (10). All of that offense was necessary because there was no one to stop Nikola Vucevic, who registered a career-high 41 points on 17-of-22 shooting (including six made threes).

If nothing else, that game against the Magic was a confidence booster. Brooklyn did battle without Jeremy Lin for the first time. Russell and Dinwiddie did an outstanding job leading the team, and they’ll have to continue that if the Nets want to extend their winning streak to three games. They have the momentum to do so after dropping the Atlanta Hawks on Sunday, and Russell looks increasingly comfortable as a secondary ball handler. Caris LeVert, who had struggled to start the year, is also coming off a good game.

When LeVert plays well, Brooklyn’s offense is hard to keep under control. He’s a lethal playmaker at his size and makes the Nets much more dynamic. Against Atlanta, he tallied 16 points, six rebounds, four assists and three steals. The Magic lucked out and didn’t get the same LeVert when they met — nine points, two assists, one rebound.

I anticipate another competitive matchup because neither team are significantly better or worse than the other. Talent-wise, they match up well, but it’s up to the Brooklyn Nets to dictate the pace and hope they get good shots. If the Magic can force Brooklyn out of the offense they want to run, things will get ugly because the Nets won’t be able to stop them on the other end of the floor.