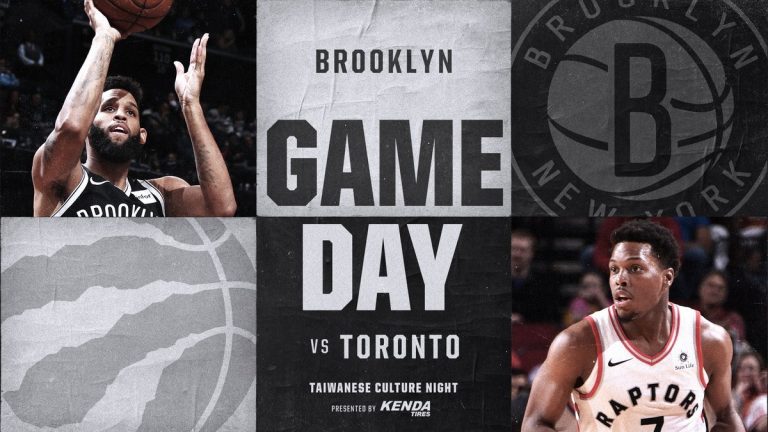 In their second meeting of the season, the Toronto Raptors arrive to play at Barclays. In their first meeting, the Raptors won easily (120-87).  This is the third and final game of the mini road trip for the Raptors who’ve dispatched of the Bulls and Bucks in the two games prior. Meanwhile, the Brooklyn Nets have won three of five with the two losses both being to the Boston Celtics and both by slim margins.

The Raptors bring a four-game win streak to the court and have won 16 of their last 19 games. Notably, the Raptors play the Miami Heat tomorrow, so they will be intent on taking an early lead in order to rest their core players for the second of the back-to-back set.

Toronto has won the last nine meetings between the squads. In their first meeting this season Kyle Lowry registered a triple-double, six Raptors scored in double digits and DeMar DeRozan led the way with 31 points. This game also marked the first time Jahlil Okafor and Nik Stauskas played for the Nets following the trade.

DeMar DeRozan put up a franchise record scoring 52 points in an offensive outburst against the Milwaukee Bucks. This season Toronto has changed their offensive system electing to hoist more perimeter shots and move the ball more. The two payers this change affected the most were DeRozan and his backcourt partner Kyle Lowry.

Although Lowry took time to adjust to not having the ball in his hands as much initially, lately he’s been reveling in this new system which incorporates the youthful roster more. Subsequently. Lowry and DeRozan are getting more rest. In fact, Lowry is averaging close to five minutes less per game. That’s a substantial number given Lowry ranked second and third for minutes played the past two seasons. The hope is the less wear and tear on Toronto’s stars will allow them to reach the postseason rested and healthy.

In spite of the changes to the offense, the Raptors are still excelling offensively.  Toronto has increased their perimeter shot attempts putting up the fourth most per game (32.1) while scoring the 8th most (11.3).  Although the efficiency ranks in the lower tier since returning from two extended west coast trips they’ve been improving their efficiency.

In both games versus the Celtics, the Nets hung tight with Boston. The difference with the Raptors is they are solid on both ends of the floor. A perfect example was their last game in Milwaukee when the Raptors utilized the third quarter to score 43 points while holding the Bucks to 19 points.

In terms of the top three categories of offense (4th), defense (6th)  and net differential (2nd) the Raptors are one of only three teams who rank in the top ten of each. The other two teams are the Golden State Warriors (1st/3rd/1st) and Washington Wizards (10th/8th/9th).

In addition to their ability to win games on either end of the floor, the Raptors depth is among the very best in the Association. A youthful reserve unit boasts numerous players who can be the x-factor on any given night. Punctuating that fact is the most well-known member of the unit is Norman Powell who to this point in the season is struggling to find his game. Recently Delon Wright and Fred VanVleet have been the reserve stars. But, the frontcourt members – Pascal Siakam, Jakob Poeltl and Lucas ‘Bebe’ Nogueira have each registered stand out performances in different games.

Brooklyn Must Be Focused:

The Raptors have lost games to teams they should beat (Mavericks, Knicks), but they seldom throw games away. They survived a ridiculous opposite coast road-heavy schedule maintaining reach of the top-seeded Celtics so it’s unlikely they won’t keep that focus.

The Brooklyn Nets will need to be at their very best on both ends of the floor barring the Raptors producing an unprecedented lackluster effort.