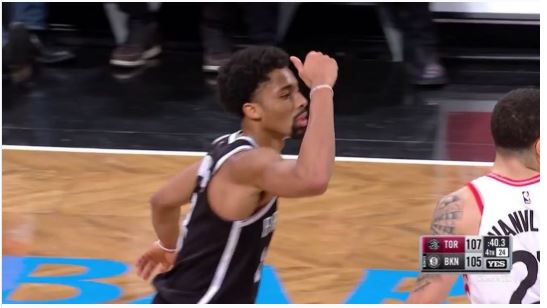 The Brooklyn Nets lost in heartbreaking fashion to the Toronto Raptors in overtime. Yet again the Nets squad battled back giving themselves an opportunity to win versus one of the Eastern Conference top squads. The game was a mixed bag of each team having quality moments, defensive lapses and key player injuries.

Brooklyn Nets – Learning How To Win:

Ultimately, the one difference in the loss came down to the Raptors being used to closing in the clutch. That may sound like a simplification. Yet, there was a time in DeMar DeRozan‘s career when his Raptors battled nightly, but could never push through to capture the victory. When he and his team learned how to manage those precious last play sets to capture the win they became a different team. Brooklyn will get there if they continue to play like they are.

The major takeaway from this loss however is the Brooklyn Nets have lost three games to the top two teams in the conference by a cumulative six points. Kenny Atkinson’s choice to dial back hoisting up three-point shots and put more emphasis on the defensive end is paying dividends. While the win column may not accurately reflect this choice, the team is frankly right on the precipice of breaking through. Being within one score twice against the Celtics and tonight against the Raptors punctuates that fact.

Moreover, the Nets are doing this without the services of D’Angelo Russell who incidentally worked out with the G-League squad which points to the possibility of his return being around the corner.

Spencer Dinwiddie was at his very best for the majority of the game utilizing his size at the point to break down the Raptors defense. Whether it was via drives to the basket, creating for his teammates or hitting pivotal shots from deep. Dinwiddie’s last shot attempt was probably more rushed than necessary. But, he is so close to clearing the hurdle which will translate into victories instead of losses.

Near game end, Dinwiddie stepped to the line the Barclays Center crowd serenaded him with chants of MVP. His stat line of 31 points, 5 rebounds, 8 assists and 2 steals reflects his workman effort on the evening. Dinwiddie’s aggressiveness paid off via his nine free throw attempts. This was exactly the same number as the current Eastern Conference Player of the Week – DeRozan received.

Inevitably, the Raptors will rue the fact they didn’t wrap things up when up by double digits late. DeRozan said in the post-game interview Toronto was well aware of how well the Nets have been playing and knew the Brooklyn Nets wouldn’t just concede.  Barclays also housed a number of Toronto Raptors fans who also chanted MVP when DeRozan was at the free throw line late in the game.

The only time I recall something similar happening was last season when Russell Westbrook was nearing matching the Oscar Robertson triple-double record. In this instance, however, those teams (Orlando, Denver) were not chanting the same refrain to their own players. By night’s end, DeRozan boasted a stat line of 35 points, 3 rebounds, 6 assists, a steal and a block. Ultimately it was DeRozan’s final shot and free throw that pushed the Raptors over the top.

For those who enjoy hearing more about the behind the scenes process for players, Adrian Wojnarowski sat down with DeRozan while he was in New York and their exchange is one of the best interviews I’ve heard. DeRozan speaks of his infamous work ethic (he rises at 4:15 AM every day in the offseason), has never been late for anything in his eight seasons, speaks of his youth growing up in Compton and how he knocks on the hardwood every game to remind himself of where he came from. It’s a must listen for true hoops fans.

Also of note,  DeRozan invited three children as his guests to the game. Their mother Miosotis Familia was a New York police officer who was killed on the job July 4, 2017. DeRozan learned the youngest son Peter was a fan of his. He sent the family a condolence letter in the summer along with three signed jerseys. Then he made arrangement to have the family at this game as his guests and spent time with them prior to the game.

Time and again Rondae Hollis-Jefferson was in the mix on the court during defensive sets for the Nets. His 17 rebounds are reflecting of just how active he was on the court. RHJ’s  14 points were great, but isolating on his defense highlights just how special he is. His individual defense served notice to the NBA of his defensive prowess. Once Sean Marks can build the core I believe Hollis-Jefferson will end up on an All-Defensive Team.

For the Raptors Serge Ibaka was key to their success with six huge blocks and affecting shots at the rim particularly in the latter stages of the fourth quarter and overtime.

Injuries to Crabbe and Lowry:

Allen Crabbe was having a heck of a game early. He scored 20 points adding 7 rebounds, 3 assists and connected on 4-6  from deep. It was his driving layup which allowed the Nets to push the game into overtime. Coincidentally, it was also this play where he got injured.  Crabbe jumped into VanVleet as he drove for the basket and seemingly just fell awkwardly.

Crabbe was in visible pain and appeared to be clutching his shin more than his ankle or knee. He was able to leave the court of his own volition. Since he returned to the court with :26 of overtime the assumption is he shook off the injury.

In the same play, Kyle Lowry fell hard for the second time of the evening. At 6:10 of the second quarter Lowry fell awkwardly into a cameraman. For the Raptors, they will bemoan the fact they didn’t finish the game off in regulation. Particularly now since Lowry was injured in overtime when he skied for a rebound and got sandwiched between Joe Harris and Quincy Acy. There was a debate on some sites over Acy undercutting Lowry. In my opinion, he was just jostling like players are wont to do on these types of rebounding plays. Lowry had to be carried from the court and the Raptors are saying he’s suffering from acute back spasms.

The Raptors return to action Tuesday in Toronto versus the Miami Heat. The Brooklyn Nets will host the Detroit Pistons on Wednesday. 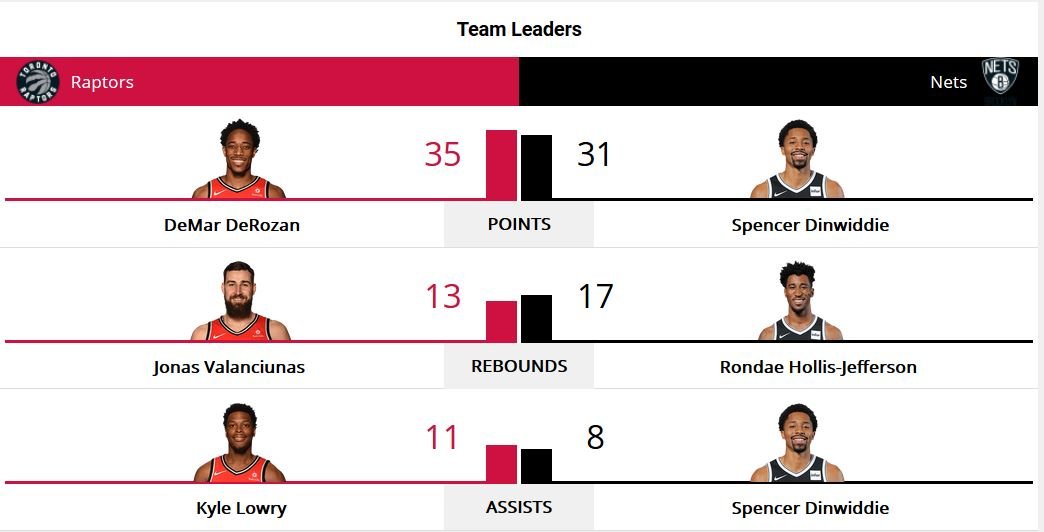