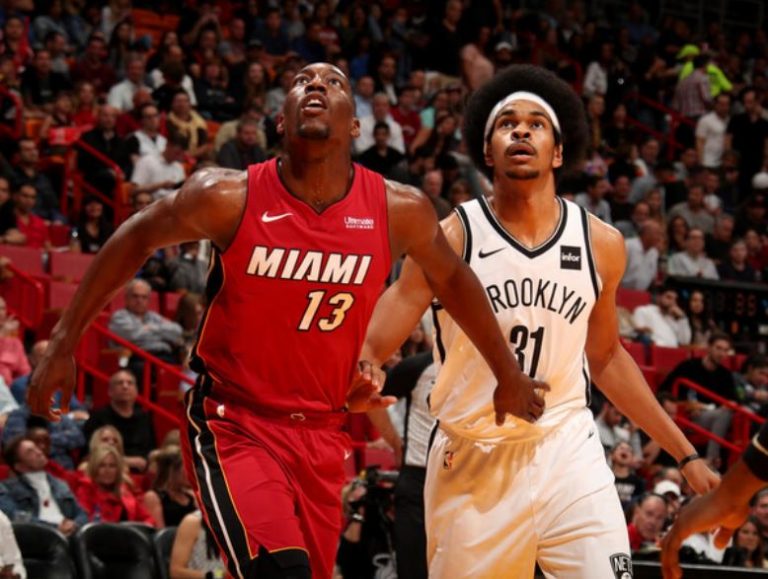 The Brooklyn Nets will try to shake off a three-game losing streak in Friday’s contest against the Miami Heat. Miami will enter the game on a bit of a role–they have lost just one game in January, and have climbed into the fourth seed in the Eastern Conference. Brooklyn and Miami have split their two games so far this season.

While the game will be a good test for Brooklyn, all eyes will (hopefully) be on the starter who will finally return to the fold. D’Angelo Russell has not played since November 12th after arthroscopic surgery on his left knee but could return in this game against the Heat. Given Russell’s impressive play during his first 12 games in Brooklyn, he could be a huge boon to the team as the All-Star break approaches.

The Return of D’Angelo

D’Angelo Russell has missed nearly three quarters of the season. Unfortunately for the Brooklyn Nets, he has already spent more time on the court than his projected starting backcourt mate Jeremy Lin will play all year. Fortunately, however, Russell’s absence from the team’s lineup appears to be drawing to a close:

Russell brings a dynamic scoring punch to a team that has lacked a go-to scorer since he went down with his knee injury. Russell averaged 20.9 points per game in just 27.8 minutes per game before leaving due to injury. The 21-year-old is probably Brooklyn’s brightest prospect, and seeing him back in the fold will be huge for this team. Even if D’Angelo ends up missing Friday’s game, his probable status is certainly a positive sign that he will be back in action soon.

Now that Allen Crabbe has found his way to the Nets via trade, the luster of the team’s other attempt at diving into restricted free agency in 2016 has faded. However, Tyler Johnson will be back in Brooklyn for this game. Even if Nets fans might have forgotten about Johnson’s $50 million offer sheet, Miami Heat fans do not have that luxury.

Johnson is a solid player who has been a crucial part of Miami’s bench over the last two seasons. However, Brooklyn’s offer sheet came in the form of a poison pill contract–Brooklyn would only have had to pay him $12.5 million per year over the four years of his deal, but Johnson will cost $19 million on Miami’s books for each of the next two seasons. His contract clogs up Miami’s books for far more than he is worth, and Brooklyn’s offer sheet will seriously impede the Heat’s free agency hopes going forward.

If D’Angelo Russell does in fact return for this game, his battle with fellow 2015 draftee Josh Richardson will be the key matchup in this contest. Russell will probably take some time to knock off the rust, but he will have a tough time doing so against the athletic and defensively versatile Richardson. On the other side, Richardson’s steadily improving offensive game will be tough for Russell to contain.

If D’Angelo does end up missing this contest, the matchup to watch will be between Spencer Dinwiddie and Goran Dragic. Dinwiddie has been a revelation in the absence of Russell and Lin, while Dragic has been red-hot in January (averaging 20.6 points, 5.1 rebounds, and 6.8 assists per game) after a rough showing in December.

Odds: The odds makers favor the Heat by 3.5 points with an over-under of 207 points.