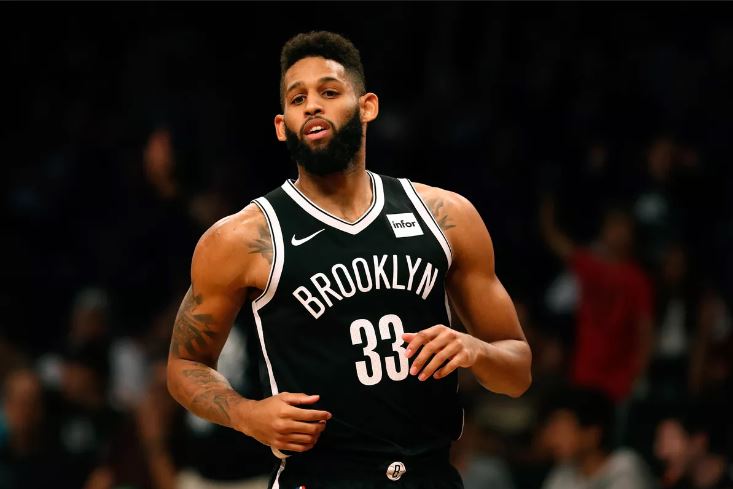 As this season has gone on, it’s been a tremendous struggle for Allen Crabbe. Compared to last season, he can’t throw the ball into the East River. The money he garnered two summers ago was an overpay, but Crabbe was still putting up 10.7 points a night and connecting on 44.4 percent of his threes, which was the NBA’s second-best clip. This year, unfortunately, Crabbe’s clip from downtown has slipped to 36.1 percent; he’s also shooting 42.0 percent on twos. His scoring’s up to 11.8 a night, but that’s because he’s making more threes (2.4) compared to last campaign (1.7).

Crabbe’s first couple of months in Brooklyn were particularly hard on him, and it peaked during December. No matter what happened, the shots just didn’t fall. He finished the month with a field goal clip of 35.2 percent, and his mark from outside was downright nauseating at 30.7. There were three separate instances where Crabbe took more than 10 threes and managed to make less than 25 percent of them:

The good shooting nights were few and far between. That had a supreme hampering on the rest of his game. When a player like Allen Crabbe is so heavily invested in the outside shot, it’s vital that it falls. so his entire repertoire can be effective. Teams were able to start helping off more often despite his reputation, and they soon took away his ability to put the ball on the deck by sagging off a bit more than usual. Not getting good looks at the rim and the free throw line saps confidence, and that’s something all great shooters possess. Furthermore, Crabbe’s most effective to the Nets as a catch-and-shoot guy — especially from the perimeter. There is, however, a silver lining in this dark cloud.

Despite the shots not falling, he kept launching. It’s encouraging to the coaching staff because it tells them that he genuinely feels that he’ll break out of his slump. To start the new year, Crabbe has made 38.6 percent of his threes through eight games, and that stretch includes two back-to-back 20 point games against the Toronto Raptors and Detroit Pistons where he went a combined 9-of-15 from downtown.

Deep Dive Into the Numbers:

Once you begin crunching the numbers, there a stark trend you notice — the more threes Crabbe takes on average, the more accurate he is. He’s had 14 games this season with at least 15 points. In these games, he’s launched 7.5 treys a night and boasts a conversion rate of 53.3 percent. In the other 26, the attempts fall to 6.3, and the clip dips drastically to 25 percent. Crabbe’s microwave nature means that he only needs to see a couple of shots drop before the basket begins to open up.

Unlike some of the others guards on the roster, Crabbe needs others to get him involved. His impact on the offense is only as significant as his teammates make it. Fortunately, they haven’t shied away from him during his rough stretched. Everyone has confidence in him. With that said, Brooklyn sometimes faces issues with how organically those shots come. When there’s tight coverage his teammates can’t pass to him, so they can’t hope for a bailout three with the shot clock winding down.

As the season progresses, maybe the coaching staff will draw up some new plays that are rich with off-ball action to help feed their shooters good looks. Allen Crabbe is someone who would benefit tremendously from that.

It’s crucial that all NBA players, shooters especially, find ways to impact the game when they aren’t scoring. Crabbe’s made a conscious effort on defense and the backboards. He’s hauling in 4.3 rebounds a night, up from 2.9 last season. Additionally, his defensive box plus/minus — a per 100 possession metric that tallies how many points a player contributes on that end and compares it to an average player — is minus-0.4. That’s slightly below the league average of 0.0. Last year, he was much worse at minus-1.3.

Allen Crabbe has had an inconsistent start to his tenure in Brooklyn, but things could be much worse. His three-ball isn’t as accurate, but he’s a respectable shooter more times than not. On top of that, he’s displayed effort to improve in problem areas. However, until his ability to create shots improves, both himself and the team are going to suffer.

Then again, he needs just as help from his teammates. At this juncture, we’re looking at someone who’s somewhere around a C- minus on his mid-season report card.