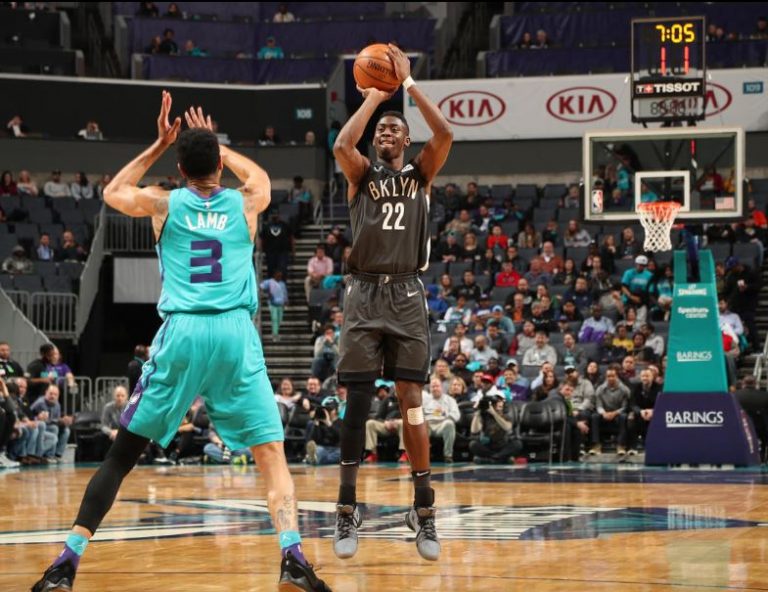 In the regular series final between the Brooklyn Nets and Charlotte Hornets the squads play for pride.

Hornets nest fails to live up to buzz:

Prior to season start deep dives examine rosters from numerous variables with a view to how teams will perform and where they will finish. Naturally the top and bottom of the Association tends to be the easiest to predict.

The middle ground is where most opinions vary and unlike some scribes I like to pick some dark horse contenders who’ll over achieve.  However, the Hornets making the postseason didn’t seem like a stretch. They were just a season removed from finishing sixth in the east. Moreover, there was consistency within the core of the roster with Kemba Walker, Nicolas Batum, Marvin Williams and young reserve depth returning.

Dwight Howard was added to presumably replace what was lost when Al Jefferson left. Head coach Steve Clifford was returning for his fifth campaign and his system had produced on both sides of the hardwood, albeit ranking them in the middle of the pack. These factors particularly considering the core consistency and two trips to the playoffs in four seasons made Charlotte a logical pick to capture a seed.

Although there may be greater disappointments like the Bucks who were expected to contend for a home court seed or the Pistons those squads had coaching and injury issues to point to.

Did the Hornets undervalue Jeremy Lin?

Which begs the question are the Hornets the greatest disappointment in the East? Moreover, how much did the loss of Jeremy Lin affect the squad?

Although Batum had an injury plagued season in 2016-17 he was back healthy for this campaign and again the only other major talent loss besides Lin (Jefferson) had been replaced.

Certainly there will be major dissection at season end. But, in this scribe’s opinion the best iteration of the Hornets in the Clifford era featured the Walker, Lin backcourt with Batum at small forward.

Unlike the west, the eight teams destined for the postseason in the east are virtually cemented. Only seeding is left to be determined.  Although the Charlotte Hornets and Detroit Pistons have yet to be officially eliminated it’s simply a matter of semantics. With 11 games remaining in the Hornets schedule they have nine more losses than the Milwaukee Bucks and Miami Heat.

Barring Charlotte winning out and either the Heat or Bucks losing nine plus games it’s just a matter of time. The Hornets are 2-8 in their last 10 games and based on Steve Clifford’s lineup choices it’s clear they’ve acquiesced to the inevitable.

Since the Hornets own their draft pick it’s not necessarily a poor choice by Clifford. Doling out additional minutes to Malik Monk and Willy Hernangomez accomplishes multiple objectives. First of all, the youngsters gain in game experience. Yet, arguably more importantly, it allows Clifford and management an opportunity to better assess their skill set to isolate specific offseason areas to focus on. Finally, it may provide hints of natural chemistry fits within the roster.

There isn’t much on the line in this match other than pride and for each side to gather knowledge to implement in the future. To wit, not much has changed since the original game day assessments on Brook-Lin so I won’t reinvent the wheel. The same keys to winning which Zach Cronin highlighted on March 8, apply here.

The Brooklyn Nets perimeter efficiency of 35.2 percent ranks 25th. The major difference between the squads is only the Rockets attempt more three pointers than the 35.1 the Nets take. Because they take more shots they also make more (12.4) which also ranks 2nd in the NBA.

One of the most obvious signs of regression in the Hornets offense is their lack of ball movement reflected in the 28th ranked 21.3 assists per game. Conversely, the Nets showcase positivity via their 12th ranked 23.2 assists per game.

History: The Brooklyn Nets holds the  all-time record besting the Hornets in 54 of the 103 meetings. This season the teams split their two meetings in Charlotte with the Nets winning the most recent contest March 8 (125-111) .

Odds: In a rarity the line favors the Brooklyn Nets by a single point. That in itself is a little deceiving as the odds makers tend to give an unspoken two to three point advantage to the home team. The over under is 221.5 points.