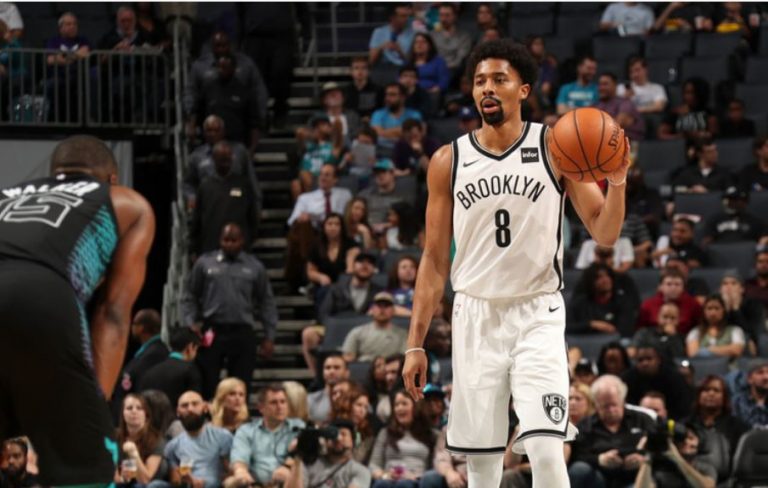 How To Net The Win: Brooklyn Nets at Charlotte Hornets 3-8-18

Tank season is starting to heat up. The teams at the bottom of the standings are “experimenting” with various lineups and deploying young players for long stretches with the hopes of dropping a couple of games to increase their chances of landing a better draft picks.

The Brooklyn Nets are not one of those organizations. They’re losing games because, well, most of their opponents are better than they are. Three of their last four losses have come to the Cleveland Cavaliers, Los Angeles Clippers and Golden State Warriors. Brooklyn has lost those contests by 19 combined points. They’ve fared well. Unfortunately, those are part of their four-game losing streak. And they’ve lost four of their last five games overall.

Losing to the Charlotte Hornets kicked off this skid, and Brooklyn concludes their five-game road trip on Thursday night in North Carolina. The last meeting between these two was painful. Charlotte throttled the Nets, coming away with the 111-96 victory. Kemba Walker had 31 points on 12-of-22 shooting and dished out seven assists.

Dwight Howard played like he was in his prime and tallied 15 points and 24 rebounds. For Brooklyn, Dante Cunningham was the lone bright spot as he poured in 22 points and 12 rebounds. Overall, it was a poor performance. There are, of course, things to learn from that defeat.

Three-point shots are great. But missing 29 of them isn’t. The Nets went 14-of-43 from downtown which is puzzling for many reasons and also not a good recipe for winning, according to sources close to the situation. This time around the guys must look to attack the basket and get to the foul line, a strategy not alien to what Brooklyn has done all season.

The Nets attempted just 14 free throws during the last meeting. For the season as a whole, they rank 12th with 22.6 attempts a night. Launching an ill-advised three is just as bad as a turnover at times. A long rebound bounces out to one of the guards who can then motor downcourt and attack while the defense is off balance.

Charlotte had just nine fastbreak points that night, but that’s not something you want to risk. Furthermore, it puts Kenny Atkinson in a difficult position because he was dealing with a depleted roster. Only eight guys saw significant time thanks to the injuries to Rondae Hollis-Jefferson and Caris LeVert. Both are expected to suit up on Thursday.

Dwight Howard pulled down eight offensive rebounds that night against Brooklyn, and Charlotte managed 17 second-chance points. That’s a part of the game that Howard could continue to exploit. Despite getting up there in age, the 32-year-old is still a monster around the basket who knows how to overpower smaller defenders. That presents a problem because the Nets aren’t a particularly big team.

Jarrett Allen started against Howard and it wasn’t pretty. At 6-11, he’s their tallest rotation player. Atkinson likes to use lineups were all five players are separated by an inch or two. That could work, but it requires gang rebounding and boxing out — if three guys are necessary to keep Howard away from the ball, so be it. Take your chances with the four guys who are shorter.

Kenny Atkinson noted Howard’s dominance and told the Associated Press that “we all have to help him (Jarrett Allen) and do a better job; that is a load and a half.”

History: The Nets and Hornets have had 102 head-to-head meetings, with Brooklyn boasting a record of 53-49.