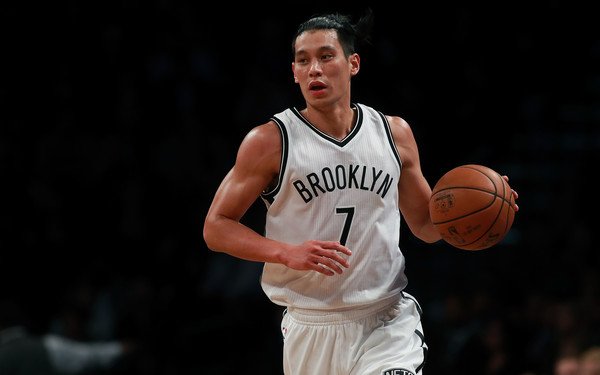 Jeremy Lin‘s kind nature transcends the basketball court. His positive attitude towards obstacles in his life is astonishing.

With the world full of self-proclaimed petty people it’s natural the NBA would adopt the (admittedly) fun, yet childish trait. By no means is this a condemnation to the activities of said group, although truthfully it’s a breath of fresh air when one doesn’t go for the easy way out in an adverse situation. We are in an era of the NBA where Instagram comments dominate headlines, unfortunately leaving some good deeds of others to go unnoticed. Jeremy Lin is one of the few exceptions in the league.

Jeremy Lin carries himself as a humble spokesman of a multi-million dollar company. It would be forgivable if someone in his position was the exact opposite.  Lin’s down to earth charm sets him apart from most celebrities.  The same guy who ducked away from the surge of the crazed Linsanity era. Even if Lin isn’t an NBA All-Star by definition it’s his public status which transcends the on-court production. He inadvertently put a nation on his back  while destroying stereotypes on the court. You can’t ignore Yao Ming‘s tremendous contribution to not only the NBA, but more impressively, the world, but it’s Lin’s time to carry the torch.

Lin is a follower of Christ. Truthfully, it’s impossible to gauge one’s true nature simply by their religion. However, Lin’s numerous donations do more to help the idea of Christianity rather than hurting it.  Speaking of Christianity and donations, Lin is the founder of the non-profit organization  Jeremy Lin Foundation. By looking at the “about” section of the website it’s apparent religion played a role in its creation. Regardless of what inspired Lin to create his foundation, aiding children is the most important factor in its inception.

Harvard University is not a symbol of the underprivileged. However,  Jeremy Lin’s $1 million donation to his alma mater was vital in helping the students’ financial aid woes. College Dean of Admissions and Financial Aid William R. Fitzsimmons was appreciative of the former Harvard basketball star’s generous gesture.

“I find it inspiring to see the commitment to financial aid and Athletics that Harvard College and Jeremy share. His generosity will strengthen the Harvard Financial Aid Initiative (HFAI), through which more than half of our undergraduates receive need-based grant aid.”

“Once you forget where you come from, you lose a piece of who you are” – a wise person

Lin is not one to shy away from his beliefs or heritage, but when he does refute an antagonist it’s done with class. “Killing them with kindness” is a phrase you’ll hear more  than it’s actually done. The “killing with kindness” method isn’t easy, although it’s a satisfying move.

This past October Kenyon Martin posted a video on Instagram (which has since been deleted) attacking Lin’s dreadlocks. Martin had plenty to say

“disappointed in his teammates and the Nets as an organization for allowing this foolishness. Like, come on man. Let’s stop this, man, with these people, man. There is no way possible that he would have made it on one of our teams with that bulls–t goin’ on in his head. Come on man, somebody need to tell him, like: ‘All right bro, we get it. You wanna be black.’ Like, we get it. But the last name is Lin.”

Martin’s comments could have easily led to spiteful remarks from Lin, but as mentioned earlier, Lin decided to prove his point kind-heartedly.

“Hey man, it’s all good. You definitely don’t have to like my hair and [are] definitely entitled to your opinion. Actually I [am] legit grateful [for] you sharin it [to be honest]. At the end of the day, I appreciate that I have dreads and you have Chinese tattoos [because] I think its a sign of respect. And I think as minorities, the more that we appreciate each other’s cultures, the more we influence mainstream society. Thanks for everything you did for the Nets and hoops . . . had your poster up on my wall growin up.”

Lin’s attitude on such issues is a bright spot in an otherwise dark area we humans venture too often. A positive force in the locker room and on the court is important to the Net’s culture. The days of the Net’s locker room woes is a thing of the past. Jeremy Lin isn’t there in the physical sense, but his actions off the court relay a stronger message. Lin’s kind nature is advantageous to the franchise as a whole, which will make his return to the court just as rewarding.