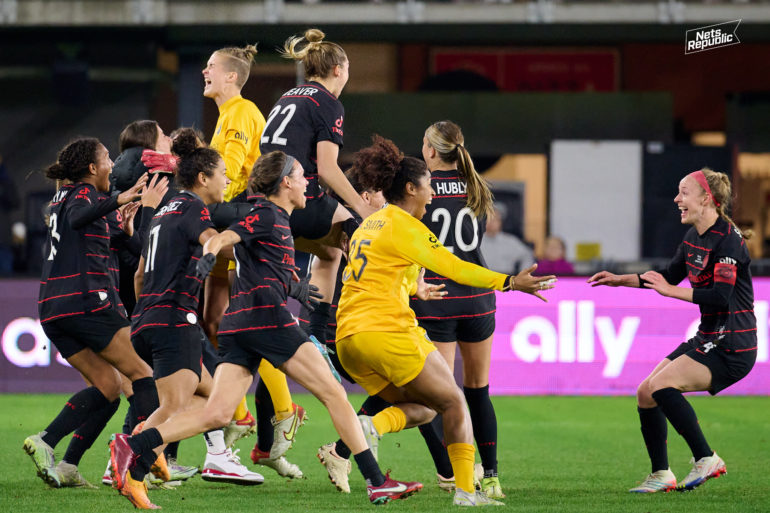 On Monday, NJ/NY Gotham FC announced the signing of goalkeeper Abby Smith to a three-year contact through the 2025 NWSL season. The 29-year-old joins Gotham FC after winning the 2022 NWSL Championship with the Portland Thorns.

This move comes just days after USWNT star Kelley O’Hara announced her intent to sign as a free agent with Gotham FC during a Men in Blazers event in New York City. Smith now marks the second player to make a free agency move in the NWSL since its inception this year.

Smith already has a storied career in the NWSL. Drafted by the now-defunct Boston Breakers in 2016, she has played 56 matches over her NWSL career for Boston, Utah Royals FC, Kansas City Current, and Portland.

A native of Texas, Smith played four years at the University of Texas and has represented the United States on the U-17, U-20, U-23 and senior national teams. In 2017, she was called up to the U.S. National Team for friendlies against Sweden and Norway.

“I couldn’t be more excited about my decision to join Gotham FC,” said Smith. “This experience has been educational and empowering. I feel so fortunate to be amongst the first class of athletes in the NWSL to benefit from the new CBA’s free agency policy. Gotham FC made their feelings known immediately and I was so impressed by their support and professionalism throughout the entire process. This organization values its players and its community, and those two qualities are most important to me. I can’t wait to come to New Jersey and get to work on the field and in my new community.”