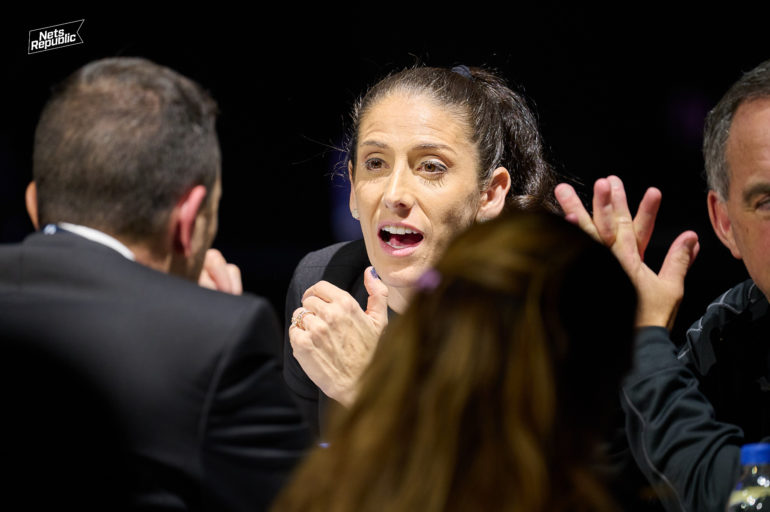 Oh, what a night! On Thursday night in Philadelphia, the National Women’s Soccer League held their 2023 Draft, and NJ/NY Gotham FC came up big.

Going into the 2023 NWSL Draft, it was clear that Gotham FC was going to have to make some key moves considering their last place finish in the 2022 season. Just hours before the draft, Gotham made a shocking trade with Racing Louisville that saw forward Paige Monaghan, $150,000 in allocation money, and a 2023 international spot head down to Kentucky in exchange for the fourth overall pick.

The excitement continued well into draft night, with the club made a trade with the Kansas City Current to acquire U.S. Women’s National Team forward, Lynn Williams, sending Kansas City the second overall pick that they acquired from the Orlando Pride. Members of Gotham’s official supporters group Cloud 9 was present in Philadelphia to catch the Draft, and their reaction made it clear that fans were not expecting this monumental transaction.

After the Draft, Head Coach Juan Carlos Amorós spoke to the media and explained the club’s strategy to acquire Williams. “She’s a proven goal scorer in the league […] on and off the ball she works really hard and I think we want to help normalize and drive those standards on the offensive side […] and its great to add someone like her to the roster,” he said.

Williams’s career has been nothing short of phenomenal in both the NWSL and as a member of the U.S. Women’s National Team. In the NWSL, Williams has been named NWSL MVP and NWSL Golden Boot winner as well as a three time league champion. Her offensive abilities alone will benefit the Gotham squad, especially as she joins her USNWT teammates, forward Midge Purce and midfielder Kristie Mewis. This may be the synergy that was missing last season.

After the initial shock of acquiring Williams, Gotham’s night continued to get better. The club selected forward Jenna Nighswonger of Florida State University as the fourth overall pick. Nighswonger will greatly add offensive power to Gotham. In her final season alone, Nighswonger scored six goals and recorded 16 assists in 22 games.

“If you look at her as one of the top technical players in this draft, […] there is something that makes her different, she can make a big impact in the league and we are going to help her develop”, Amorós said.

Ending the night, Gotham FC made their second and final selection in fourth round, using the 44th overall pick to select Illiana Hocking, a midfield from University of Arizona.

“For us, every single move we have made is an attempt to build a winning team and not just a winning team looking at next year, but a sustainable top team in the league,” Gotham General Manger Yael Averbuch West explained.

From these selections and key moves, it is clear that Gotham had a strategic plan set in place and came away from the 2023 NWSL Draft with players that will surely take their upcoming season to the next level.