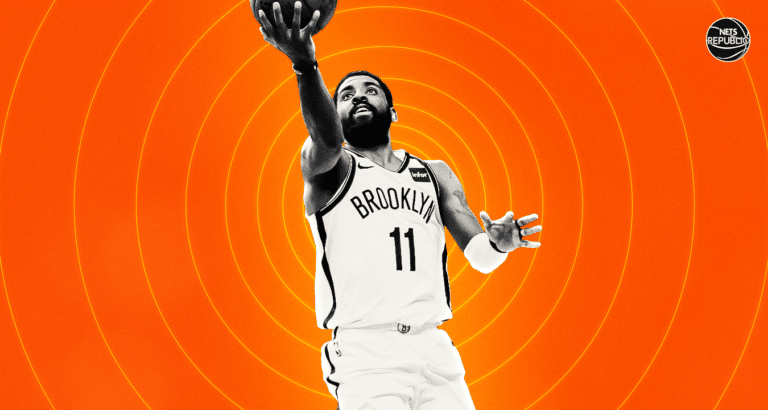 Despite The Noise, Kyrie Irving Continues To Be An Advocate For Women and The WNBA

It’s as if there is some giant magnet between Kyrie Irving and going viral. It seems as though every time the NBA superstar utters a word he’s going viral, which honestly, is pretty impressive. Although Irving might not think so. This time Kyrie went viral for comments made in a recent appearance with fellow Nets teammate Kevin Durant on “The ETC” podcast.

Contrary to popular belief Irving and Durant spoke about much more on the hour long pod than just who will take the last shot and how they view coaching as a partnership. Irving in particular spoke at great lengths about a plethora of topics ranging from his aid to his Lakota tribe in South Dakota and in different communities, to sharing his views on the media. But most notably Irving spoke at great lengths about women, the role they’ve played in his life and the WNBA.

Much like his role model before him, Kyrie Irving has followed in the steps of the late Kobe Bryant as being a supporter of women’s sports and the WNBA. Back in July Irving reportedly committed $1.5 million to supplement the income of any WNBA player that decided to opt out of going to the WNBA bubble due to personal or social justice concerns. The funds came from the KAI Empowerment Initiative that Irving had launched that month. In a statement Irving said “Whether a person decided to fight for social justice, play basketball, focus on physical or mental health, or simply connect with their families, this initiative can hopefully support their priorities and decisions”.

Podcast host Eddie Gonzalez brought up Kyrie’s shoes, mentioning how his daughter has a pair. A big reason why he said, is that “They come in girl’s colors and we don’t always get that”. To which Irving responded with how his mother and grandmothers were key inspirations as to why that is the case. “Having strong women in my life has been able to shelter me and nurture me as a young man”. Irving discussed what it was like to grow up with his sister in a single-parent household and how to co-exist with a young woman. “It’s my service to queens that starts at that foundation. And that foundation is making sure we protect them. They’re the creators of life and whatever they choose to do in their lives I feel like all males should be supportive”.

Irving would also go on to talk about growing up learning sensitivity with his sisters and how now having a daughter has completed the journey for him. It engrained the message to him that the same amount of resources, capital, optics, and perspective need to be put into women as they are for men, especially when it comes to professionally entertaining. He expounded upon that statement, touching on the unfairness of comparing women to men in sports, music, etc. That when he goes to watch the women play he’s not worried about the fact that they are women but rather focusing on the skill and competition. He topped it off by saying “I know that if I challenge Sue Bird or Jewell Loyd or even my daughter to a race or to playing ball they’d have the same competitive drive that Kev would have”.

Delving deeper into the conversation about the WNBA, Irving discussed how female players are going overseas to play because they can make more money. He prefaced it by saying “Why can’t we as NBA players have a stake or some sort type equity in the WNBA team? Those are our sisters”. And Kyrie is right. In the past, there hasn’t been as much support of the WNBA from the NBA. At least not at the scale it is now.

This can’t just be a fad liked we’ve unfortunately seen with some companies, celebrities, and athletes in their faux support of the “Black Lives Matter” movement. NBA players need to keep the same energy they had during the bubble into next season and beyond. The WNBA is an ever growing league with incredible players and personalities. With how much the two leagues cross paths during charity events, shows and All-Star games it only makes sense NBA players show support for their, as Kyrie calls them “Sisters”.

If there was one line that encapsulates Irving’s views on this subject it’s something he said at the 42-minute mark of the podcast which was “I know that when we have queens leading, your life goes a lot smoother”.