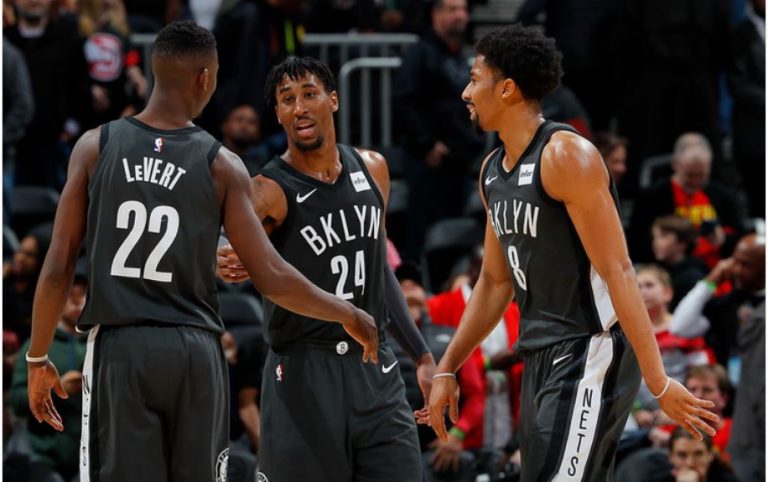 The Nets are truly becoming veterans of crunchtime situations in January. In Atlanta, the Nets found themselves muddled in its fifth tightly contested game out of six January games. Fortunately, they closed this one out for a 110-105 victory over the Hawks to win the first leg of a road back-to-back. The Nets outscored the Hawks 16-6 in the final 2:20 of the game clock. Now, Brooklyn hopes to replicate that scoring efficiency the following night in the nation’s capital against a more potent Wizards squad.

The Brooklyn Nets almost frustratingly bungled this victory in the second half when the hot outside shooting of the first half cooled mightily in the third quarter. The Nets shot 3 of 14 on all jumpshots in the third quarter and  an anemic 1 of 8 from beyond the arc in the frame. Brooklyn felt fated to die again by the sword it depends on for almost all battles.

However, once the fourth quarter began, a new hero arose. A hero not interested in silly froufrou jumpshots and egalitarian ball movement. No, this 6’11” hero eschewed the Nets’ sword of jump-shooting and brought out a battering ram to crash into the Atlanta castle walls instead. This hero was Jahlil Okafor.

Before the Hawks game, Okafor suffered the shame of donning a scarlet letter of a raw plus-minus of negative-43 in his 73 minutes as a Brooklyn Net. Finally receiving regular playing time in the past week, Okafor still found himself mostly lost in how to fit into this team.

Okafor’s presence on the court has mostly led to his teammates awkwardly force-feeding him the ball in the post. Those post touches almost universally resulted in him awkwardly avoiding contact while hoisting a high-difficulty wrist flick at the rim. The frustration of those futile post-ups would then lead to teammates deciding to shun him from a few possessions instead. The results did not speak kindly to Jahlil having a positive impact in his brief tenure.

For at least one game in Atlanta, Okafor hand waved all that struggle and awkwardness away to become the dominant interior threat many expected he could be. Okafor scored 17 points overall in just a little over 12 game minutes. 11 of those bad boys crucially came in the fourth quarter to help match the scoring outburst of the Hawks’ Dennis Schroder.

The brilliance of Okafor’s performance came from him requiring eight field goal attempts to achieve those 17 points. Okafor bucked his usual modus operandi of relying solely on his length and touch to finesse around defenders. Jahlil aggressively attacked the basket instead of fading away and avoiding contact. Okafor drew the fouls he needs to in order to make his low post skills worth their salt. Hopefully, this performance does not remain a blip on what has been a dour career but a catalyst for revitalization of the 22 year old center.

No one knows yet how he would do managing personalities of bigger stars later in his career but, man, Kenny Atkinson seems like a special NBA head coach. Beyond the obvious glove-like fit of his general philosophies to the modern NBA, Atkinson truly seems to trust his players. Trusting your players to make correct decisions begets true player development.

That trust is notable when Atkinson allows Spencer Dinwiddie, who ended with a ho-hum 20 points, 9 rebounds, and 10 assists, to run the fastbreak off a defensive rebound down one point with 12 seconds left on the clock. Most coaches love to call a timeout and micro manage a set play for a game-winning shot in that scenario.

Yet, Atkinson seems to know transition possessions are the best possessions to score. More importantly, Atkinson also seems to trust his players to know that as well. As a result, Dinwiddie forces an and-one in that fastbreak and the Nets never trail again.

Give Atkinson a 10 year contract extension and perhaps equity in Jay-Z’s estate while we are at it.

The Brooklyn Nets are right back at it tonight as they finish the second game of their back-to-back set in Washington vs. the Wizards. Tipoff time is  7:00 p.m. ET. 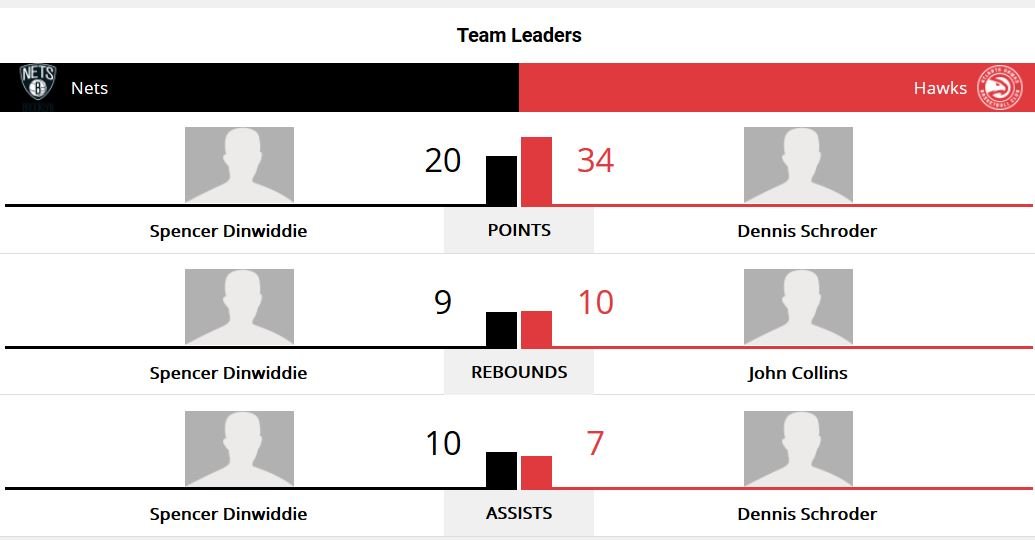