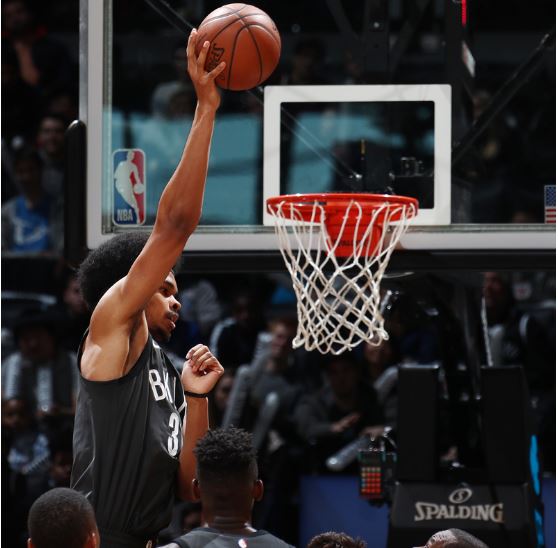 After being pasted  114-80 by the Detroit Pistons last time out, the Brooklyn Nets open a two-game road trip against the Atlanta Hawks. Shooting an abysmal 36.1 percent from the field last time out, Brooklyn hopes its offense comes to play against an Atlanta team who relishes from deep.

The series is even at one game a-piece with Brooklyn winning the last matchup 110-90.

Despite being a top five rebounding team in the league (5th), the Nets were smashed 60-37 on the boards by Detroit. The 19th ranked Pistons (50.1) snared 11 offensive boards with Andre Drummond reigning in seven in 31 minutes. Fortunately for Brooklyn, Atlanta is 26th overall in rebounding (48.3) and allow opponents to capture 10.9 offensive boards per game (28th).

The Brooklyn Nets are 10th in offensive boards (10.1) and will look to exploit Atlanta on the glass. However if Brooklyn’s bigs put up an effort similar to that seen against Detroit, the Hawks could look like world beaters inside. The Nets must dominate the glass to give themselves the best possible chance to win.

For a team that struggles offensively, the Atlanta Hawks are exceptional at shooting the long ball. Despite scoring a lowly 104 points per game (19th), the Hawks rank fifth in three-point percentage (37.6) while attempting just 28.9 triples per game (16th). Luckily, Brooklyn are a top 10 team defending the three-point line.

The Brooklyn Nets are one of the stingiest three-point defenses in the league, holding teams to 35.1 percent this year (7th) while allowing just 25.9 attempts per game (3rd). The Nets use excellent perimeter defense to bother shooters beyond the arc, avidly switching and contesting every shot. Atlanta averages a staggering 23.7 assists per game (5th) thus Brooklyn must stay alert and disciplined on the perimeter.

Taking care of the Rock

With Brooklyn ranking 27th in the league in turnovers (16.0) and Atlanta 23rd (15.5), the outcome is likely to be determined by who takes care of the ball. Atlanta are a top 10 team in steals, averaging 8.5 takeaways per game (7th) while Brooklyn are dead last with 6.5 steals per game.

The Brooklyn Nets must take care of the rock and avoid giving Atlanta extra possessions. While the Hawks won’t hurt Brooklyn on the break (20th), an imbalanced floor presents Atlanta with three-point opportunities. The Nets need to limit turnovers to have a chance getting the win.