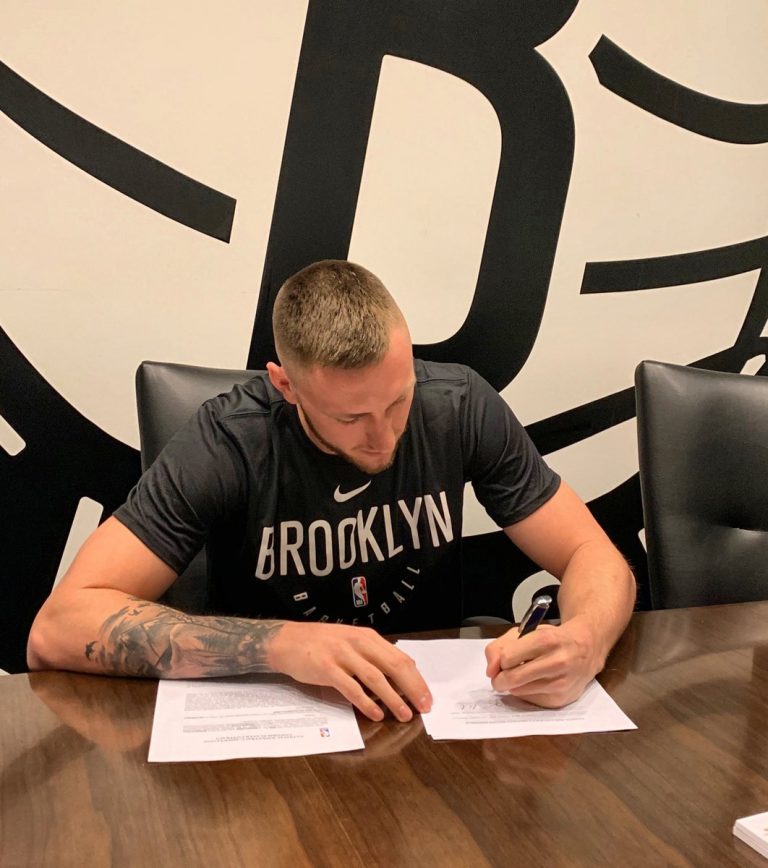 Brooklyn (Jan. 25, 2019) – The Brooklyn Nets have signed forward Mitch Creek to a 10-day contract. Per team policy, terms of the deal were not released. The call-up is the fourth in Long Island Nets history and the first for the team this season.

Creek (6’6”, 225) joins Brooklyn from their NBA G League affiliate, the Long Island Nets. In 25 games (20 starts) for Long Island, Creek has recorded averages of 14.4 points, 5.4 rebounds, 2.2 assists, and 1.0 steals in 30.6 minutes per contest while shooting 54.8 percent (138-of-252) from the field. Creek becomes the fourth call-up in Long Island Nets history and the first for the team this season. Prior to joining Long Island, Creek signed with Brooklyn on Aug. 20 and spent the 2018 preseason with Brooklyn before being waived on Oct. 12.

The 26-year-old previously spent eight seasons playing internationally for Adelaide of the Australian National Basketball League (2010-18) and BG Gottingen of the German Basketball League (2018). Overall, the Australian native appeared in 200 games (101 starts) for Adelaide, averaging 9.4 points, 4.1 rebounds, and 1.4 assists in 21.0 minutes per contest. In 2017-18, Creek was named to the All-NBL Second Team after guiding Adelaide to the finals of the NBL playoffs. He concluded the season ranked second on his team in points (14.8) and steals (1.2), third in rebounds (6.0) and fourth in assists (2.6). He then averaged 11.9 points, 2.7 rebounds, and 1.3 assists in 21.4 minutes per game in seven games for BG Gottingen. Creek also won a gold medal in international competition in 2017 while representing Australia in the FIBA Asia Cup in Lebanon.

Brooklyn Nets: Why Kyrie Irving’s Post-ups Are No Laughing Matter

What the Jocelyn Willoughby Injury Means for New York

New York Liberty: Seven Quotes from Monday’s Scrimmage (and What They Could Mean)