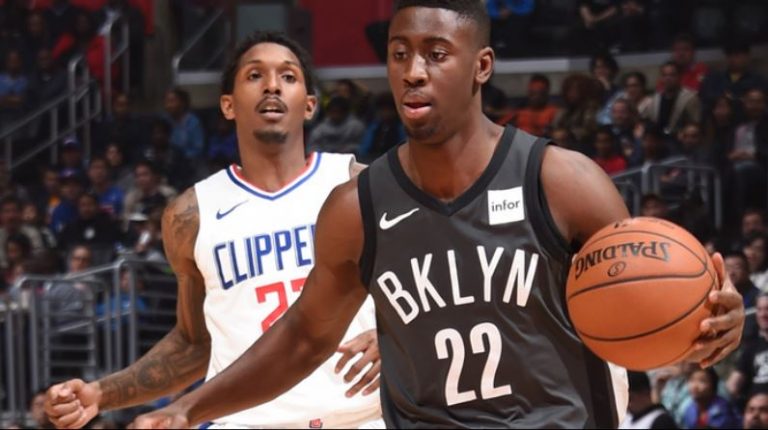 The Brooklyn Nets struggled through an injury-plagued and difficult slate of February games, winning just one contest against the Chicago Bulls in their 10 games in that month. The Nets then lost an overtime heartbreaker against the Sacramento Kings to kick off the beginning of March. However, the Nets did at least have some injury issues clear up. Rondae Hollis-Jefferson and Caris LeVert both returned from significant injuries in late February.

After the difficult overtime loss to the Kings, the Nets had two days off before facing the Los Angeles Clippers. The energy from the time off did not appear to help in the first half as the Nets gave up a 10-0 run to start the game and trailed by 12 points at halftime. However, the team mounted a major comeback after the halftime break, taking their first lead of the game with 9:32 remaining in the fourth quarter. Sadly, the Nets gave up a late run to the Clippers and ultimately fell short in a 123-120 loss to continue a string of heartbreaking recent defeats.`

The Brooklyn Nets ultimately lost this game despite their excellent play during their second-half comeback. However, they would not have needed to come back from a double-digit deficit if they had simply played better basketball in the first half. The 10-0 run by the Clippers to start the game certainly did not help matters, but Brooklyn’s struggles on the defensive end were not the only issues the team had in the first half

The biggest culprit in those offensive issues was Allen Crabbe. Crabbe went 1-7 in the first half and finished the game with a brutal 2-11 night from the floor. Crabbe was not alone in having a rough night on the offensive end, as only one of the Nets’ starting players managed to score in double figures. He was not the only player that struggled to score, however, Crabbe’s miserable shooting night was the most egregious in a night of poor performances from the Nets’ starters.

Allen Crabbe might have had the worst shooting night among Nets players, but his was not the only one worth mentioning. The Brooklyn Nets’ starting backcourt of Spencer Dinwiddie and D’Angelo Russell combined to shoot just 1-12 from the floor in this game. With their struggles (as well as Crabbe’s issues) in mind, Caris LeVert’s spectacular performance was even more stunning. LeVert made 11 of 19 shots from the floor en route to a game-high (and career-high) 27 points. He also added five assists, five rebounds, and a spectacular block in the second half.

Part of Brooklyn’s struggles in recent weeks has been due to LeVert and Rondae Hollis-Jefferson missing time with various injuries. While this was LeVert’s fourth game back from his injury, this performance was hopefully a positive sign of what is to come. Although Caris is probably going to come off the bench for the rest of this season, he should receive major minutes for the Nets as the season winds down.

Caris LeVert might have played a fantastic game off the bench, but he was not alone on that front. Even though the Clippers’ bench features the presumptive Sixth Man of the Year winner in Lou Williams, it was Brooklyn’s bench that turned the tide of the game in the second half and controlled the action. All four bench players scored in double figures, while only one starter (DeMarre Carroll) cracked that barrier.

Dante Cunningham led the Nets in plus-minus with a +18 and played solid defense while also chipping in more than usual on the offensive end. Joe Harris provided the spacing and scoring that Allen Crabbe did not in this game. Rondae Hollis-Jefferson has been coming off the bench since he returned for his injury, but that will probably not be the case after this game in which he played 32 minutes and put up 15 points while grabbing eight boards and dishing out five assists. In a night of troubling performances from the starting lineup, the Nets’ bench held down the fort and almost carried the team to what would have been an emotionally rewarding victory for a team in the middle of a tough stretch.