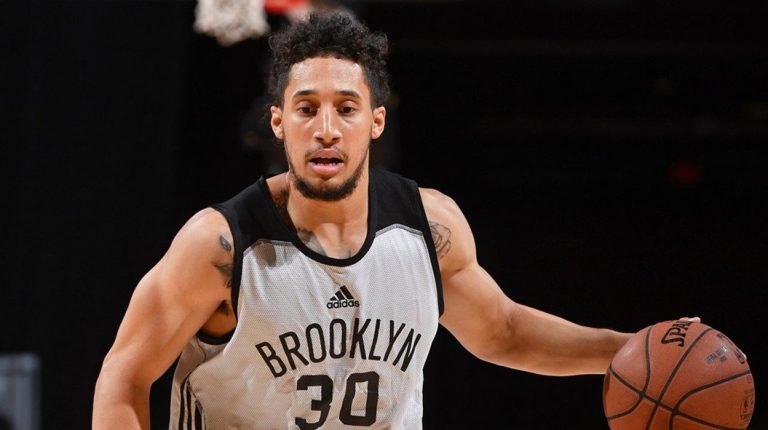 The Brooklyn Nets use a system that relies heavily on three-point shooting. Jeremy Senglin will fit perfectly in that system.

Jeremy Senglin had some massive shoes to fill from the minute he started his college career. One year after Damian Lillard was drafted sixth overall following three years at Weber State, Senglin found his way to the same school. While he did not follow directly in Lillard’s footsteps, it would be safe to say that Dame’s shadow would follow any point guard in the school’s program.

Somehow, Senglin managed to surpass even the wildest of expectations. He finished his college career as Weber State’s career scoring leader with 2,078 points. Furthermore, he finished second in career field goals made (665), third in assists (343), fourth in 3-point field goal percentage (42.2 percent) and eighth in steals (110). Senglin started in 123 of his 124 college games and managed to work his way into the record books in the process.

While Senglin did not enter the NBA with the same expectations as Lillard, he quickly found a path to the big leagues. After playing with their Summer League team, the Brooklyn Nets signed Senglin, along with fellow Summer League standout Milton Doyle. Senglin will probably spend most of the 2017-18 season with the Long Island Nets. However, his excellent shooting touch will make him a great long-term fit for Kenny Atkinson’s offensive system.

Damian Lillard is one of the league’s most accurate shooters, especially from long range. Jeremy Senglin does not have Lillard’s sensational scoring prowess. However, Senglin does certainly have the ability to rain in shots from deep.

While it may take Senglin some time to adjust to the deep NBA/G-League line, his elite shooting from deep would be a good bet to translate to the next level. His shot from above would certainly be behind the NBA line, but even the best shooters in the world take some time to adjust to a deeper 3-point line when they make the jump to the NBA.

Despite Senglin’s rankings among Weber State’s all-time assist leaders, he is not a primary creator for others. His vision is adequate, but will be average at best in the NBA. His handle is certainly solid enough for the college level, but his lack of relative explosiveness will make it difficult to get to the rim consistently.

Furthermore, Senglin will struggle on the defensive end in the NBA. He does not have the superior athleticism necessary to guard most of the league’s point guards, and he is simply too small to effectively cover shooting guards for extended periods.

However, Senglin’s shooting touch is hard to understate. He took a truly remarkable 822 attempts from deep in college and knocked down 42 percent of them. Even as he made his way into his school’s record books with his scoring prowess from deep, other teams were not able to prevent Senglin from pouring in shots from deep.

The NBA is taking more 3-point shots than ever before. Kenny Atkinson and the Brooklyn Nets are still 3-point happy by current NBA standards. With that in mind, it’s hard to imagine Senglin not findind a role with the team sooner rather than later. Once he gets adjusted to the NBA arc, Senglin could be a lethal bench spark plug for the Nets as soon as next season.