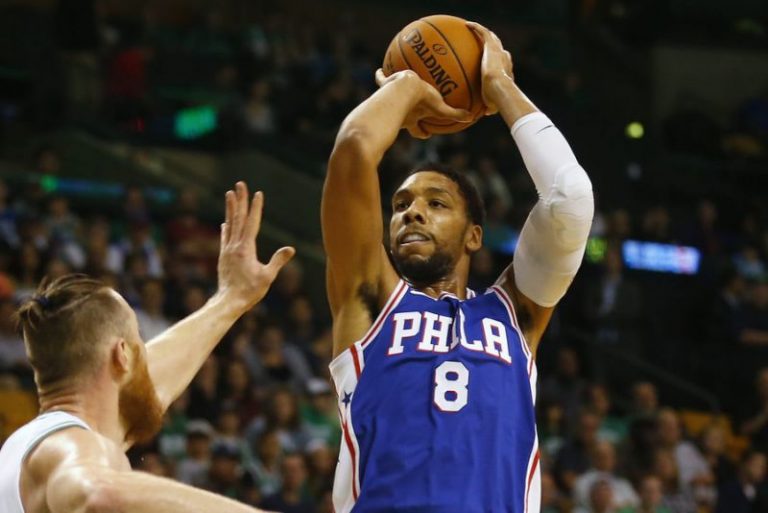 Potential and Outlook of Jahlil Okafor Experiment for Brooklyn Nets

The Brooklyn Nets took a flyer on much-maligned center Jahlil Okafor, a low-risk move that could shore up the Nets’ biggest weakness overnight.

The Brooklyn Nets were desperately thin at center to start the season. Timofey Mozgov and Jarrett Allen were the only two players on the roster taller than 6-foot-8 prior to the Tyler Zeller signing. Zeller has taken the starting role from Mozgov in recent weeks. However, neither of them averages even 20 minutes a game. Allen has an incredibly high ceiling, but he is still only 19 years old. When a player the team signed on September 12 is starting before the end of November, it is desperately thin at that position.

Sean Marks took a big step to remedy that this Thursday, trading Trevor Booker to the Philadelphia 76ers for Jahlil Okafor, Nik Stauskas and a future second-round pick. While Booker will be sorely missed, his contract expires at the end of this year, and there was no reason to expect him to stay in Brooklyn. Instead of losing him for nothing, Marks took a flyer on the third overall pick from 2015 to pair with fellow 2015 outcast D’Angelo Russell.

Nik Stauskas has barely played this season, but he made 36.8 percent of his threes last year and could thrive in Brooklyn’s three-point heavy offense. The Knicks’ 2019 second-round pick that came over in the deal could be one of the first ten picks of the second round.

However, the crown jewel of this trade is Jahlil Okafor. If Okafor fails to meet expectations, the Nets can move on from him without shedding a tear this offseason. However, Okafor fills the Nets’ biggest positional need and could revive his career with a strong 2018 in Brooklyn.

Offense: For Better AND for worse

Let’s start with the bad news about Okafor. The 2015-16 Philadelphia 76ers were an abject disaster. The team won just 10 games that season, and Sam Hinkie was forced out midseason with a combined effort from Adam Silver and the Colangelo cabal. They scored fewer points per game than all but one NBA team and allowed more points than all but one other NBA team.

Somehow, this abysmal team played even worse with Jahlil Okafor on the floor. The Sixers averaged an almost unthinkably bad 92 points per 100 possession with Okafor on the court and a slightly less atrocious 99.6 points per 100 possessions with him on the bench. Furthermore, Okafor cannot shoot from beyond the arc — he has made one three-pointer in his career, and his midrange jumper is nowhere near good enough to stretch past the three-point line.

Here is the good news: given all the flak he gets for his inefficient offense, Okafor is a surprisingly effective scorer. He put up a true shooting percentage of 53.6 percent in his rookie year and 54.6 percent as a sophomore. On the one hand, those numbers are slightly below league average. On the other hand, Okafor was pretty much the only offensive option the Sixers had during his rookie campaign, and Okafor still averaged 17.5 points per game. The team might have been better on offense with Okafor on the bench, but playing with the starting unit meant that Okafor and the teammates on the floor with him faced their opponent’s best defenders. Nerlens Noel, who led the Sixers in starts with 62, finished the year with the fifth-worst offensive rating on the team — exactly one spot ahead of Okafor.

Jah’s true shooting percentage might have been below-average for an NBA player, but it was good enough for fifth on the Sixers that year. He was closer to Nerlens Noel’s third-best mark than to Isaiah Canaan‘s sixth-best mark. Okafor might have a reputation as a black hole on offense, but he managed to be one of his team’s most efficient players while leading the team in scoring. With much more floor spacing around him, Okafor will have much more room down low to use his bruising post game. The Nets’ offense worked just fine with Brook Lopez spending a lot of time on the low block; Okafor is not as polished as Lopez and does not have the same caliber of a jump shot, but there can be a home for a post-up big in Kenny Atkinson’s offense.

Jahlil Okafor has struggled mightily on the defensive end in his young career. While almost all young players struggle on that end of the floor, his issues are unlikely to ever fully disappear. His limited lateral mobility makes it easy for players to blow past him in the pick and roll. Brook Lopez is also not exactly that fleet of foot, but he managed to at least partially make up for it with impeccable defensive IQ. Lopez always knew where he was supposed to be on the floor, even if he occasionally lacked the athleticism to get there in time. Okafor could develop that innate knowledge in time but has lacked both the effort and the knowledge to cover people on defense during his time in Philadelphia.

There is, however, a silver lining for Okafor’s defense. He may struggle to defend in space, but he is an effective deterrent around the basket, something the Nets have really needed whenever Jarrett Allen goes to the bench. Opponents shot 53.8 percent against Okafor inside of six feet in 2015-16, which was 6.6 percent worse than league average. That was not a one-time blip, however, as opponents shot 3.6 percent worse than league average from six feet and against Okafor last season as well. Okafor might struggle with some aspects of defense, but he is able to use his size effectively to deter opponents near the basket.

Trevor Booker’s hustle, grit and veteran presence will be sorely missed by Nets players and fans alike. He played his heart out every night and mentored the team’s younger players from his first day in Brooklyn. Booker has only made the playoffs once in his career. While losing him hurts as a fan, it is good to see that his new team has a pretty good chance of making the postseason. He might not have been on the Nets for very long, but Booker embodied #BrooklynGrit more than anyone.

Booker was a joy to watch every night, but he will also be a free agent this offseason. Then again, so will Jahlil Okafor. Getting value for Booker clearly helps the Nets — the 2019 second-round pick alone undersells Booker’s value, but the Nets will get to test drive Okafor to see how he plays outside of Philadelphia. Okafor’s situation was never going to work out in Philadelphia. The Nets have the opportunity he always wanted, and now is Okafor’s time to shine.

Sean Marks might not get the luxury of restricted free agency if Okafor works out, but the Nets will be one of the few teams this summer that will have some cap space if Okafor truly shines in Brooklyn’s final 57 games. If Okafor does not pan out and Stauskas never plays, the Nets got a solid second-round pick for 57 games of Trevor Booker. If Okafor lives up to his third overall pick status, however, the Nets grabbed a franchise-altering big and a pick for an expiring contract.