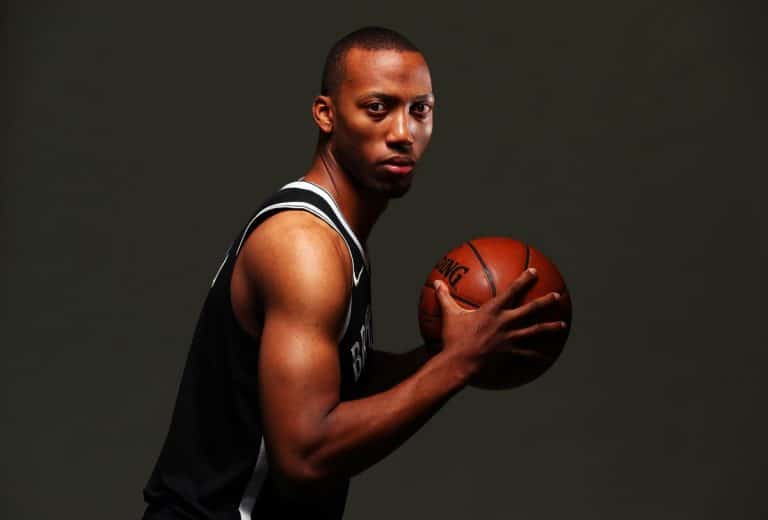 The Brooklyn Nets recently signed Akil Mitchell to their last training camp roster spot. Here is what you need to know about Brooklyn’s new forward.

With training camp already underway, the Brooklyn Nets needed to fill their 20th and final spot. They did so just before Media Day, signing Akil Mitchell, former teammate of Joe Harris and former Virginia forward, to a training camp contract.

Mitchell is not a new face in the Nets’ organization, having played four games with the Long Island Nets last season. He is primarily an effort player on the interior. Mitchell finished his Virginia career as its seventh-leading rebounder. Mitchell also earned All-ACC Defensive Team honors in his senior season.

Akil Mitchell will face an uphill battle to make the Brooklyn Nets roster. However, he will probably stick around with the Nets organization in some fashion, given his Long Island Nets stint last year. If Mitchell manages to earn a roster spot, he will do so by capitalizing on the opening left by the Nets’ lack of size.

Fighting in the Paint

Akil Mitchell will not be heavily involved on the offensive end, whether he plays in Long Island or Brooklyn. He only cracked 10 points per game once in his college career and shot only 57.1 percent from the free-throw line. He also does not have a 3-point shot and only scores around the basket.

However, Mitchell brings a lot to the table in terms of defense and rebounding. His status as the seventh-leading rebounder in Virginia’s history is impressive. That mark is even more impressive when you consider he averaged just 23.8 minutes per game in his college career.

Mitchell continued his strong rebounding ways to start his professional career. He was signed by the Houston Rockets after going undrafted in 2014 but was cut just before the start of the season. Instead, Mitchell spent that season with the D-League’s Rio Grande Vipers, when he averaged 9.8 points, nine rebounds, 1.6 assists and one steal per game. During his short four-game stint with the Long Island Nets, he averaged 8.3 points, 6.8 rebounds and 2.8 assists per game.

In addition to his excellent rebounding, Mitchell is a top-notch defender. At 6-foot-9 with a 7-foot wingspan, Mitchell is big enough to defend all power forwards and even some centers in a pinch. He is a solid vertical leaper with the ability to protect the rim, but his best defensive trait is his lateral mobility. That foot speed allows him to jump into passing lanes and neutralize opponents in transition:

At best, Akil Mitchell has an outside chance of making the Nets’ roster to start the season. However, his skill-set fits in quite well with the Nets’ projected weaknesses in interior defense and rebounding. Nets fans should hope that Mitchell remains with the Long Island Nets to start the 2017-18 season.

Even though he might not make the Opening Night roster, any front-court injury would leave an opening. Given Mitchell’s defensive and rebounding prowess, he might be Brooklyn’s first call for a replacement big man.