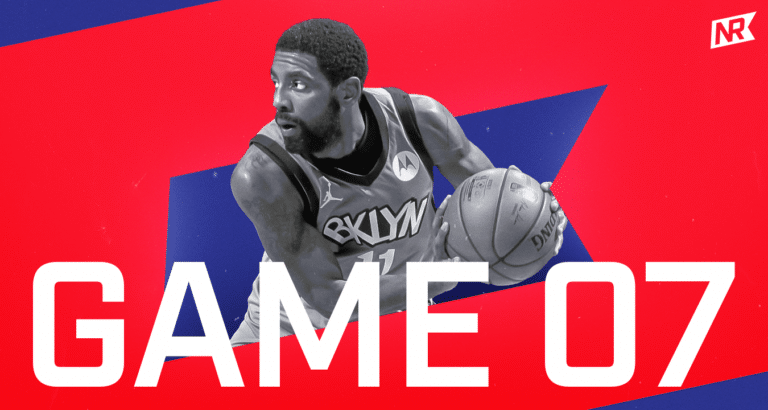 Three Takeaways From the Brooklyn Nets’ Loss to the Washington Wizards

The Brooklyn Nets fell to the Washington Wizards 123-122 Sunday night. Let’s look at three takeaways from the loss.

Well, this isn’t exactly an ideal start for the Brooklyn Nets. But it is also just that — a start. Though being sub-.500 two weeks into the season can only be described as frustrating, growing pains were always going to be part of the process.

On Sunday night against the 1-5 Washington Wizards, unfortunately, those growing pains were apparent for all to see. Let’s take a gander at three takeaways from the gut-wrenching defeat.

In the NBA, and it doesn’t really matter who you’re facing, it’s, well, unwise to provide your opponent multiple opportunities to score the basket after getting the initial stop. Shocking, I know, but the Nets, right now, are gifting their foe with way too many second-chance opportunities.

The Nets are allowing 20.3 opponents 2nd chance points per game. That's worst in the league, by A LOT

Clean that up — even a tad — and the Nets don’t currently possess a 3-4 record; you may think I’m oversimplifying the issue, but that’s quite literally been the difference.

Rebounding has been another issue, to say the least. On Sunday, the Wizards secured 13 offensive rebounds to the Nets’ seven. With the team switching defensively with near-temerity, that disparity isn’t all that surprising … but it also needs to discontinue.

Jarrett Allen has been a force on the boards this season, but there have been far too many instances where his teammates fail to box out their respective covers, relegating him to compensate for what should be a team effort. Head coach Steve Nash addressed this issue after the Nets’ defeat to the Atlanta Hawks on Friday:

“Gang rebounding has got to be habitual for us,” Nash said. “We’re going to struggle there until we’re really good at gang rebounding in my opinion.”

He’ll have to repeat himself again tonight in the locker room.

Admittedly, this could be merged together with the first takeaway but I felt like it needed its own section of the article. Given repeated mentions of how fast the Nets were going to play in the offseason by Nash and how that often correlates with sloppy, unforced errors … I did expect to see a fair share of turnovers on the hardwood. But this is getting excessive.

The Brooklyn Nets committed 20 turnovers on Sunday against the Wizards in a one-point defeat. Twenty. Some of them, actually a good chunk of them, completely avoidable. Nash recognized them as such as well, noting that the Nets’ play was “uncharacteristic.”

Steve Nash chalks up the Nets turnovers to being "uncharacteristic and careless."

Heading into tonight the Nets were 16th in the NBA in turnovers per game, 14.8, per ESPN Stats. Unfortunately for the Nets in this very-early campaign, careless turnovers have, in fact, being a characteristic of theirs. Luckily and fortunately, these are fixable. The team wants to adopt good habits now, ball security is one of them.

The Brooklyn Nets’ Defense is No Longer Top in the NBA

Do you remember those opening two games? You know, when the Nets were running teams off the floor? When they had the NBA’s best defensive rating? Wasn’t that fun?

That’s changed. Drastically. Since the Nets’ blitzkrieg offensive in the opening week of the season, where their defense also looked impregnable, they’ve begun to trend in the wrong direction. In fact, in the last five games — which have included four losses— they have a 26th-ranked defensive rating of 113.2. The opposition is having no real qualms about when and where they can get theirs.

The good news (which, yay!)  is that the Nets actually held the Wiz to just 41.3 percent shooting from the field. The bad news is that they shot the ball 23 more times than Brooklyn did. Those pesky turnovers and second-chance opportunities will get you.

With a defense that’s plummeting down the NBA’s feudal system to where the peasants and serfs are at, Nash and company could look to change things up. Be it through a variety of defensive schemes, maybe it’s changing coverages in the pick-and-roll with their bigs/ball-handlers, or altering to zone more frequently. They also could look to incorporate new personnel on the floor. Here’s looking at you, Bruce Brown!

It’s a long season and we’re just leaving the gates; there’s no need for panic or bedlam. However, with that said, these issues can’t still be present once the postseason rounds.