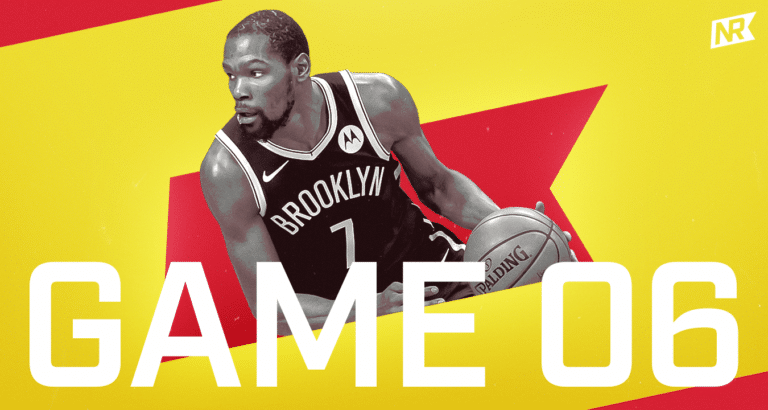 Three Takeaways From the Brooklyn Nets’ Loss to the Atlanta Hawks

It was not pretty from the start. What looked like a lackluster start featuring a few missed shots — with many of us hoping the team would snap out of their slump — just kept going. Fun fact: The Brooklyn Nets would not hit a three until the middle of the third quarter, which also coincided with their last shot at mounting a comeback. With Brooklyn going on a mini-run in that third period, the Hawks quickly stopped it and never looked back.

Here are the three things that changed the outcome.

Kyrie’s Uncharacteristic Night From the Field

Thus far, with the roster as constructed, it’s going to be quite the challenge for the Brooklyn Nets to compensate for a poor shooting night from one of their stars. Tonight that was true and it was ugly.

Despite 28 points from Kevin Durant and the 18 points and 11 rebounds from Kyrie himself, Brooklyn had no real answer for the Hawks. It also did not help that Irving was 6-21 in his field-goal attempts and 2-11 from three-point land. These things happen. You’re not going to shoot lights out every night, but his struggles were pronounced on Friday.

You have to think some of the starters’ struggles are due to a lack of Spencer Dinwiddie. He very well could be out for the season with a partial ACL tear. So far no one has really stepped up to fill the void. Either that player emerges or Sean Marks gets active near the trade deadline.

One of the biggest problems from last night’s game was the ugly rebounding. Turns out that’s an important aspect of the game. Who knew?!

“Gang rebounding has got to be habitual for us,” Nash said. “We’re going to struggle there until we’re really good at gang rebounding in my opinion.”

When a team does not rebound well or defend at a high intensity, for that matter, it can be an ugly sight. Thus far this season, the Nets have often been out-rebounded and out-worked in the interior. You can look at switching relentlessly on defense as a culprit — or for those more cynical even a lack of effort — but they have to be better on the glass moving forward. Even a high-scoring dynamo has to have the fundamentals down pat.

A strong bench can really make or break a team. Depth has its value. For now, Caris LeVert — as the team’s official sixth man — needs to command the second-unit and ensure that our depth is of quality. In other games, we have seen that. But consistency is crucial.

On Friday night, LeVert’s shot selection was questionable and he couldn’t get in double figures. He finished with eight points. After going 10-10 the other night, the tandem of Landry Shamet and Taurean Prince was relegated to just 1-4 shooting from the field. That’s not going to cut it.

TLC, who got the starting nod, finished with just two points. However, it was not all bad. Jeff Green did finish with seven points (3-3 shooting) in his eight minutes. His play has been impressive; if it continues that way, a bump in minutes should be provided to the veteran.

Another guy to look at is Bruce Brown. Though he’s just gotten “garbage time” minutes, he has some intangibles that are intriguing. If the other guys don’t have it on a given night, he could and should see some minutes of actual significance.