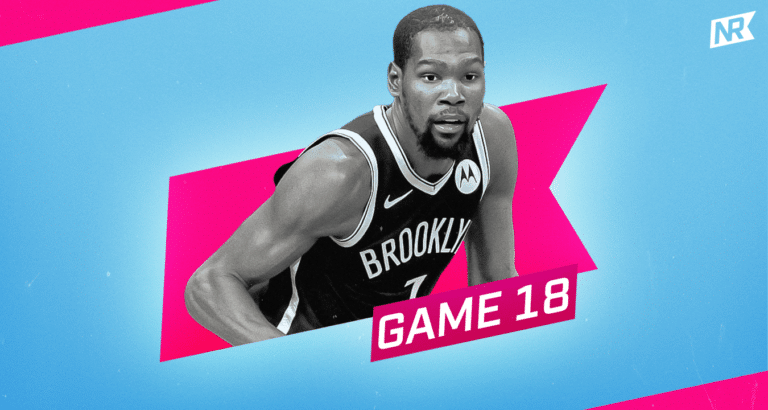 Three Takeaways From Brooklyn Nets Win Over The Miami Heat

The Brooklyn Nets would take their fans on a rollercoaster ride in a 128-124 win on Saturday night over the Heat, ending a two-game losing streak. Here are three takeaways from last night’s game.

Don’t let the final score fool you. The Brooklyn Nets were putting on a nice scoring show last night. A record fourth straight home game over 120 points. Kyrie Irving would lead the game with 28 points. Kevin Durant kept up his MVP pace with 31 points, hitting another Nets team record of 25+ points over 12 consecutive games. For all that watched the game, you know that it was a crazy back and forth contest. At times the Nets look like a 25 point run would be game. Then Miami would battle back and get it as close as two points in the fourth.

This was also the second game of the big three era. In this edition, James Harden was the one shooting very little and Kyrie Irving was the man of the game with an explosive 10-point fourth quarter. That was the most worrisome quarter. It looks like this could be the start of a growth period for them and if this game plan works fans should be for it. Kevin Durant is going to be the star for the Brooklyn Nets and the others will work it out among them.

This is not to say that the Brooklyn Nets bench can not improve their performance. A lot of basketball is left and buyouts and the trade deadline will approach fast. However, for the time being, Nets fans need to see more from players such as Reggie Perry and Timothé Luwawu-Cabarrot, especially on the defensive side, even though that goes for the whole team. Considering that the big three can not play on for the full forty-eight minutes, we need to not see our big leads decrease when they hit the court.

Most likely a trade will be made soon. But how soon? Who knows? There probably won’t be a huge pickup but it likely will be a good one. For the time being, it will be up to the two players mentioned above and Bruce Brown and Landry Shamet to get it going and learn from their starters. They know they have the attitude to fix it and stop some of the big lead losses.

In a big Saturday night matchup coach, head coach Steve Nash decided in the first quarter to try something new, taking out Kyrie Irving and trying a new lineup with James Harden and the bench. With the recent struggles of the team, I do not blame him for working new stuff out especially with the big three looking to find their way. Fans along with the team already know what they should be working on rebounding and defense.

With the lack of practice with Covid protocols, we can all understand some sloppy basketball. However when the simple basketball mainstays like rebounding are struggling it can be hard to take. I’m sure everything is being looked at and the big three will be trying to work out the kinks and get on a nice roll to help the Brooklyn Nets take over the Eastern Conference.