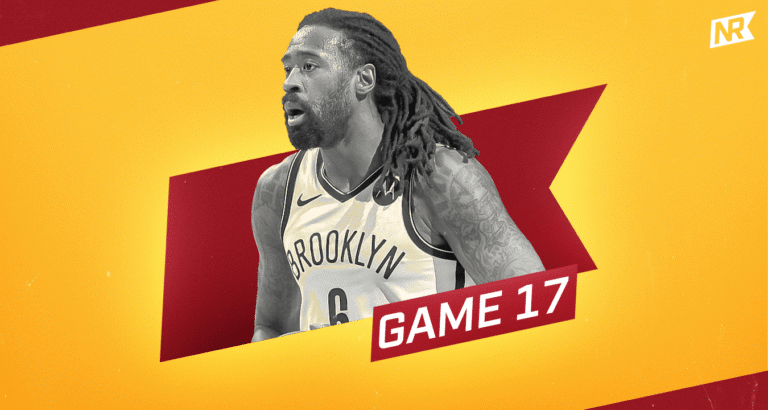 Three Takeaways From the Brooklyn Nets’ Loss To the Cleveland Cavaliers

With yet another frustrating game in the books, here are three takeaways from Brooklyn Nets’ 125-113 loss to the Cavs.

In their second straight disappointing performance against the Cleveland Cavaliers, the Brooklyn Nets struggled on both ends of the floor. The defense appeared lifeless for significant stretches, while the offense labored in Kevin Durant’s absence with poor performances from complementary players.

In his second game back, Kyrie Irving lit the scoresheet ablaze. Finishing with 38 points on 14-24 shooting, it’s clear that Irving — no matter how much national “pundits” may disagree — is clearly not the biggest issue for this Brooklyn squad. Alongside Irving, however, James Harden had an odd night against Cleveland, to put it subtly. While he dished out 11 assists, he only scored 19 points on 6-14 shooting. In a game without Durant, which also saw the team’s shooters struggle, the former Houston Rocket needs to be much more aggressive.

While Harden and Irving carried the Nets on offense, their teammates didn’t give them much help. Outside of those two, Brooklyn shot a horrendous 6-27 (22.2 percent) from behind the arc. With lead guards as threatening as Irving and Harden, outside shooting is critical to a team’s success. But, traditionally knock down shooters like Joe Harris — who shot two-of-seven from three-point range — and Landry Shamet — who finished 0-6 from the floor and 0-5 from deep — just didn’t hit their shots against Cleveland. When they’re not hitting and this team is missing Durant, the path to victory is significantly muddled for this Brooklyn squad.

In a perfect display of the cost of the decision to trade for James Harden, Jarrett Allen and Taurean Prince showed the Brooklyn role players what’s up as the former Nets went off in their second game against their former team. In just 19 minutes of play, Allen put up 19 points and six rebounds on seven-of-nine shooting. While Prince notched 14 points in an impressive showing of offensive talent. Trading for Harden was still the right move for this organization. But boy, oh boy does it hurt to see the guys they gave up punishing them for it.

A Lack of Defensive Effort

All night long, Brooklyn lacked sufficient defensive effort. The Cavaliers rampaged the Nets on the boards, finishing with a plus/minus +21 rebound advantage as Cleveland racked up a whopping 50 boards in comparison to Brooklyn’s mere twenty-nine (yeah, not great.) In fact, Joe Harris — of all people — led the Nets in rebounding.

DeAndre Jordan, Jeff Green, and Reggie Perry were bullied in the paint by Andre Drummond and Allen. Obviously, Kevin Durant’s absence played a role in the discrepancy. But the struggles on the glass were synonymous with an overall underwhelming performance from the Brooklyn frontcourt.

Additionally, the defense from Kyrie Irving and James Harden was uninspiring. While their combined offensive firepower overshadows any defensive deficiencies, Irving and Harden both came up lacking in the effort department. As the active two stars on the team, that’s unacceptable for an already depleted roster.

Why Does This Keep Happening?

Now that Brooklyn is 17 games into the season, a pattern appears to have emerged regardless of the roster: the Nets have a habit of consistently losing to bad teams while beating — sometimes quite handily — good teams. They’ve got wins over the Milwaukee Bucks, the Philadelphia 76ers, the Boston Celtics, the Golden State Warriors, and the Atlanta Hawks but have lost to mediocre and bad teams like the Cavaliers (twice), the Memphis Grizzlies (twice), the Charlotte Hornets, the Oklahoma City Thunder, and the Washington Wizards.

Frankly, it appears as if the Nets get up for big games but isn’t willing — granted this was just the fourth game with Harden in Brooklyn and was only his and Irving’s second appearance together — to show up in matchups against subpar competition. Of course, the Nets are still adjusting their rotation after trading Caris Levert, Jarrett Allen, and Taurean Prince away. But, that by no means serves as an excuse for this team’s poor performances against mediocre competition.

Hopefully, with more time together, the Irving-Durant-Harden combination will find its footing and guys like Harris and Shamet will begin to hit shots again. The addition of Norvelle Pelle and the two other roster spots that Sean Marks has yet to fill will prove to be critical for the Nets’ this season.

Saturday night, the Nets will look to bounce back with a contest against the Miami Heat at 8:00 PM EST