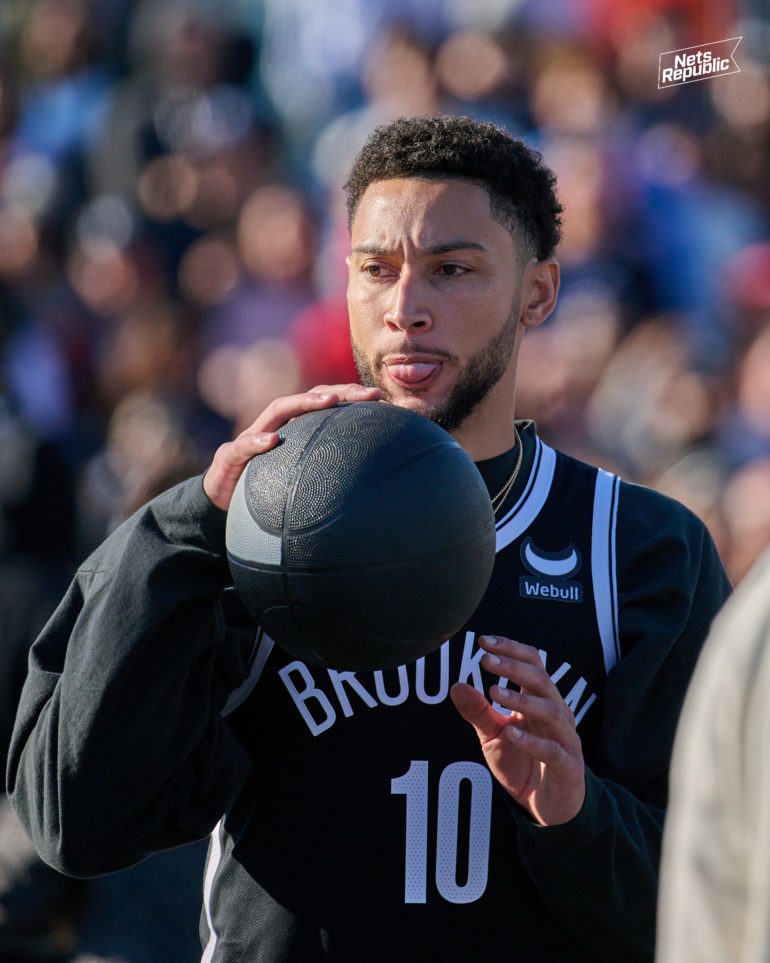 The Case For and Against Ben Simmons

There are few players more divisive in the NBA than Ben Simmons. Some view him as a generational athlete with LeBron-like passing acumen, combined with otherworldly defensive skills. Others see him as a bonafide scrub, scared to shoot, scared to go to the free throw line. Where does the truth lie?

The underlying issues for Simmons seem to go beyond the physical aspect. The mentality and confidence that he has in himself and his body don’t seem to be there. So if all it takes is a little time, and a change in mentality, then surely it all comes together, right?

He’s already shown moments where he’s used his 6’10 frame to his advantage.

Admittedly, those moments are few and far between. However, it’s not to say he can’t regain that confidence in himself and his own body. Returning from a serious back injury and mental health struggles would leave the best of us with concerns for our own body. For a player that receives a relentless amount of negativity from all sides of the media, it would be hard to escape the noise.

He’s also flashed the passing brilliance that few players of his size and ilk possess.

The lackluster spacing around Simmons hasn’t allowed him to showcase the elite skills he has. Playing him alongside non-spacing bigs like Nic Claxton and Day’Ron Sharpe highly limits his ability to create shots for himself and others, which he’s shown a strong ability to do in the past, especially when it comes to creating perimeter shots for teammates. If the Nets were to acquire a three-point shooting center, or play him in spurts at the five, you’re likely to get a better version of Ben.

Ben Simmons’ debut for the Nets left a lot to be desired. He fouled out in only 23 minutes and had little to no impact on the game. His third game against the Memphis Grizzlies was much more of the same. Ultimately, it was another timid performance with very mild spurts of the old Ben, though largely an uninspired game.

An indicator of a player’s offensive desire and aggressiveness is their driving numbers. The mentality to get to the rim or at least show a level of intent to do so, can show how a player is tracking in that department. Simmons’ drives per game have dropped drastically as a Brooklyn Net. As of writing, he’s only averaging 5 per game, even Royce O’Neale is averaging more drives than him. You compare that to his last season in Philadelphia where he averaged over 10 drives per game.

I’d be showing him film like this and saying to him “GOOD THINGS HAPPEN WHEN YOU DRIVE THE BALL BENJAMIN!”

The defensive side of the floor is normally where Simmons shines. His unique frame combined with size, quickness and quality defensive instincts have made him a menace for opposing offenses. The thing is, he’s not that version of himself right now. With a very small sample size (84 minutes), the Nets have a shocking 134.7 DEFRTG. That’s obviously a little noisy given all the misgivings with the team defense as a whole for Brooklyn. One thing it isn’t, however, is the fact that Ben has racked up 14 fouls over three games. When you have more fouls than field goal attempts, that’s certainly an area of concern.

We may be miles away from the career-showing he had against Utah a few years ago, but is there a version of Ben that can play high-level defense and show some offensive purpose without being an overall net-negative on the floor? Only Simmons has the answer to that question.

The answer to the question posed at the start of this article is tough. Is Ben Simmons a generational talent or a scrub? Ultimately, it depends on the night you’re watching Simmons play. While it may be easy to stringently defend or stringently criticize the Aussie sensation, trying to decode the enigma of Ben 10 requires a semblance of nuance, which is why both sides of the argument can be correct. Nets fans will be hoping for a revitalized Simmons after an inconsistent start to his Nets tenure.