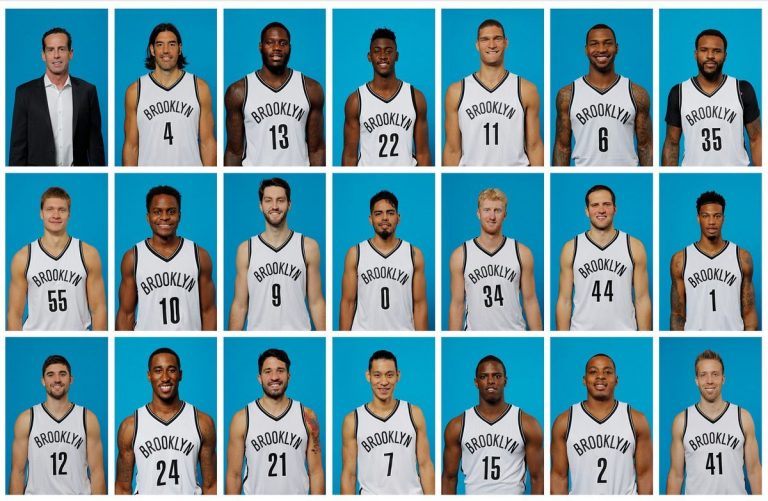 As the summer nears to an end, it’s time to look back at how the Brooklyn Nets used their resources. Unlike in previous seasons, the front office obviously had a clear vision for the future of the franchise. Though their generous offers to Tyler Johnson and Allen Crabbe were matched by their original teams, the Nets were ready with a Plan B. They signed some promising youngsters and hardened veterans on short term deals, turning their sights to the 2017 free agency. With 15 guaranteed and three partially guaranteed contracts on their roster, the team is pretty much complete.

Let’s take a look at what the Nets have assembled for the upcoming season.

The starting spot firmly belongs to the team’s brightest star and their biggest free agent acquisition this summer, Jeremy Lin. There were numerous reasons he accepted this offer, the chief of them being the opportunity to finally lead a team. Lin will be the Nets’ main facilitator and backcourt scorer, as well as the focal point of the entire offense. His pick-and-roll game with Brook Lopez will likely be the team’s bread and butter early on in the season. From his return to Brooklyn to a reunion with Kenny Atkinson, everything points towards this season being Lin’s best one yet. Don’t tell anyone, but Linsanity might be making a comeback.

Greivis Vasquez figures to be Lin’s main backup, but Atkinson has mentioned playing them in the same lineup as well. While Lin is resting, Vasquez will take over as the team’s main creator. His experience and passing prowess will both be of huge help to this roster. Isaiah Whitehead provides an additional option at the point, though he’s really more of a combo guard. Yogi Ferrell will also be pushing to make the final 15-man roster.

There are two main reasons Bojan Bogdanovic should get the nod as the team’s starting shooting guard. Firstly, he’s the most consistent outside shooter Atkinson has at his disposal. This roster is light on guys who can be counted on to convert 40% of their three-point attempts, and starting Bogdanovic will go a long way towards rectifying that. Secondly, Sean Marks and Atkinson will be interested in seeing what Bogdanovic can provide in a starting role. He’s entering the final year of his contract, and it’s not yet clear whether he’s part of the team’s future. He’ll play some minutes at small forward as well.

Sean Kilpatrick was one of the team’s biggest success stories last season, and he’s likely to continue filling the role of energy guy from the bench. He’ll have stiff competition for those minutes, however, with Randy Foye and Joe Harris also ready to make an impact. Each of them brings different qualities. Kilpatrick is a solid volume scorer, Harris is the most reliable outside shooter, while Foye has a decent all-round game. The rotation is not exactly set in stone here, and the preseason games should give us more information to work with.

With a nasty ankle injury fully behind him, Rondae Hollis-Jefferson is set to regain the role of starting small forward. He showed a lot of promise in limited minutes last season, and his upside is sky-high. It doesn’t hurt that he’s unquestionably the team’s best defender. In this offensive-minded Nets team, he’ll often be asked to guard the opposing team’s best player. If he continues to improve his shot, there’s no reason he can’t become a genuine star in this league.

With Bogdanovic ready to chip in for ten minutes a game, there’s not much playing time to go around here. Caris LeVert could get some minutes here due to his positional versatility and athleticism. He still needs to prove he’s worthy of a rotation spot in the league, but Atkinson will be happy to give him a chance. If needs be, Beau Beech can provide some outside shooting off the bench.

This is another starting spot with a lot of competition. At the start of the season, the Nets will probably turn to Trevor Booker and his never-say-die mentality. With six solid NBA seasons behind him, he’s a known commodity in the league. With Lin, Bogdanovic and Lopez doing most of the work on offense, Booker’s main role will be to hustle for rebounds and play defense. If he finally starts hitting those corner threes at a higher percentage, he’ll become even more useful to the team.

If Atkinson starts looking for more productivity on offense, he’s likely to give a chance to Luis Scola. With his arsenal of post moves and a newly-found three-point shot, Scola could end up annoying a lot of opponents. He also brings some veteran leadership to this roster, which should not be understated. His main competition for rotation minutes at the four – Chris McCullough – is the exact opposite. McCullough is bursting with potential, but his offensive game is ridiculously unpolished. Still, he’ll definitely get his chances throughout the season.

And then there’s Anthony Bennett. At this point in his career, Bennett still needs to prove he’s worthy of being in the NBA. Expect him to make an appearance later on in the season, and hope for the best.

For almost an entire decade now, Brook Lopez has been the Nets’ starting center. It doesn’t seem like that will change anytime soon. He’s still one of the best scoring centers in the league, and his partnership with Jeremy Lin should bring additional positive impact to his overall productivity. Whether he’s working the post, shooting a jumper or rolling to the rim, Lopez will be a huge threat to opposing defenders. Don’t be surprised if he starts putting up All-Star numbers – this should be the most comfortable he’s been in years.

His main backup is Justin Hamilton, an intriguing prospect coming off a successful season in Spain. His NBA experience is relatively limited, but his inside-outside game is fairly promising. He can do a bit of everything on the offensive end, though he can’t be relied on for rim protection. That’s a job better suited for Egidijus Mockevicius, who will be fighting for a spot on the final roster. Mockevicius is also a great rebounder, but it remains to be seen how his game translates to the NBA level.