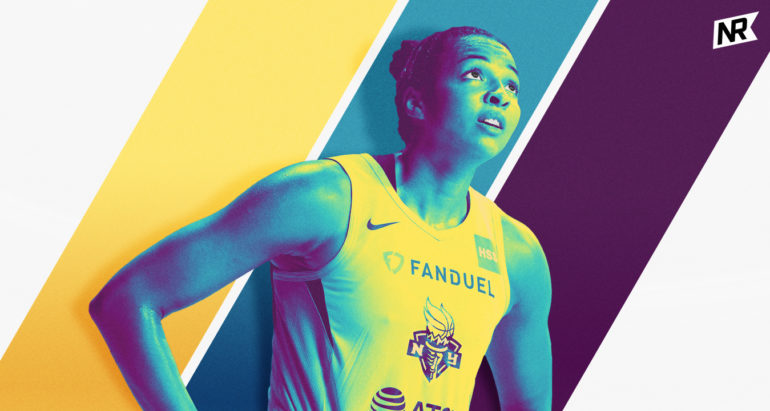 On Wednesday, the Liberty released long-tenured New Yorker Kiah Stokes. Where does the team go from here? NR investigates…

Kiah Stokes, one of the longest-tenured members of the New York Liberty, has been waived, the team announced on Wednesday. Stokes had been with the team since the Liberty chose her 11th overall in the 2015 draft and departs New York (8-9) as the franchise’s all-time leader in blocks (195). The waiving comes after Stokes signed a one-year contract extension shortly before the Bradenton bubble was deflated.

She did not play in the Liberty’s most recent game on Tuesday night in Atlanta due to personal reasons.

What’s next for the Liberty?

Stokes’ release is the end of an era for the Liberty interior. She was one of two active New Yorkers to have played a home game at Madison Square Garden, leaving Bec Allen as the only Manhattan leftover. While Allen has stuck around through a system that seems tailor-made for her, Stokes never seemed to truly fit in the new regime’s playbook.

The waiving makes Stokes the latest casualty of the Liberty’s de facto purge of the MSG days, one that even the team’s beloved canine mascot Maddie (named after The World’s Most Famous Arena) couldn’t escape. Stokes’ departure is one of curious timing as Natasha Howard continues to inch her way back from a knee injury, but it potentially shows that the Liberty are trusting some of their newer members to tread the interior waters until the former Defensive Player of the Year and WNBA champion returns.

Kylee Shook, for example, has averaged 10 rebounds over her last three games, a tally that includes matching career-best showings of 11 last Thursday and Saturday. Michaela Onyenwere has also shown a new sense of fearlessness in the paint, all while Stokes saw her minutes dwindle. Stokes hadn’t played more than 20 minutes in a single game since June 3 when he partook in 32 against Las Vegas. That was her last game before she flew back overseas to partake in Turkey’s EuroBasket endeavor.

Like Layshia Clarendon before her, the release of Stokes makes sense as the Liberty can’t afford to keep veteran roster invitees nailed to the bench. On the other hand, Stokes, again like Clarendon, probably won’t have to wait too long before a more established, veteran team comes calling. A reunion with Bill Laimbeer, for example, could be possible in Vegas.

Even before she spent two separate terms with the Liberty this season, doubting Reshanda Gray’s WNBA longevity was a fool’s gambit. Gray reintroduced herself to WNBA regular season action after a two-year absence in 2019, another seafoam season, and became a silver lining and source of stability for a young team in need of a life preserver.

After 10 bubbled games with Los Angeles last summer, Gray returned to the Liberty for two more stints on hardship contracts while Stokes fulfilled international duties. In her most recent stretch (four games between June 13-20), Gray averaged 8.0 points and 3.5 rebounds over an 18-minute average span. Her temporary teammates made it clear she built a right to stay in the league full-time.

“I think it’s obvious the way she’s playing,” Allen said when asked if Gray deserved a full-season deal in New York or elsewhere. “She’s strong. I think she has the largest heart of anyone…she’s done so, so well. She’s made her name even bigger.”

“Gray-Gray’s awesome. She’s such a great person, great spirit to have around,” sophomore Jazmine Jones added. “On the court, she brings that toughness, grit, will to win…(she’ll) dive for a loose ball, get her hands on a rebound…Gray-Gray definitely belongs in this league.”

Is a fifth shade of Gray on its way back to New York? Tuesday night’s box score may have left some breadcrumbs. Though Gray doesn’t appear on the Liberty’s official roster, the box score on the league’s official website had her name on the New York side.

Some felt that the Liberty could’ve taken a waiver on the LA-bound Lauren Cox after Indiana bid her farewell. While adding yet another youngsters might’ve made things interesting in the bubble, the modern Liberty need more grounding, an effective veteran presence. Gray, who could write a book on perseverance in professional basketball, is an ideal addition toward that end. Financials could make that difficult, as Stokes was in New York on a protected contract, but she’s undoubtedly the most familiar option out there.

What makes the timing of Stokes’ release more interesting is that they’re, for now, down another interior body while Howard’s out. The Liberty may put some interior trust in Onyenwere and Shook, but this also further solidifies their commitment to the outside game.

One thing that seemed to enthuse Liberty management was Stokes’ participation in the outside fearlessness. After taking only three triples over her first four New York seasons, Stokes took 85 last season (third-most on the team) but that looks like it’s going to be one of the more prominent outliers in WNBA statistical history. Through nine games, Stokes took only two from beyond the arc.

Of course, that could be a case of Stokes realizing her strengths and opting to focus on interior activities. If Laimbeer-based familiarity doesn’t surface, Stokes could well assist a team like Atlanta (11th in the league in rebounding) or provide some veteran stability for an Indiana squad desperate for any form of cohesion.

As for the Liberty—second in the league with 28.6 attempts per game—it appears they’re renewing their vows to the triple through the release of Stokes, even if that’s not her primary function. As New York continues to make their case for the last non-Seattle/Las Vegas/Connecticut playoff bye (they’re one game out at the midway point), it’s clear that such a postseason quest will be realized or failed through the three. The release of Stokes after she more or less abandoned her outside work seems to further hint at that commitment.