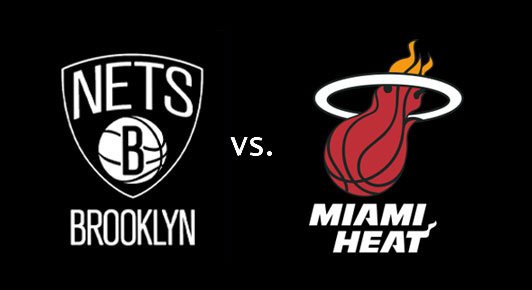 The Brooklyn Nets debuted a new era last week. Kevin Durant, Kyrie Irving, and Ben Simmons all started in a preseason matchup against the Philadelphia 76ers, and looked decent, albeit a rough start. Last Thursday, the Nets faced off against the Miami Heat—this time without Kyrie Irving. Unfortunately, the same trends continued to make themselves known, as Brooklyn’s lack of chemistry was put on full display.

Brooklyn got off to a fast start, pushing the pace with Simmons at the helm. Royce O’Neale played quality minutes in the first quarter, and Durant looked smooth. Ball movement was an emphasis for the Nets early. After taking a six point lead, however, Miami pushed back. Poor communication and bad passes put Brooklyn in a funk, unable to find ways to get an easy bucket. Brooklyn missed out on several opportunities down the stretch of the quarter, which ultimately led to Miami holding a small advantage heading into the second period.

Simmons, without a doubt, is an excellent passer. However, an issue made evident in this first half, was his lack of scoring. Miami knew that Ben was going to pass whenever he got the ball, which led to multiple turnovers. Transition defense was another glaring hole. The Heat feasted on Brooklyn’s inability to get back in a defensive set, and took a 43–26 lead just three minutes into the second quarter. Durant scored practically whenever he wanted, but the Nets couldn’t find a second scorer to stay consistent. Because of this, Miami sent a plethora of double teams at Durant, which slowed his efforts down. Heading into halftime, the Heat led 61–43, generating 12 Brooklyn turnovers.

Interestingly enough, Brooklyn’s starters remained on the court to begin the second half. It makes sense, since players such as Durant and Simmons need minutes together. Miami maintained a large lead throughout the period though, and Steve Nash eventually pulled his starters with a few minutes left. Edmond Sumner, Cam Thomas, Markieff Morris, and others gave it their best shot, but could not cut into the deficit. With 12 minutes left to play, the Heat led 83–57.

Generally speaking, the fourth quarter told the same story. Despite a couple of small runs on occasion from the Nets, they couldn’t do nearly enough to make the game close. Day’Ron Sharpe finally saw playing time, and made the most of his minutes. Sharpe’s development as a center will potentially be key to Brooklyn’s future success, if they decide to utilize him moving forward. After a lackluster offensive performance across the board, Brooklyn fell to the Heat 109–80.

Clearly, the Nets need time to develop chemistry with their key pieces. Seth Curry, Kyrie Irving, and Joe Harris were all inactive on Thursday night. Not to mention, TJ Warren is still a ways away from stepping on the court. With that in mind, this unit needs a lot of work. The camaraderie simply is not there. On one hand, it’s to be expected. These players have hardly played any minutes together, and will continue to get better as time goes on. On the other hand, however, there’s only two preseason games left. If the Nets truly want to be a contender this year, they have to build some level of cohesiveness early.

Last year was a blatant example of why chemistry matters. Brooklyn had loads of talent, but could not put it together due to the injuries, drama, and everything else that occurred in 2021–2022. This year, that cannot be the case. With the regular season fast approaching, the Brooklyn Nets have a lot of screws to tighten up.