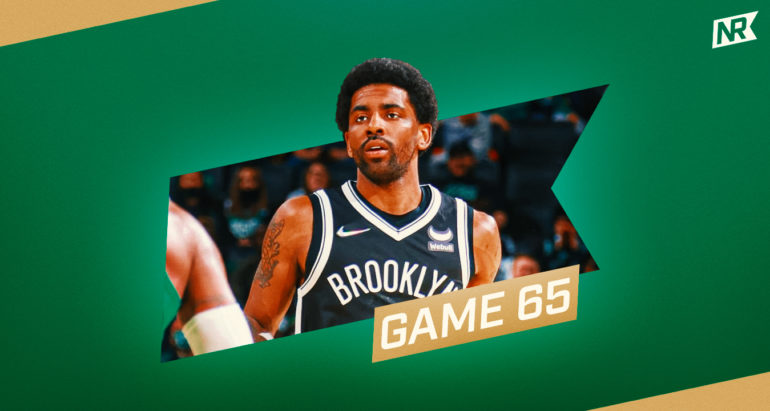 Nets vs. Celtics Recap: Tatum’s 50-Piece Too Much For Brooklyn to Handle

As the playoffs approach, teams across the NBA are fighting for the upper hand when it comes to seeding. After the All-Star break, there is a sense of urgency for organizations to ensure a postseason berth. Unfortunately, Brooklyn has been lacking that passion and aggressiveness, resulting in a free fall that could hamper the rest of their season. In Boston, a disjointed effort cost them dearly, and the Nets fell under .500 for the first time in 2022 on Sunday afternoon.

Kevin Durant was spectacular from start to finish, being one of the sole bright spots. He scored a quick eight points for the Nets, putting the team in a rhythm during the first quarter. Bruce Brown in particular was excellent, creating plays for Brooklyn on both ends of the floor. His energy since the all star break has been outstanding, earning himself a starting role once again. Heading into the second quarter, the Nets held a 34–29 lead.

As the game continued, the game’s trends were in plain sight: Durant could not be stopped, but nothing would slow down Jayson Tatum and the Celtics. Brooklyn lacked intensity on the defensive end, allowing Boston to hang around when the Nets had opportunities to pull away by larger margins. Despite Durant’s 19 points at halftime, Brooklyn only led by two. Kyrie Irving struggled in his return to TD Garden, missing open looks that are normally easy money for the shifty guard.

In the third period, it was a similar story. Boston scored at will and with ease, but the Nets responded with impressive offensive sequences of their own. A flurry of buckets from Durant granted Brooklyn an 87–79 lead. However, defensive breakdowns towards the end of the quarter allowed the Celtics to pull within one point, and Boston grabbed hold of momentum with twelve minutes left to play.

Disappointingly, things only went downhill from there. While Brooklyn produced relatively well at the offensive end, their inability to slow down the Celtics came back to haunt them down the stretch. The team as a whole failed to get back in transition, which in turn allowed for too many open looks for Boston. With several minutes left, the Nets trailed 110–102 and looked out of steam completely.

Durant powered the Nets on a 9–0 run, scoring and facilitating at a high level. A three pointer from Seth Curry gave the Nets a 111–110 lead with three minutes left, but that would mark the final time they led. Costly turnovers, lackluster ball movement, and poor defense resulted in the Celtics putting the nails in the coffin. With time trickling down, “Kyrie Sucks” chants rang out throughout the arena, as the Celtics iced the game at the free throw line. Boston ultimately won 126–120, and the Nets dropped to 32–33 on the season.

While Sunday’s loss is largely due to Brooklyn’s lack of defense, Irving is also to blame for the Nets failures down the stretch. He finished the game with only 19 points, on 8–18 from the field. With Ben Simmons still on the bench, Irving needed to show up in Boston, and he did not—leaving Durant to carry most of the weight.

Of course, every NBA star is expected to have off games. Irving has had several excellent performances in a row, most recently leading Brooklyn to victory over Milwaukee last weekend. That being said, Irving’s situation is a bit different than most. Considering he is only playing part-time, the Nets need him to play well in every game he is available for. Brooklyn is already struggling due to his current status. If Kyrie cannot be at 100 percent in the few matchups that he participates in, it is going to be difficult for the team to improve. Durant cannot continue carrying the load on his own, otherwise the road ahead will not be rewarding.

Besides Durant, Brown, and LaMarcus Aldridge, most of the team never found a groove on Sunday. Curry and Andre Drummond made minimal impacts, scoring a combined 14 points. Patty Mills shot just two field goal attempts all game, and rookie Cam Thomas left the game in the first half due to a back injury. As previously mentioned, Durant was forced to do most of the dirty work himself, which put the Nets in a hole that they could not dig out of late.

At the end of the day, Brooklyn desperately needs to discover some sort of chemistry heading into the final few weeks. It has been exponentially difficult to do so, especially with the injuries and lineup instabilities. Brooklyn has seen 37 different starting lineups this season; leading the NBA in that category. Due to this, the squad has noticeably taken steps backwards at times. Hopefully, this can improve moving forward, otherwise the Nets will have a tough time even making the playoffs.